This website requires the use of Javascript to function correctly. Performance and usage will suffer if it remains disabled.
How to Enable Javascript
Extreme Weather a Factor in Record Global Food Prices 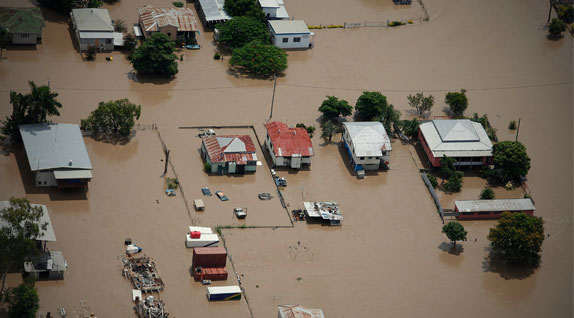 According to the United Nations Food and Agriculture Organization (FAO), world food prices for basic commodities—wheat, corn, dairy products, meat and sugar—hit record highs in 2010, and continue to rise.

The FAO’s food price index rose from 213.5 points in June 2008 to 214.7 in December 2010. The Gulf News wrote, “In 2010, low-income for deficit countries’ import requirements were around 89 million tonnes of cereals…Of this, African countries imported 43 million and Asian countries 44 million tonnes.”

The Independent reported, “Global food price has risen for the sixth month in succession. Wheat has almost doubled since June, sugar is at a 30-year high, and pork is up by a quarter since the beginning of 2010.”

The Chinese regions of Pucheng and Kuandian, recorded 25.61 inches of rain in June and 34.57 inches in August, respectively, which greatly affected farmlands. North Korea, another severely affected country, is expected to have a food shortage of nearly half a million tons, despite a 3 percent increase in staple food production. 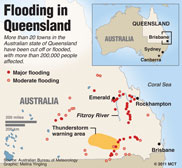 Elsewhere, Russia experienced its worst drought in 50 years, with temperatures averaging 11 degrees Fahrenheit above the normal July climate. At the same time, rainfall was below average, creating dry conditions that sparked wildfires later that month.

Having suffered a summer drought, Ukraine (as did Russia) limited the export of wheat. In 2009, Ukraine harvested 50.7 million tons; the nation harvested 7.7 million tons less the following year.

Can Rich Nations Feed the World?
Food crises knock on the doors of every nation, causing even prosperous countries to wonder how long they can provide for others.