Library
Home   Library   Questions and Answers     Salvation and the Afterlife

Some cite this account, found in Luke 23:39-43, as validation for the doctrines of “deathbed repentance” and “the saved go to heaven.” But does it really prove that? The answer is NO.

The verse that is so commonly used to support these doctrines is verse 43, which states, “And Jesus said to him, ‘Assuredly, I say to you, today you will be with Me in Paradise.”

Christ could not have literally meant “today,” because He Himself would not be resurrected until three days and three nights after burial (Matt. 12:40). Obviously, He had not, at that point, even died. Since Christ and God the Father are of the same mind (John 10:30), and God “cannot lie” (Titus 1:2), Christ was not telling the thief that he would be with Him “in heaven” that day. He did not even mean it in the general sense of “here and now” (i.e., in today’s world). He had stated, in John 3:13, “No one has ascended to heaven…”

The meaning of the Luke 23 account is distorted because of a simple error in translation. The comma following Christ’s lead-in statement, “Assuredly, I say to you…” was misplaced, thereby changing the entire meaning of His words. The original Greek, in which the New Testament was written, did not utilize certain punctuation, such as commas and quotation marks. These were later added by translators, according to their own discretion. The correct rendering is “Assuredly, I say to you today [in other words, “I tell you right now”], you will be with Me in Paradise.”

Another scripture commonly used to promote the doctrine of “deathbed repentance” is “The Parable of the Laborers” (Matt. 20:1-16). Does this scripture prove that doctrine’s validity? No. Here is why. Although the men who came in at “the eleventh hour” had only worked for an hour, compared to the others, who had “borne the burden and the heat of the day” (vs. 12), they had still worked. The owner of the vineyard did not pay them for simply “standing around and doing nothing.” Likewise, God is not going to grant salvation to someone who—lying on his “deathbed” at the end of a sin-filled life in which was displayed a total disregard for God’s laws—simply declares some form of repentance for which no “fruits” can possibly be seen (Matt. 7:20; Matt. 3:8).

Scripture does not directly state which of the three resurrections the thief will be a part of. Since he obviously had not been baptized and given God’s Holy Spirit, we can conclude that he will not be among those raised in the First Resurrection, to take place at Christ’s Return (I Thes. 4:16). And, since Christ did not condemn him, we know that he will not be raised in the Third Resurrection, which will be for those who will not repent. They will be destroyed (Rev. 20:6, 14-15). The thief will receive his first opportunity for salvation in the Second Resurrection, to take place after the millennium (Rev. 20:5). At that time, the world will truly be “paradise,” since Satan will have been bound and cast away, never to be able to again deceive mankind (Rev. 20:1-3).

You may wish to request our free booklets Is There Life After Death?, The Truth About Hell, What Is Your Reward in the Next Life?, and Do the Saved Go to Heaven? They explain, in great detail, the subject of salvation.

Will aborted, miscarried and stillborn babies be brought back to life in the resurrection? 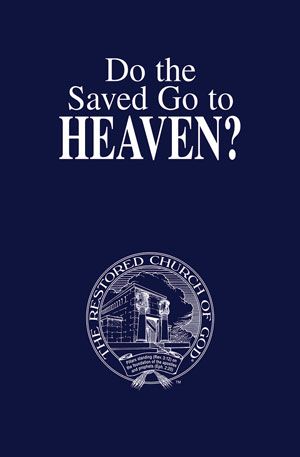 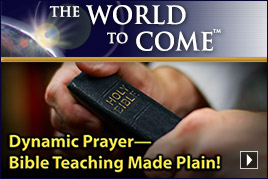 Prayer is vital to the spiritual life of every Christian. Yet this tool is underutilized and greatly misapplied. Do you know how to talk to God? What did Jesus teach His disciples about prayer? ThisŌĆ”
Watch Now
Watch LaterSavedRead Suggested Literature