To understand this verse, it is vital to know who are the “dead” Peter was speaking about. By the time this epistle was written, in A.D. 67-69, many thousands of Christians had already received the knowledge of God’s laws, as preached by the apostles, and were living their lives according to those laws. With the passing of time, some of these faithful followers had died in the faith. Others were martyred by pagan leaders and religious figures.

King Solomon wrote, “For the living know that they shall die: but the dead know not any thing, neither have they any more a reward…Whatsoever your hand finds to do, do it with your might; for there is no work, nor device, nor knowledge, nor wisdom, in the grave, where you go” (Ecc. 9:5, 10). Those that are physically dead know nothing—and are unable to receive any preaching or communications.

Since the dead know nothing, those that were “dead” had received the gospel while they were still alive!

But there is another way that the gospel is preached unto the “dead.” In the Bible, those that have not repented of their sins—their transgressions not forgiven by God—are often referred to as “dead.”

They are “dead” in their iniquity. They have not received the gift of Christ’s sacrifice, nor God’s Holy Spirit—the “earnest” or down payment of salvation. Christ’s statement to a young man, “Let the dead bury their dead…” (Luke 9:60), was a direct reference to those who could not understand spiritual matters—those still under the death penalty. The apostle Paul further explains that they are “…dead in trespasses and sins” (Eph. 2:1). Although still physically alive, by not hearing the words of life—the gospel of the kingdom of God—they are spiritually dead! Christ explains: “It is the spirit that quickens; the flesh profits nothing: The words that I speak unto you, they are spirit, and they are life” (John 6:63).

Today, God’s true Church has been commissioned to preach this same gospel to the world “as a witness unto all nations” (Matt. 24:14). However, most people do not heed this message, nor is God calling them at this time (John 6:44). Thus, they remain in ignorance and sin—enslaved under the death penalty! Rather than living “according to God in the spirit,” they live “according to men in the flesh.”

But all of these people will have their chance to receive salvation! For more information concerning eternal life, read our booklets What Is the Kingdom of God?, What Is Your Reward in the Next Life? and Just What Is Salvation? 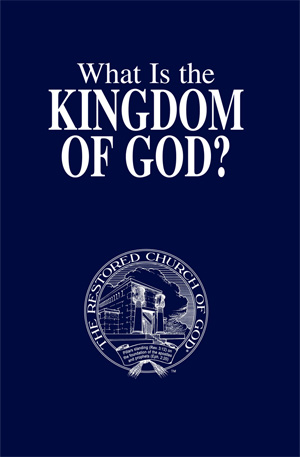 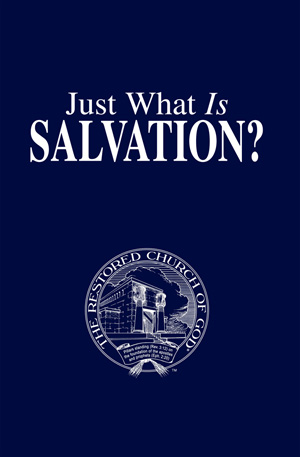 What is human nature? Why does it exist? Where did it come from? Did God create it? Why is it so selfish and evil? Few have understood this subject. Here is the truth.
Order Now
Read NowRead LaterSavedRequest Added Download ePubDownload PDF