Save to read later Available in these languages:
English English FranûÏais

Where Is Godãs Church Today?

Jesus said, ãI will build My ChurchãÎã There is a single organization that teaches the entire truth of the Bible, and is called to live by ãevery word of God.ã Do you know how to find it? Christ said it would:

The context of this chapter is the time just prior to the Day of the Lord (Ezek. 13:5). It addresses the “Christian” leaders of the modern-day descendants of Israel—mainly the U.S. and Britain.

Verses 1-16 mention false prophets, men who deceive the people. But in this day and age, more women are also becoming actively involved in preaching and missionary work. This prophecy addresses the ever-increasing number of false “prophetesses.”

By examining what these false ministers preach, one can better understand what false prophetesses preach—because their message is the same. They do not show the people their sins. Ezekiel states that they have “…daubed the wall with untempered mortar” (13:10-15). They have preached “smooth things” (Isa. 30:10). In other words, they have told the people what they want to hear instead of what they need to hear.

Also, they attempt to solve all the world’s problems through various forms of “do-gooding,” which are the equivalent of taking an aspirin to try to cure cancer. (“Untempered” mortar does not contain the correct proportions of raw materials. This faulty construction results in walls that will not stand.) Because of their neglect in pointing out to the people their sins, God’s wrath will be poured out upon them. They have spread (and are still spreading) a message of “Peace, peace, when there is no peace” (Jer. 8:11).

Believing that God is somehow in a wrestling match with Satan, these false ministers are in the business of “hunting for souls” (Ezek. 13:18). They travel to the farthest reaches of the globe on their “soul-saving” missions. But they will be powerless to save the world from the destruction that God has promised in His Word (which they deny is even coming).

The meanings of the terms “pillows” and “kerchiefs” are unclear. Some scholars believe that a better translation of “pillows” (Hebrew: keceth [#3704]) is “fillets” or “headbands.” They believe that “kerchiefs” (Hebrew: micpacthath [#4556]) is a reference to “long veils.” A long veil secured by a headband is an accurate description of part of the attire of members of certain female religious orders.

Other scholars interpret “pillows” and “kerchiefs” to symbolize the soothing, feminine nature of the religion espoused and promoted by these false prophetesses. Many commentators believe that the use of these terms in the original Hebrew is in a merely figurative sense. The “pillows” are a reference to these women attempting to cover God’s hands, concealing His power to rebuke sin. The “kerchiefs” picture the veil of spiritual blindness (II Cor. 4:4) they cast over their devotees. The term “magic bands,” as it is translated in some English versions of the Bible, is refuted by certain Hebrew scholars.

These women actually pollute the Word of God among the people for “handfuls of barley and for pieces of bread” (Ezek. 13:19). (Note: the Hebrew word kiy can be rendered as “for” or “with”). This means that they either use food to attract followers or actively request donations to support their mission.

Since they do not teach their followers that the cause of world suffering is rooted in their disobedience to God’s laws, they will be punished (vs. 20-23).

What is the meaning of Matthew 24:19-20 in regard to the time of Christian flight? 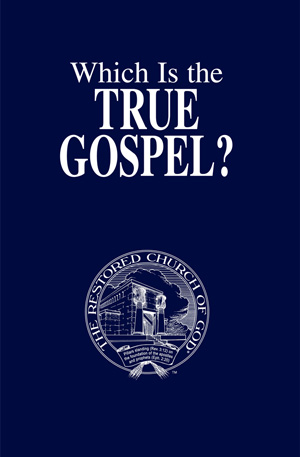 While newspapers, magazines and other news media report what happened, The Real Truth analyzes and explains the root cause of why events happenãwhy humanity is at a loss to solve todayãs problems.
Subscribe
Read NowDownload PDF