Does Satan have the power to heal?

In Psalm 103:3, we see that it is God “Who forgives all your iniquities; who heals all your diseases.” In Exodus 15:26, God states, “…I am the Lord that heals you.” And the apostle Paul wrote, in I Corinthians 12:28, “And God has set some in the Church, first apostles, secondarily prophets, thirdly teachers, after that miracles, then gifts of healings, helps, governments, diversities of tongues.” God has the power to heal, and He exercises that power mainly through human instruments in His one true Church.

Speaking of false ministers who “preach another Jesus,” Paul wrote, “For such are false apostles, deceitful workers, transforming themselves into the apostles of Christ. And no marvel; for Satan himself is transformed into an angel of light. Therefore it is no great thing if his ministers also be transformed as the ministers of righteousness; whose end shall be according to their works” (II Cor. 11:4, 13-15). What is one of the possible ways that Satan would make his ministers appear as true ministers of God? By demonstrating certain “miracles,” including acts of apparent healings. (Also notice Rev. 13:11-14.)

In the book of Exodus, beginning in chapter 5, we see that Pharaoh’s court magicians were able to perform certain acts similar to the miracles God performed through His servant Moses. These were things that God allowed Satan to do, through Satan’s servants, as part of the process of hardening Pharaoh’s heart (Ex. 4:21; 7:3; 14:4), so that Pharaoh would be witness to God’s power in delivering Israel from Egypt.

The dramatic public “healings” promoted by many of this world’s ministers are the same kind of displays, in which individuals who suffer from this or that crippling disease are really bound by a demon. An example of this condition is found in Luke 13:11-13: “And, behold, there was a woman which had a spirit of infirmity eighteen years, and was bowed together, and could in no wise lift up herself. And when Jesus saw her, He called her to Him, and said unto her, Woman you are loosed from your infirmity. And He laid hands on her: and immediately she was made straight, and glorified God.” This is an example of an individual who did not have a physical handicap, but whose body was in the grip of a demon. Christ cast the demon from her, and she was restored to a normal condition.

Also consider that often, at the climax of many such “healings,” the individuals involved will seemingly lose self-control, falling backward. But notice the following scriptures: “And Abram fell on his face: and God talked with him…Then Abraham fell upon his face…” (Gen. 17:3, 17); “And Jehoshaphat bowed his head with his face to the ground: and all Judah and the inhabitants of Jerusalem fell before the Lord, worshipping the Lord.” “And He [Christ] went a little farther, and fell on His face, and prayed…” (Matt. 26:39). “…and so falling down on his face he will worship God…” (I Cor. 14:25).

The above scriptures show that those who come before God’s presence to worship Him bow forward. Other scriptures show that those acting under the influence of a demon tend to fall on their backs. Notice: “As soon as He [Christ] had said unto them, I am He, they went backward, and fell to the ground” (John 18:6). Why? Notice Mark 1:23-24: “And there was in their synagogue a man with an unclean spirit; and he cried out, saying, Let us alone; what have we to do with You, You Jesus of Nazareth? Are You come to destroy us? I know who You are, the Holy One of God.”

Rather than yielding to Christ, those with demons drew back from His power and authority. Also, nowhere in Scripture are people struck on the forehead and knocked backwards! God’s ministers anoint—never strike—the sick.

Violent, noisy reactions are typical of those who are plagued by demons. Now notice verse 26: “And when the unclean spirit had torn him, and cried with a loud voice, he came out of him.” The Greek word translated “torn” is sparasso, meaning a spasmodic contraction. Compare this to the outbursts of “Hallelujah!”, “Amen!”, etc., often accompanied by gyrations or other displays of seemingly uncontrolled behavior, which are standard fare at organized “healing revivals.”

While Scripture shows that Satan does not cast out his demons (Mark 3:23-26), it would certainly work to his advantage (as the god of this world – II Cor. 4:4) to make his ministers appear to have healing power. Keep in mind that Satan can do whatever God allows him to do. (See Job 1:12; 2:6.) And, as Matthew 12:43-45 shows, if a person possessed by a demon is freed from it, and the person’s mind is not receptive to the truth from God’s Word, then that demon will return, bringing with him “seven more wicked than himself.”

Also consider that Satan does not have our best interests at heart (I Pet. 5:8). He knows that “he has but a short time” (Rev. 12:12) before Christ returns. He knows that our ultimate potential, as those made in the image of God (Gen. 1:26), is to rule with Christ in the kingdom of God. Not only does he not desire to physically heal anyone of anything (even if he had that power), he also seeks to deceive all people and blind them to God’s Purpose—that of spiritually healing the entire world.

Finally, understand that healing involves—and requires—the forgiveness of sin. Obviously, Satan has no such power. (You may read our free booklets The Truth About Healing, Who Is the Devil?, A World in Captivity and How World Peace Will Come!.)

In Mark 8:22-25, why did Christ not immediately heal the blind man? 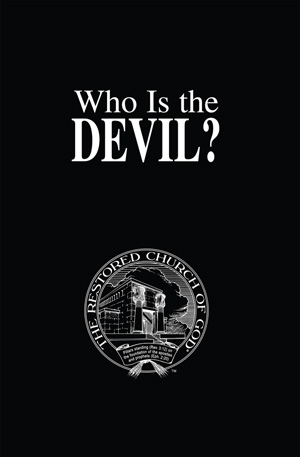 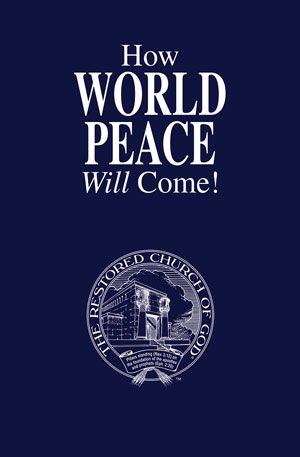 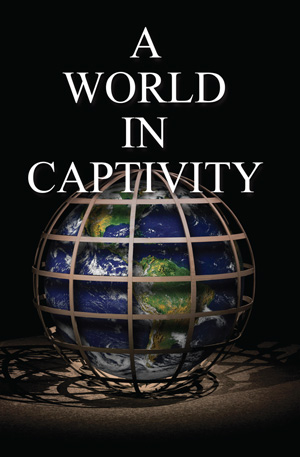 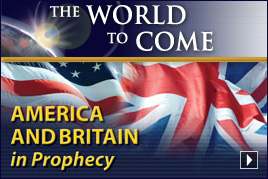 Many wonder about America and BritainŌĆÖs role in Bible prophecy in the last days. Are they mentioned? If so, whereŌĆöand what is their future?
Watch Now
Watch LaterSavedRead Suggested Literature 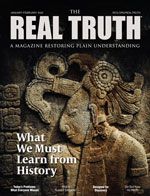