In Mark 8:22-25, why did Christ not immediately heal the blind man?

Christ could have healed the man by the simple touch of His hand, or even with His words. But He probably realized that the man’s faith was weak.

We find that even after Christ had been resurrected, His disciples’ faith was weak. Their human nature required “physical evidence” of the miracle that had taken place (even above and beyond Christ’s presence among them). (Read Luke 24:40 and John 20:27-29.)

Christ healed the blind man in a “step-by-step” manner, rather than all at once, in order to increase the man’s faith, before totally healing him.

Is the use of smokeless tobacco wrong? 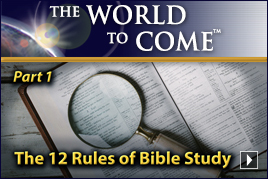 Most who study the Bible benefit little or not at all. You can be an exception. Learn the 12 fundamental rules that govern effective Bible study! When properly applied, they unlock treasures ofŌĆ”
Watch Now
Watch LaterSavedRead Suggested Literature 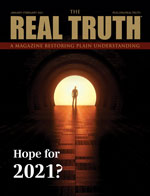 How can the Bible be the worldŌĆÖs all-time best seller, yet remain the most misunderstood book ever? Because people refuse to believe that it means what it says, it is misrepresented, twisted, andŌĆ”
Order Now
Read NowRead LaterSavedRequest Added Download PDF