Can you explain the great disparity between pre- and post-Flood life spans?

Before God destroyed all but eight humans in the Great Flood, people lived for hundreds of years. The first man, Adam, lived for 930 years. Genesis 5 records that Methuselah, Noah’s grandfather, lived for 969 years! If anyone lived longer, the Bible does not mention him. Even Noah, who was 600 when the flood occurred, lived another 350 years after the flood first began—950 years total.

The average age of the pre-flood patriarchs (Genesis 5), excluding Enoch (who was taken away for his protection) and Noah (whose life extended well beyond the flood) was about 907 years.

The average lifespan from the time of Peleg (who lived during the destruction of the tower of Babel) until and including the times of Abraham, Isaac and Jacob comes to about 194 years—less than half the lifespan of the previous era. Thus, both at the time of the flood and the tower of Babel’s destruction, the life spans were drastically changed. It has been speculated that this could have resulted from God removing some of the protective layers of the stratosphere that filtered out dangerous radiation, thus affecting man’s lifespan.

Later, Moses’ life ended at the age of 120. Deuteronomy 34:7 mentions that “his eye was not dim nor his natural force abated.” Aaron, Moses’ brother, lived to the age of 123 (Num. 33:39), and Joshua lived to the age of 110 (Josh. 24:29). God’s servants were often granted additional years to complete the crucial mission He had given them to carry out. Only on rare occasions after Joshua’s time does the Bible record anyone living beyond 100 years of age.

Psalm 90:10, written by Moses, states, “The days of our years are threescore years and ten and if by reason of strength they are fourscore years.” Even in Moses’ time, it was well understood that the average lifespan was usually 70 years, and occasionally in the range of 80, if one were in good health.

Although King David lived a relatively few years (age 70), by comparison to the patriarchs, the Bible still records “he died in a good old age, full of days…” (I Chron. 29:28).

Evidently, it requires no more than a few decades to observe the futility of mankind’s efforts in a world cut off from God. In addition, it does not require many decades to prove ourselves to God and to qualify for salvation through overcoming. This process demands more commitment and intensity than time.

In short, the reduced life spans came about when God saw the necessity of destroying mankind because of wickedness (Gen. 6:1-7).

In spite of medical science, the lifespan of mankind remains exactly where God has established it.

Did Jephthah keep his vow and sacrifice his daughter, as indicated in Judges chapter 11? 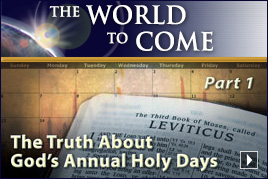 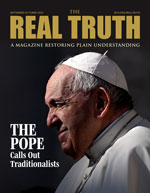