Why is the tribe of Dan not mentioned in Revelation 7 along with the 144,000 described there?

It is interesting that Dan is also left out of the genealogies of I Chronicles 1 through 9 where the other tribes of Israel are listed.

As a whole, the tribe of Dan was guilty of idolatry. They stole other people’s idols and set them up to be used in their own worship (Judges 18:14-31). Dan was the first tribe to organize idol worship and this continued nearly 500 years, “until the day of the captivity of the land” (Judges 18:30).

Throughout history, Dan has rejected God’s true religion, replacing it with idolatry. Most of the descendants of Dan will have to wait for salvation until after God seals the 144,000. Genesis 49:1 states, “And Jacob called unto his sons, and said, Gather yourselves together, that I may tell you that which shall befall you in the last days.” Continue in verse 18 where Jacob directly speaks of Dan: “I [Dan] have waited for Your salvation, O Lord.”

Eventually, Dan, as well as the other tribes of Israel, will be saved. In fact, Ezekiel 48:1 states that Dan is first in line when land is distributed at the beginning of the millennium. The 144,000 are only a small number of those who will ultimately be saved. God’s Plan encompasses all of humanity (I Tim. 2:4).

Is it permissible for Christians to state ŌĆ£The Pledge of AllegianceŌĆØ? 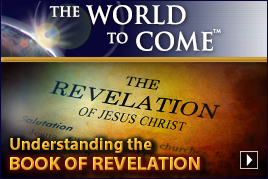