Matthew 27:5 states, “And he [Judas] cast down the pieces of silver in the temple, and departed, and went and hanged himself.” In Acts 1:18, Luke recorded, “Now this man [Judas] purchased a field with the reward of iniquity; and falling headlong, he burst asunder in the midst, and all his bowels gushed out.”

So how did Judas really die? Is this an instance in which the Bible “contradicts itself”?

No. The Bible never contradicts itself. God’s Word is truth. But it is written in such a manner as to “trip up” those whom God is not calling now (see John 6:44, 65; I Cor. 1:26-28): “But the word of the Lord was unto them precept upon precept, precept upon precept; line upon line, line upon line; here a little, and there a little; that they might go, and fall backward, and be broken, and snared, and taken” (Isa. 28:13). (To learn more about why God is not calling the masses now, read our free booklet Does the Bible Teach Predestination?)

From this verse, we also learn that all the truth about a matter is not found in one place. It is “here a little, and there a little.” This is why Paul said we must “rightly divide the truth” (II Tim. 2:15). Therefore, in order to get the whole picture, we need to put both accounts of Judas’ demise together.

Acts 1:18 describes what occurred after Judas hanged himself in Matthew 27:5. His body began to decay as it hung from the rope. Eventually, his corpse fell, and “burst asunder” when it hit the ground—he literally burst apart.

Why does the Bible contain accounts of immorality and violence? 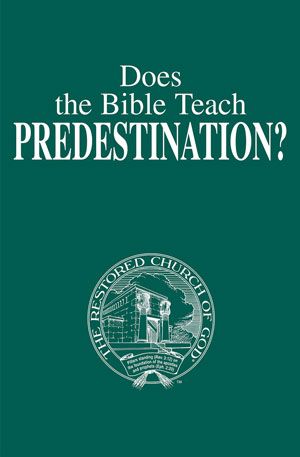 Why do you existŌĆöwhy were you born? What is the meaning of your life? Were you put here for a reason? You can knowŌĆöyou must know!
Order Now
Read NowRead LaterSavedRequest Added Download ePubDownload PDF