Please explain Genesis 9:25: Was Canaan cursed for a sin committed by his father, Ham?

Notice what happened: “And Ham, the father of Canaan, saw the nakedness of his father, and told his two brothers without. And Shem and Japheth took a garment, and laid upon both their shoulders, and went backward, and covered the nakedness of their father; and their faces were backward, and they saw not their father’s nakedness. And Noah awoke from his wine, and knew what his younger son had done unto him” (Gen. 9:22-24).

The implication is that an illicit sexual act took place. Noah was intoxicated (vs. 21), unaware of what was happening.

The problem in understanding exactly what took place arises because of grammatical awkwardness. A similar problem is found in Exodus 34:28 (Old King James version): “And he [Moses] was there with the Lord forty days and forty nights; he did neither eat bread, nor drink water. And he wrote upon the tables the words of the covenant, the ten commandments.”

It would seem that “he wrote” is a reference to Moses. But Exodus 31:18 and Deuteronomy 9:10 are proof that God wrote the Ten Commandments on the stone tables. The New King James version makes this clear by capitalizing the pronoun “He,” in Exodus 34:28.

Considering this, the misunderstanding in Genesis 9 can be cleared up. The emphasis in verse 24 is on Canaan being Ham’s son. He is referred to as such twice in the scripture. The pronoun “his” is a reference to Ham, not Noah. Genesis 10:6 shows that Canaan was Ham’s youngest son. Therefore, we can see that Canaan was not punished for something his father, Ham, had done, but rather was punished for a sin that he himself had committed. 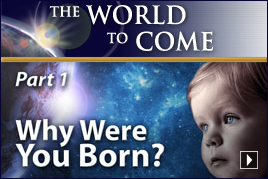