There has been some misunderstanding due to a translation error in the King James Version. In it, the word “are” is italicized, meaning that it was not in the original Greek. It was erroneously translated.

The sequence of events in the book of Revelation reveals that the Beast and the False Prophet will be “…cast alive into a lake of fire burning with brimstone” (19:20), at the beginning of Christ’s millennial rule on earth. Revelation 20:7 explains that Satan will be cast into this same lake of fire after the millennium.

Jesus Christ stated, “Then shall He say also unto them on the left hand, Depart from Me, you cursed, into everlasting fire, prepared for the devil and his angels” (Matt. 25:41). Christ explains that everlasting fire—the lake of fire—was prepared for the “devil and his angels [demons].” In verse 46, Christ continues: “And these [disobedient people] shall go away into everlasting punishment: but the righteous into life eternal.” This verse shows that those judged unfit for eternal life will be thrown into the lake of fire.

When cast into the lake of fire, these people will go through what God defines as “the second death,” from which is no resurrection. Notice: “But the fearful, and unbelieving, and abominable, and murderers, and whoremongers, and sorcerers, and idolaters, and all liars, shall have their part in the lake which burns with fire and brimstone: which is the second death” (Rev. 21:8). Those cast into the lake of fire after the millennium will be burned up forever.

When the Beast and False Prophet are cast into the lake of fire, it is a “type” of the second death. They will be raised in the Great White Throne Judgment (Rev. 20:11-13) and receive their first opportunity for salvation. 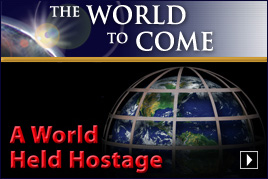