The Restored Church of God┬«, which produces The Real TruthŌäó magazine and The World to ComeŌäó with David C. Pack television program, held a ground-breaking ceremony to commence construction of its Media Center at the organizationŌĆÖs World Headquarters Campus in Wadsworth, Ohio, on November 11, 2013.

Employees and ministers gathered at the site as Pastor General and President of The Restored Church of God David C. Pack turned the first shovelful of earth. The 4,000-plus-square-foot Media Center, scheduled for completion by spring 2014, will be a state-of-the-art facility housing three studios and the ChurchŌĆÖs Media Production Services Department. 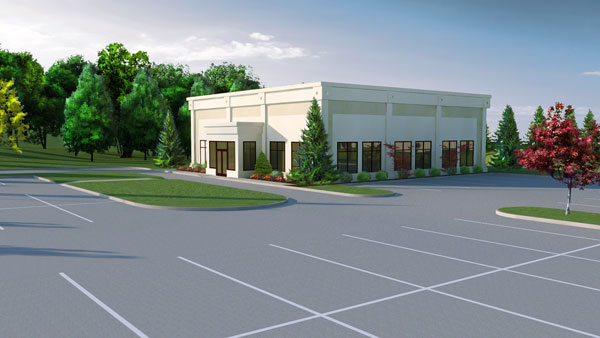 The World to Come with David C. Pack, which reaches millions across the world, will be filmed and edited in this structure along with many other of the organizationŌĆÖs video and audio productions. A tremendous upsurge in media growth necessitated the design and construction of the building. The Media Center will be located on the northwest corner of the developing campus.

Visit rcg.org/hq-info for updated renderings of the site.