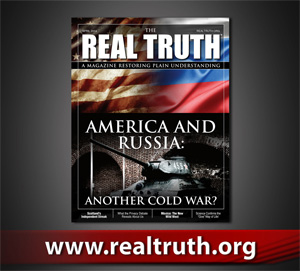 Russia and the United States continue to be at odds on nearly every international issue, hearkening back to the Soviet era. Current events seem to support that the two could once again be moving toward another Cold WarŌĆöRussian troops invading Ukraine, MoscowŌĆÖs support of Bashir al-Assad in SyriaŌĆÖs civil war and IranŌĆÖs nuclear program, a Russian warship docking in Havana. Where is it all leading?

Other Articles Featured in the April 2014 Issue

Daily life in Mexico in 2014 is reminiscent of an old American Western film. Because of the rampant lawlessness and the governmentŌĆÖs inability to meet the publicŌĆÖs desire for a lasting solution, the nationŌĆÖs drug war is being fought by a new forceŌĆövigilantes. What could this mean for the country as a whole?

Everyone wants privacy. Individuals, especially in Western societies, expect and feel they deserve a certain level of confidentiality. As far as they are concerned, the right to disclose information, including aspects of their lives, should be up to them. The desire for protection, however, and the ability to move about freely and safely in public is also a powerful motivator. While these two goals are often at opposite ends of the spectrum, we can learn much from the struggle between them. 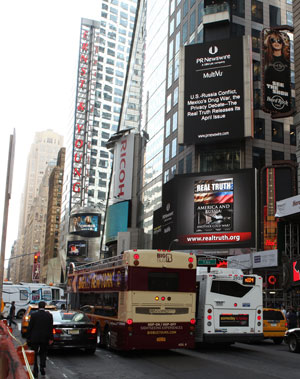 On September 18, voters will head to the polls for a referendum to decide if the country should continue as a member of the United Kingdom. Scotland perceives that it is getting the short shrift from the UK, where resources are heavily weighted toward greater London. As a result, many are starting to conclude, ŌĆ£WeŌĆÖd be better off on our own.ŌĆØ

Researchers have discovered what compels us to give. A study by Jordan Grafman, director of brain injury research at the Rehabilitation Institute of Chicago, found that different areas of the brain light up when people give, including the region that releases the pleasure chemical dopamine. New brain-scanning technology reveals that human beings are designed to enjoy helping othersŌĆöa fact that runs contrary to evolutionistsŌĆÖ survival-of-the-fittest theory. In fact, giving is actually in our DNA.

Most professing Christians have been taught that being ŌĆ£born againŌĆØ occurs in this life, upon ŌĆ£receiving Jesus.ŌĆØ But this is NOT what the Bible teaches. ŌĆ£Born againŌĆØ has nothing whatsoever to do with ŌĆ£professing JesusŌĆØŌĆöor ŌĆ£just believing in your heartŌĆØŌĆöor ŌĆ£giving your heart to the LordŌĆØŌĆöor any so-called religious experience. This does not happen at conversionŌĆöbut rather, the Bible teaches that rebirth comes long after this initial step in a new ChristianŌĆÖs life. What does the Bible teach about this subject? And what did Jesus really say about it?

ŌĆ£Report: Almost Half of Americans Live Paycheck to PaycheckŌĆØ (p. 32)

A large segment of the American public lives with little or no savings, according to a report by the Corporation for Enterprise Development. The findings have raised concerns about the nationŌĆÖs future fiscal condition as poor domestic spending habits could put large numbers of United States households in precarious financial positions.

The World Health Organization (WHO) predicts up to a 70 percent increase in different types of cancer cases across the world within the next 20 years, according to World Cancer Report 2014, a publication released by the WHOŌĆÖs International Agency for Research on Cancer.

Belgium is the first country to allow euthanasia for patients of any age. In February, the Chamber of Representatives voted 86 to 44 to allow children who are terminally ill and suffering great pain the choice of being put to death.