Giants are mentioned in the Old Testament. What happened to them?

When God flooded the earth at the time of Noah, only Noah, his wife, their three sons and their three wives were saved—a total of eight people (I Pet. 3:20)! All other members of the human race—including giants—were destroyed (Gen. 7:22).

But giants are mentioned after the Flood. How is this?

God preserved the genetic diversity of the human race through Noah’s sons’ wives. The same was true with mother Eve. All of the genetic diversity that produced the races was within Eve’s womb at creation. Most of Noah’s descendants were of normal size. But through his grandson Canaan, giants were born (Num. 13:1-2, 32-33). Human nature in people generally tends to cause them to remain with those of similar likes, dislikes, and appearances. This is how ethnic groups and nations were formed. These larger sized people would intermarry, causing their offspring to be more like them—thus producing a family of giants, which eventually expanded into a nation, or race, of giants.

When Joshua conquered the Holy Land, God was directly involved in destroying the giants in that area. Why God allowed all of the giants to be killed is not clear. Perhaps it was allowed because those men always seemed to be against God and His people—the nation of Israel.

How does the Bible define a ŌĆ£generationŌĆØ? 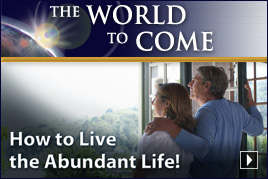 Few equate Christianity with having a true zest for life. You can be filled with joy and happiness! In fact, God intends you experience the abundant life.
Watch Now
Watch LaterSavedRead Suggested Literature 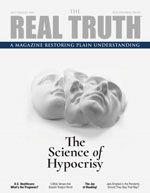 Did Jesus rise from the grave on Sunday morning? Had He been there for three days and three nights? He said this was the only sign (Matt. 12:40) that He was the Messiah! DoesŌĆöcanŌĆöthis signŌĆ”
Order Now
Read NowRead LaterSavedRequest Added Download ePubDownload PDF