WADSWORTH, Ohio, February 18, 2014 ŌĆö The Real TruthŌäó, a 10-issue-per-year publication distributed free of charge around the world, has dramatically expanded its distribution efforts across the globe. While the online edition already has millions of readers, the decision has been made to pursue a more robust marketing strategy for the hardcopy version. 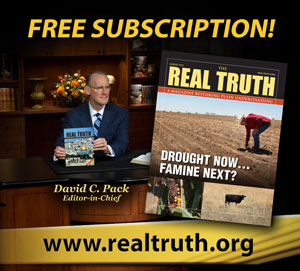 Editor-in-Chief of The Real Truth magazine, David C. Pack, stated: ŌĆ£With all nations increasingly overwhelmed by a complex and worsening array of difficulties confronting and challenging them, millions now worry about where world events are heading. The Real Truth magazine gives the plain answers. It does not just report the bad news seen in headlinesŌĆöit analyzes the causes behind it. Millions have been reached in every nation and territory on Earth with the online edition. We are now pleased to offer an expanded opportunity to subscribe to the print edition. There is no magazine like The Real Truth anywhere on Earth.ŌĆØ

Tailored after the former Plain Truth magazine produced by the Worldwide Church of God under Herbert W. Armstrong, The Real TruthŌĆöits successorŌĆöcontinues to tackle seemingly unanswerable topics, providing answers and solutions from a spiritual perspective. The magazine is backed by a history of quality and excellence, as well as a loyal group of financial supporters. It is produced by The Restored Church of God┬«, a nonprofit organization devoted to teaching ChristŌĆÖs gospelŌĆöthe good news of the coming kingdom of God. 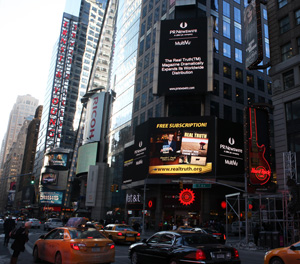 Articles in The Real Truth cover a broad range of topics, including:

About David C. Pack
Founder and Pastor General of The Restored Church of God, Editor-in-Chief of The Real Truth magazine, and voice of The World to ComeŌäó program, David C. Pack has reached many millions around the globe with the most powerful truths of the BibleŌĆöunknown to almost all. He has authored 80 books and booklets, personally established over 50 congregations, and appeared as a guest on The History Channel. Mr. Pack attended Ambassador College in Pasadena, California, entered the Worldwide Church of God ministry in 1971, and was personally trained by its founder, Herbert W. Armstrong.