This website requires the use of Javascript to function correctly. Performance and usage will suffer if it remains disabled.
How to Enable Javascript
With Little Ado, a Divided United Kingdom Casts Off into the Brexit Unknown

With Little Ado, a Divided United Kingdom Casts Off into the Brexit Unknown 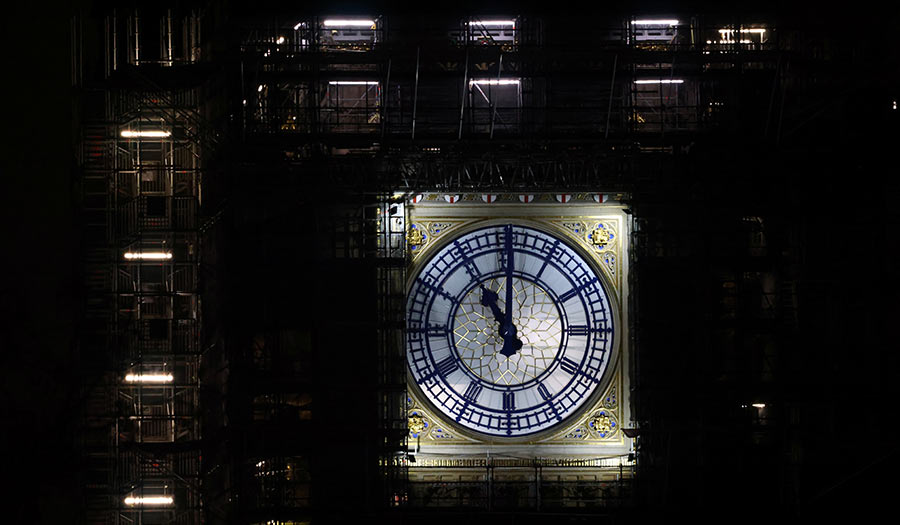 Reuters/Henry Nicholls
A clockface of the Elizabeth Tower at the Houses of Parliament, more commonly known as Big Ben, shows 11 o’clock, an hour from midnight, on December 31, 2020, as Britain formally exits the EU.

LONDON (Reuters) – The United Kingdom began the New Year outside the European Union’s orbit on Friday after ending a tempestuous 48-year liaison with the European project, its most significant geopolitical shift since the loss of empire.

Brexit took effect in substance on Thursday at the strike of midnight in Brussels, or 11 p.m. London time (GMT), at the end of a transition period that largely maintained the status quo for 11 months after Britain formally left the EU on January 31, 2020.

“This is an amazing moment for this country,” Prime Minister Boris Johnson said in his New Year’s Eve message. “We have our freedom in our hands and it is up to us to make the most of it.”

For five years, the frenzied gyrations of the Brexit crisis dominated European affairs, buffeted the sterling markets and tarnished the United Kingdom’s reputation as a reliable pillar of Western stability.

Supporters cast Brexit as the dawn of a newly independent “global Britain,” but the drama has weakened the bonds that bind England, Wales, Scotland and Northern Ireland.

After all the vitriol, one of the most significant events in European history since the fall of the Soviet Union in 1991 passed with little fanfare: the United Kingdom slipped away, shrouded in the silence of the COVID-19 crisis.

With gatherings banned in London and most of the country due to soaring rates of infection, there were few outward displays of emotion when the Great Bell known as Big Ben tolled 11 through a scaffold on Thursday night.

As EU leaders and citizens bade farewell, Mr. Johnson said there would be no bonfire of regulations to build a “bargain basement Dickensian Britain” and that the country would remain the “quintessential European civilization.”

But Mr. Johnson, the face of the Brexit campaign, has been short on detail about what he wants to build with Britain’s “independence”—or how to do it while borrowing record amounts to pay for the COVID-19 crisis.

In the June 23, 2016, referendum, 17.4 million voters, or 52 percent, backed Brexit while 16.1 million, or 48 percent, backed staying in the bloc. Few have changed their minds since. England and Wales voted out, but Scotland and Northern Ireland voted in.

“Scotland will be back soon, Europe. Keep the light on,” Scottish First Minister Nicola Sturgeon said on Thursday.

The referendum revealed a United Kingdom polarized about much more than the European Union, and fueled soul searching about everything from secession and immigration to capitalism, the legacy of empire and what it now means to be British.

Leaving was once the far-fetched dream of a motley crew of “euroskeptics” on the fringes of British politics: the UK joined in 1973 as “the sick man of Europe.” Two decades ago, British leaders were arguing whether to join the euro. They never did.

But the turmoil of the euro zone crisis, attempts to integrate the EU further, fears about mass immigration and discontent with leaders in London helped Brexiteers win the referendum with a message of patriotic, if vague, hope.

“We see a global future for ourselves,” said Mr. Johnson who won power in 2019 and, against the odds, clinched a Brexit divorce treaty and a trade deal, as well as the biggest Conservative parliamentary majority since Margaret Thatcher.

Supporters see Brexit as an escape from a doomed Franco-German project that has stagnated while the United States and China surged. Opponents say Brexit will weaken the West, further reduce Britain’s global clout, and make it poorer and less cosmopolitan.

French President Emmanuel Macron, in a New Year’s Eve broadcast, said Britain would remain a friend and an ally but Brexit was the product of “many lies and false promises.”

European leaders and many Britons opposed to Brexit have long accused Mr. Johnson of caricaturing the EU and falsely blaming Britain’s problems on Brussels, while making exaggerated claims about the potential benefits of leaving the bloc.

Fueled partly by Brexit, which many Scots oppose, and partly by the poor handling of COVID-19 by Johnson’s government, support for Scottish independence has risen, threatening the 300-year-old political union between England and Scotland.

Ms. Sturgeon has said that if her Scottish National Party wins elections to Edinburgh’s semi-autonomous parliament scheduled for May, an independence referendum should take place quickly.

With the United Kingdom now out of the Single Market and European Customs Union, there is almost certain to be some disruption at borders. More red tape means more cost for those importing and exporting goods.

After haggling over a trade deal for months, the British government published 70 pages of case studies just hours before its departure, advising companies on what rules to follow at the new UK-EU border.

The Port of Dover expects volumes to drop off in early January. The most worrisome period, it says, will be in mid- to late January when volumes pick up again.

At the freight terminal in southern England giving access to the Channel Tunnel, traffic volumes were low on Friday, as usual on the first day of the year. For the small number of trucks that went through to France, new procedures worked well, said John Keefe, director of public affairs at operator Eurotunnel.

“At 11 o’clock last night, the first truck rolled through the new procedures, just as quickly as the truck in front of it had rolled through when there weren’t any,” he said.