This website requires the use of Javascript to function correctly. Performance and usage will suffer if it remains disabled.
How to Enable Javascript
Breakthrough: UK and EU Reach Post-Brexit Trade Agreement 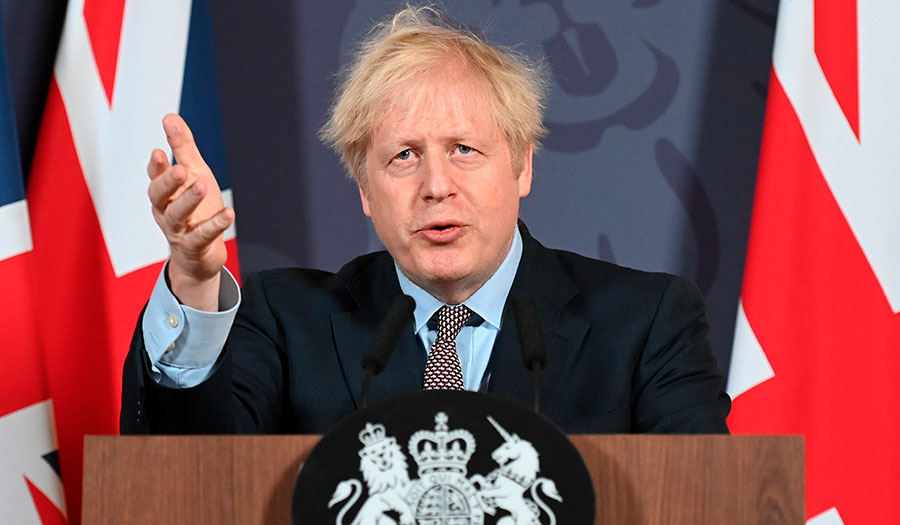 BRUSSELS (AP) – Just a week before the deadline, Britain and the European Union struck a free-trade deal Thursday that should avert economic chaos on New Year’s and bring a measure of certainty for businesses after years of Brexit turmoil.

Once ratified by both sides, the agreement will ensure Britain and the 27-nation bloc can continue to trade in goods without tariffs or quotas after the UK breaks fully free of the EU on January 1.

Relief was palpable all around that nine months of tense and often testy negotiations had finally produced a positive result.

The Christmas Eve breakthrough was doubly welcome amid a coronavirus pandemic that has left some 70,000 people in Britain dead and led the country’s neighbors to shut their borders to the UK over a new and seemingly more contagious variant of the virus circulating in England.

“We have taken back control of our laws and our destiny,” declared British Prime Minister Boris Johnson, who posted a picture of himself on social media, beaming with thumbs up.

European Commission President Ursula von der Leyen said: “It was a long and winding road, but we have got a good deal to show for it.”

“It is fair, it is a balanced deal, and it is the right and responsible thing to do for both sides,” she said in Brussels.

The EU member countries and the British and European parliaments still need to vote on the agreement, though action by the European body may not happen until after the January 1 breakup. Britain’s Parliament is set to vote December 30.

France, long seen as Britain’s toughest obstacle to a deal, said the uncanny steadfastness among the 27 nations with widely varying interests was a triumph in itself.

And German Chancellor Angela Merkel said that unity will now probably result in all the EU nations backing the deal: “I am very optimistic that we can present a good result here.”

It has been 4.5 years since Britons voted 52 percent to 48 percent to leave the EU and—in the words of the Brexiteers’ campaign slogan—“take back control” of the UK’s borders and laws.

It took more than three years of wrangling before Britain left the bloc’s political structures last January. Disentangling the two sides’ economies and reconciling Britain’s desire for independence with the EU’s aim of preserving its unity took months longer.

Both sides claimed the 2,000-page agreement protects their cherished goals. Britain said it gives the UK control over its money, borders, laws and fishing grounds and ensures the country is “no longer in the lunar pull of the EU.”

On January 1, the breakup will start feeling real. Even with a trade deal, goods and people will no longer be able to move freely between the UK and its continental neighbors without border restrictions.

EU citizens will no longer be able to live and work in Britain without visas—though that does not apply to the 4 million already doing so—and Britons can no longer automatically work or retire in EU nations. Exporters and importers face customs declarations, goods checks and other obstacles.

Despite the deal, there are still unanswered questions about huge areas, including security cooperation between the UK and the bloc—with the UK set to lose access to real-time information in some EU law-enforcement databases—and access to the EU market for Britain’s huge financial services sector.

Ms. von der Leyen said she felt “quiet satisfaction,” but no joy, now that the torrid Brexit saga that has consumed Britain and the EU for years is finally almost over.

“I know this is a difficult day for some, and to our friends in the United Kingdom I want to say parting is such sweet sorrow,” she said.

Mr. Johnson said Britain will always be a strong friend and partner to the bloc.

“Although we have left the EU, this country will remain, culturally, emotionally, historically, strategically, geologically attached to Europe,” he said.