This website requires the use of Javascript to function correctly. Performance and usage will suffer if it remains disabled.
How to Enable Javascript
Hope for 2021? 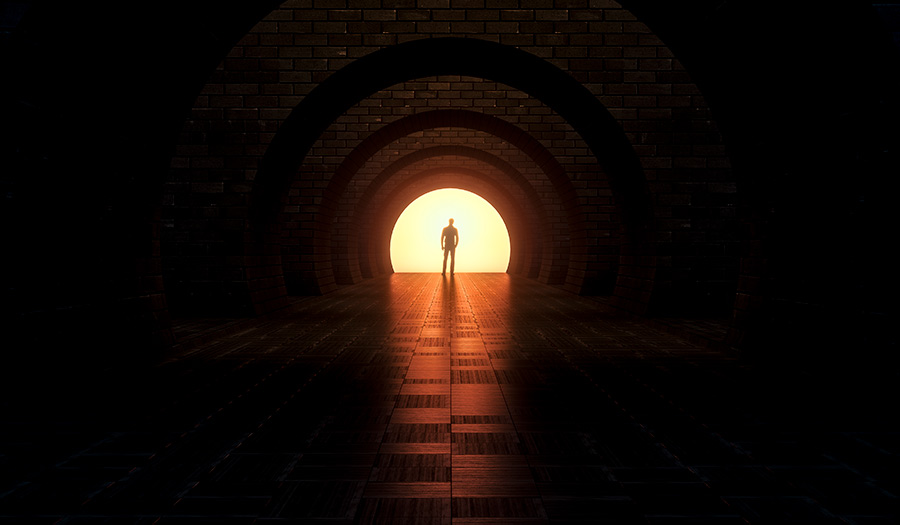 Back in July, The Associated Press published the article “Wait ‘til next year: Giving up on 2020, looking toward 2021.” The title perfectly summarized the hopes of many.

In the piece, AP wrote: “Now it’s all about 2021—the year when everything, and maybe nothing, happens.” There was already pessimism bleeding into thoughts about the future. But there was still hope.

With 2020 finally coming to a close, hope—with cautious optimism—continues to rise for the new year.

The article continued: “But why do we even say things like ‘2020 is canceled’ and ‘New year, new me’? Experts who study human behavior say the human desire to pin failures, hopes and dreams on a period of time like a calendar year has primitive roots connected to our attachment to routine.

“‘Because we missed our spring [in 2020], summer isn’t really summer because it only comes after a complete spring,’ says Stuart Patterson, chairperson of the Shimer Great Books School at North Central College. ‘The only opportunity to reset is next spring. Everything else we’re doing this year is going to be drained of significance because they don’t have the proper sequence.’

“It’s like when Hamlet declares that ‘time is out of joint,’ Mr. Patterson says.

“How do we measure a year—a question about the passage of time that has a whole song devoted to it in the Broadway musical ‘Rent’? With seasons, milestones, rituals, events. So when a year is stripped of all of those moments, people feel lost and put hope in the future to manage expectations, psychologists and social scientists say.”

Truly, many have felt lost in 2020. And understandably so.

“Every calendar year brings a cycle of hope,” AP continued. “January is when we’ll finally commit to our diet, quit smoking, become the person we always wanted to be. We believe in the power of change and promise ourselves: ‘This is our year,’ as one reveler proclaimed just after the ball dropped in Times Square.

“Some people admit defeat by January’s end, while other ambitions continue for a few more months. In April, many start focusing on summer. By November, most have thrown in the towel, vowing that the upcoming year is actually their year.

“But that hope never fully dies out. It just gets recalibrated and refocused on a new target and soars again. ‘Hope,’ the poet Emily Dickinson wrote, ‘is the thing with feathers.’”

The first and greatest hope most see for the new year is the coronavirus vaccine that was announced in November.

“The news lifted spirits around the world, not to mention stockmarkets,” The Economist reported. “The end of the pandemic seemed in sight; scientific insight and industrial know-how had, in a bravura display of their power, provided an exit strategy.

“Deliverance, when it arrives, will come in a small glass vial.”

In another article, the magazine tried to quantify this hope using statistics: “The early data from a final-stage trial unveiled…by Pfizer and BioNTech, two pharma companies, suggests that vaccination cuts your chances of suffering symptoms by more than 90%. That is almost as good as for measles and better than the flu jab, with an efficacy of just 40-60%. Suddenly, in a dark winter, there is hope.”

With that news, late-2020 editorials said the U.S. had plenty to look forward to in the new year: “Why the U.S. Economy Will Take Off in 2021,” The Wall Street Journal reported. “‘Help is on the way’: How the U.S. will turn the tide of the pandemic in 2021,” read the title of an NBC News article. “After year of closures, restaurants look toward a better 2021,” NPR reported.

The Economist, however, was quick to point out that we should not set our hopes too high.

“Yet despite the good news, two big questions stand out, about the characteristics of the vaccine and how fast it can be distributed. These are early results, based on 94 symptomatic cases of covid-19 from among the 44,000 volunteers. Further answers must wait until the trial has gathered more data. It is, therefore, not clear whether the vaccine stops severe cases or mild ones, or whether it protects the elderly, whose immune systems are weaker. Nor is it known whether inoculated people can still cause potentially fatal infections in those yet to receive jabs. And it is too soon to be sure how long the beneficial effects will last.”

“While the world waits for data, it will have to grapple with distribution. Vaccine will be in short supply for most of next year.”

While many in the world say “new year, new me,” many in the U.S. are thinking “new president, new nation.” After a contentious election and, arguably, the most politically charged year ever, Americans are ready for the rhetoric to die down.

Joe Biden shared this sentiment after the Electoral College voted to make him president-elect: “Now it is time to turn the page as we’ve done throughout our history,” he said. “To unite. To heal.”

Mr. Biden said that was the only way the country could overcome the worst health crisis in more than a century, saying that in the face of the pandemic, “we need to work together, give each other a chance and lower the temperature.”

Every Democrat, Republican and American in between wants an end to national division and true solutions to its problems.

Yet true healing is going to take more than words.

For argument’s sake, let’s look at the official election results as they stand. These numbers can begin to show how much work it will take to bring widespread unity.

Mr. Trump garnered 46.9 percent of votes to Mr. Biden’s 51.4 percent. The outgoing president received the second-highest number of votes ever in a presidential election after his opponent. This was despite four-plus years of being excoriated, castigated and maligned at every turn by the vast majority of news outlets. (Of course, he has always bluntly pushed back with his signature style.) In addition, he was relentlessly hounded during the Russia investigation. He was the third president in U.S. history to be impeached. Despite all of this, he was less than six points shy of securing the popular vote.

For many Trump supporters, the relentless attacks on the president were taken personally. Many of them voted for Donald Trump in two elections and do not want to be belittled for it.

The only way unity will come is both sides reaching far over the aisle and viewing the other side as human beings with valid points of view.

Even if these inroads are made, the path to healing will be long and arduous.

A Year to Look Forward to

Of course, COVID-19 and American politics are not the only problems on the globe. And even when the world is not in the middle of a pandemic, there are still the countless, seemingly insoluble problems plaguing mankind.

As everyone pins their hopes on the year 2021, the sad record of history shows their optimism will be dashed.

Yet there is a year on which we should all pin our hopes. It is one that few understand. In fact, it involves a central theme of the Bible.

Notice what Jesus Christ said was one of His main purposes in coming to Earth: “The Spirit of the Lord is upon Me, because He has anointed Me to preach the gospel to the poor; He has sent Me to heal the brokenhearted, to preach deliverance to the captives, and recovering of sight to the blind, to set at liberty them that are bruised, to preach the acceptable year of the Lord” (Luke 4:18-19).

Have you ever heard anyone mention this “acceptable year”? It has everything to do with the gospel, which is about the Kingdom of God.

Jesus preached this acceptable year at His first coming. Yet He has not returned to bring everything stated to pass. Christ was quoting a prophecy in Isaiah 61:1-4.

When God’s Kingdom is set up—current world conditions cry out that this will be soon!—the brokenhearted will be healed, captives will be delivered, and health problems will be eradicated.

While Daniel 7:27 shows this will be an “everlasting kingdom,” it will start with an acceptable year. The original Greek word translated “acceptable” means propitious and delightful. We could all use such a year right now!

As we see the worsening problems vexing mankind today, Jesus Christ said we should cling to hope. His disciples asked Him what world conditions would look like before His Return.

Here is His response: “Nation shall rise against nation, and kingdom against kingdom: and great earthquakes shall be in diverse places, and famines, and pestilences…” (Luke 21:10-11).

This all describes the crises occurring around us now. Warfare, natural disasters, disease pandemics, hunger…

Yet we are not supposed to sink into hopelessness when this all occurs. Instead, it is a clear sign that God’s Kingdom will be here soon.

Heed Christ’s words: “And when these things begin to come to pass”—all the terrible world conditions of today!—“then look up, and lift up your heads; for your redemption draws nigh” (Luke 21:28).

What Is the Kingdom of God?
Unnecessary confusion and disagreement reign because God’s Word is ignored.