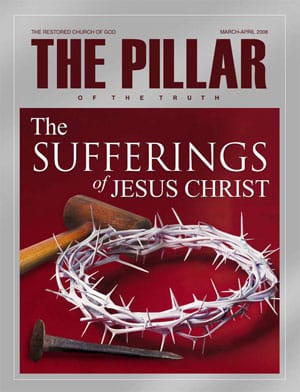 Did Jesus Have Brothers and Sisters?

There is a common misconception in mainstream Christianity that Jesus Christ was an only child. In particular, the Catholic Church teaches that it was impossible for Jesus to have brothers and sisters because of the supposed “perpetual virginity” of His mother, Mary.

To refute these claims, we must examine relevant scriptures to prove whether the Bible supports either of these doctrines.

Matthew 13:54-57 (NKJV) reads, “When He had come to His own country, He taught them in their synagogue, so that they were astonished and said, ‘Where did this Man get this wisdom and these mighty works? Is this not the carpenter’s Son? Is not His mother called Mary? And His brothers James, Joses, Simon, and Judas? And His sisters, are they not all with us? Where then did this Man get all these things?’ So they were offended at Him. But Jesus said to them, ‘A prophet is not without honor except in his own country and in his own house.’ Now He did not do many mighty works there because of their unbelief.”

From this single passage we can draw a number of conclusions:

These are the most specific verses identifying the family relations of Jesus Christ.

Christ understood who His physical family was. But many today twist His words to make it seem as if Jesus portrayed the Church—His spiritual family—to be His blood relatives.

This false assumption comes from Matthew 12:46-50 (NKJV): “While He was still talking to the multitudes, behold, His mother and brothers stood outside, seeking to speak with Him. Then one said to Him, ‘Look, Your mother and Your brothers are standing outside, seeking to speak with You.’ But He answered and said to the one who told Him, ‘Who is My mother and who are My brothers?’ And He stretched out His hand toward His disciples and said, ‘Here are My mother and My brothers! For whoever does the will of My Father in heaven is My brother and sister and mother.’”

In this passage, Jesus taught that those in the Church who seek God’s will were His spiritual brothers and sisters, and that these relationships were more meaningful and lasting than those shared with physical family. Jesus was not denying His blood relatives; rather, He used them as an example to portray a much greater family relationship.

If we accept the above set of verses, it is nearly impossible to think that Christ was an only child, as this would plainly contradict the Bible. Another series of verses clearly shows that Mary, who was a virgin at the birth of Jesus, came together in sexual union with her husband after His birth. Matthew 1:18 (NKJV) reads, “Now the birth of Jesus Christ was as follows: After His mother Mary was betrothed to Joseph, before they came together, she was found with child of the Holy Spirit.”

This implies that, as husband and wife, they eventually shared intimate relations.

Continuing in Matthew 1:20: “But while he thought about these things, behold, an angel of the Lord appeared to him in a dream, saying, ‘Joseph, son of David, do not be afraid to take to you Mary your wife, for that which is conceived in her is of the Holy Spirit.’”

The angel did not express any words forbidding Joseph to take Mary to him as his wife, but instead encouraged him with the words “do not be afraid to take to you Mary your wife.” The angel did not say, “Do not dare touch Mary for she is a perpetual virgin.”

These scriptural references serve to reinforce the truth about Christ’s blood relatives, and reveal that when the obvious meaning of straightforward passages is accepted, the truth becomes clear.

The concept of Mary’s perpetual virginity derived from the early writings of a Catholic scholar named Origen (A.D. 185-254). His claims—based on the apocryphal Gospel of James—which focuses on the childhood of Mary up to the birth and childhood of Christ, appeared around the middle of the second century.

This idea originated from the mystical practices of priestesses who worshipped various deities in Rome. The combination of Christianity and ancient pagan religions attracted early converts and became a dominant religious force. Mary’s traditional role as mother was changed and reworked as that of a perpetual virgin who should be worshipped as a goddess. This pseudo- Christian ideology made it easier for pagan worshippers to identify with her and, therefore, support the counterfeit religion.

Verses in Matthew 13 reveal that Christ experienced a normal first-century family life. His father was a hardworking carpenter; His mother a loving wife; and He was close to His brothers and sisters. They grew up living an average life in Galilee, prompting the Pharisees to express, “Where did this Man get this wisdom and these mighty works?” (vs. 54, NKJV).

Certain scholars and theologians seek to portray Christ and His parents as mystics who practiced sacred rites and advocated Gnosticism and Asceticism. But a look at the Scriptures shows that Jesus Christ enjoyed a healthy, balanced life, learning and growing in His early years with brothers and sisters!