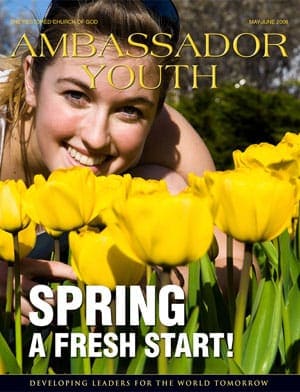 Positive Examples Throughout the Bible

Depending on your family background or the part of the world you are from, the combinations of music you may have been exposed to are probably endless. Because of this, the music people enjoy, either by listening to or actively playing, varies.

Have you ever considered what the Bible says about music? Do you know that God created music with several specific—and positive!—purposes in mind?

As with almost everything that God has created for man to use for a right purpose, it should not come as a surprise that mankind has perverted music to be used in many wrong ways. All of these wrong uses originate from the ruler of this world, Satan.

The devil was created as the archangel Lucifer, a perfect being in every way (Ezek. 28:12-15), and this applies to his ability as a musician. Lucifer was given the ability to play beautiful music through his “workmanship” and to understand its purpose as well.

But Satan eventually became a perverted being. Now, as the “prince of the power of the air” (Eph. 2:2), he broadcasts into our lives all of the wrong ways to use music. It is now his desire that we use this wonderfully positive tool in a way that God did not intend.

Even though the Bible was written thousands of years ago, it contains numerous examples of the right purposes for music, and these can still be applied today. You will find that music is a wonderful tool that can benefit you in many ways.

But this is only true when the right kind of music is used correctly!

A Powerful Tool That Elicits an Emotional Response

Most have seen in their own lives that music can profoundly affect emotions—either positively or negatively. This even applies to God Himself! When “all the men of Israel assembled” with King Solomon to celebrate the Ark of the Covenant’s arrival at the completed Temple (II Chron. 5:3), we are told that in addition to the feast and many physical sacrifices made to honor God, music was played.

The immediate effect? God’s response was so profound that the Temple was “filled with a cloud,” which represented His approval (vs. 13).

Think about this for a moment. Even the all-powerful Creator God responded to music when it was used to glorify Him. This was not just any kind of music—it truly was “special music.”

In II Chronicles 5:12-13, there is an amazing description of what garnered this response. When the singers and musicians praised God in song (there were over 120 priests playing trumpet alone), they all played “as one, to make one sound.” This means the musicians played with instruments, together in harmony. The result was uplifting due to the unison and harmony. This wasn’t like the disorderly or incoherent expression found in much of today’s music.

Another clear example of music’s proper use is when the angels “shouted for joy” and “sang together” in unison when they first saw the earth’s foundations laid (Job 38:7). Since they understood God’s purpose for music, this was how the angels expressed their joy, awe and thankfulness for God’s creation. Again, they sang together—and with joy!

Do you see a theme developing? In both of these examples, music was performed in harmony and with a specific purpose in mind—a positive one.

The book of Psalms alone has 150 wonderful examples—separate songs—that are recorded to show us the right way to use music for praise.

Music for More Than Praising God

Expressing our gratitude to our Maker through music each week is so important to God that it is commanded.

However, in the Bible there are other clearly defined purposes for music. Some of these may surprise you.

In his letter to the Colossians, the apostle Paul reminded the congregation to “let the word of Christ dwell in you richly in all wisdom; teaching and admonishing one another in psalms and hymns and spiritual songs” (3:16).

The right kinds of songs can be powerful spiritual tools to communicate with Christ directly and they can be used to teach as well.

In another example, music can have a calming effect and be helpful for relaxation. In I Samuel 16, the young David is described as a cunning and skilled harp player, who, when he played, “refreshed” the king with his wonderful music.

Again, music can have a positive effect. It is a tool with tangible benefits!

Would it surprise you to know there is a reference in the Bible to music being used at a party? Well there is! After Jacob secretly fled from his father-in-law Laban into the land that God instructed him to go, Laban chased and finally caught him. He asked Jacob, “Why did you flee away secretly…and not tell me; that I might have sent you away with mirth and songs, with [timbrel], and with harp?” (Gen. 31:27).

In other words, Laban would have organized a celebration to honor him!

King Solomon, the wisest man who ever lived, wrote the book Song of Solomon as a love song to his wife. So even “love songs” are appropriate—when used correctly.

While music doesn’t always need to be used to directly praise God, all of these examples have one thing in common: whether used to praise, express joy, teach, celebrate, relax or even express love, music is always used in a positive way.

In I Samuel, God describes King David in great detail. We are told of his teenaged days as a shepherd and his brave actions in protecting his flock from lions and bears. The story of young David’s battle with Goliath is one that even small children are familiar with. King David is described as a soldier, a man of valor, good-looking, athletic, strong and a great speaker.

Have you ever considered that this mighty man of war, a man that in today’s vernacular would be “a man’s man,” was also a skillful “player on the harp” (16:16)?

Being a talented harp player is not what most would think of as a “manly” skill, but clearly it was. However, King David was not just someone who strummed a few strings. Although there can be some benefits to casually “playing around” with a guitar or learning to play “chopsticks” on the piano, remember the examples God gives us—and strive to learn how to play an instrument.

Examining Music in Your Life

There is much we can learn from these examples. In addition to reaping great benefits from listening to music, learning to play music can be rewarding as well. The mental discipline required to learn to play an instrument with skill can stimulate the mind in wonderful ways. Certain types of music, such as the Psalms, were composed with meticulous detail and attention to organization. They were actually composed as poetry set to music!

Examine music in your own life. What kind of emotional response do you receive from the music you listen to—is it positive? Further, be proactive. Learn to play an instrument or learn to sing. If you already know how to play an instrument, rededicate yourself to learning to play it with skill.

The creation of music was intended by God to be a powerful and positive tool. Learn from the good examples in the Bible and make music a bigger part of your life!

What is true conversion? Is it merely ŌĆ£professing Christ as Lord and SaviorŌĆØ? How and when is one converted? Is it suddenŌĆöimmediate? Or a gradual process, lasting a lifetime? So many struggleŌĆ”
Order Now
Read NowRead LaterSavedRequest Added Download ePubDownload PDF