This website requires the use of Javascript to function correctly. Performance and usage will suffer if it remains disabled.
How to Enable Javascript
How Turkey’s Second-largest Lake Disappeared This Year 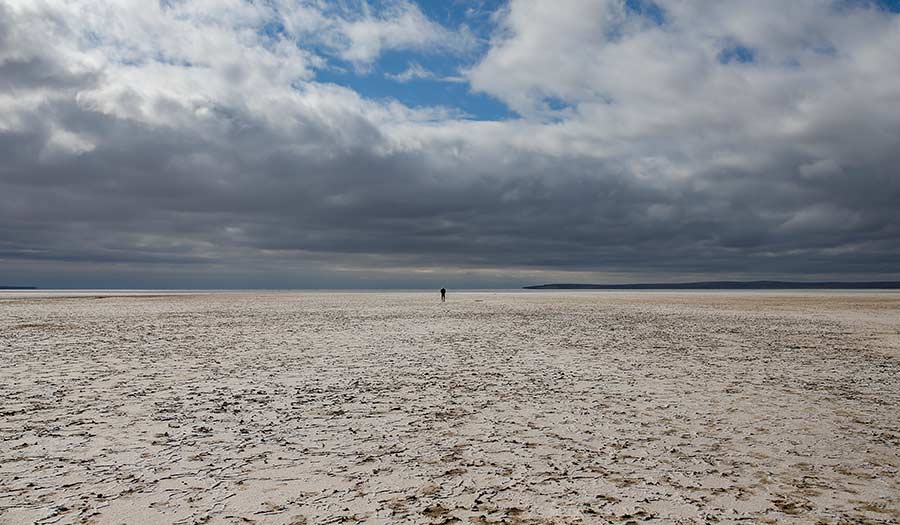 KONYA, Turkey (AP) – For centuries, Lake Tuz in central Turkey has hosted huge colonies of flamingos that migrate and breed there when the weather is warm, feeding on algae in the lake’s shallow waters.

This summer, however, a heart-wrenching scene replaced the usual splendid sunset images of the birds captured by wildlife photographer Fahri Tunc. Carcasses of flamingo hatchlings and adults scattered across the cracked, dried-up lake bed.

The 643 square mile lake—Turkey’s second-largest lake and home to several bird species—has entirely receded this year. Experts say Lake Tuz (Salt Lake in Turkish) is a victim of drought, which has hit the region hard, and decades of harmful agricultural policies that exhausted the underground water supply.

“There were about 5,000 young flamingos. They all perished because there was no water,” said Mr. Tunc, who also heads the regional branch of the Turkish environmental group Doga Dernegi. “It was an incredibly bad scene. It’s not something I can erase from my life. I hope I do not come across such a scene again.”

Several other lakes across Turkey have similarly dried up or have receded to alarming levels, affected by low precipitation and unsustainable irrigation practices. Climate experts warn that the entire Mediterranean basin, which includes Turkey, is particularly at risk of severe drought and desertification.

A study based on satellite imagery conducted by Turkey’s Ege University shows that water levels at Lake Tuz started to drop beginning in 2000, according to Turkey’s state-run Anadolu Agency. The lake completely receded this year due to intensified evaporation and insufficient rain, according to the study.

The study also noted a sharp decline in underground water levels around Lake Tuz, a hypersaline lake that straddles the Turkish provinces of Ankara, Konya and Aksaray.

The Konya basin in central Anatolia, which includes Lake Tuz, was once known as Turkey’s breadbasket. Farms in the region have turned to growing profitable but water-intensive crops such as corn, sugar-beet and alfalfa, which have drained groundwater supplies, photographer Mr. Tunc said. Farmers have dug thousands of unlicensed wells while streams feeding the lake have dried up or been diverted, he said.

“If you don’t pay them enough money, the farmers, they will plant whatever is water intensive and will make money for them. And if you just tell them it’s not allowed, then they won’t vote for you in the next election,” said Levent Kurnaz, a scientist at Bogazici University’s Center for Climate Change and Policy Studies.

The overuse of groundwater is also making the region more susceptible to the formation of sinkholes. Dozens of such depressions have been discovered around Konya’s Karapinar district, including one that Associated Press journalists saw next to a newly harvested alfalfa field.

Mr. Tunc, 46, a native of Aksaray, is saddened by the thought that he won’t be able to enjoy the flamingos with his 7-month-old son like he did with his 21-year-old son. He remains hopeful, however, that Lake Tuz may replenish itself, if the government stops the water-intensive agriculture.

“They keep telling people that they shouldn’t use groundwater for this agriculture and people are not listening. There are about 120,000 unlicensed wells in the region, and everybody is pumping out water as if that water will last forever,” Mr. Kurnaz said.

“But if you are on a flat place, it can rain as much as you want and it won’t replenish the groundwater in a short time. It takes maybe thousands of years in central Anatolia to replenish the underground water table,” he added.