This website requires the use of Javascript to function correctly. Performance and usage will suffer if it remains disabled.
How to Enable Javascript
Corruption, Economic Woes Spark Deadly Protests in Colombia 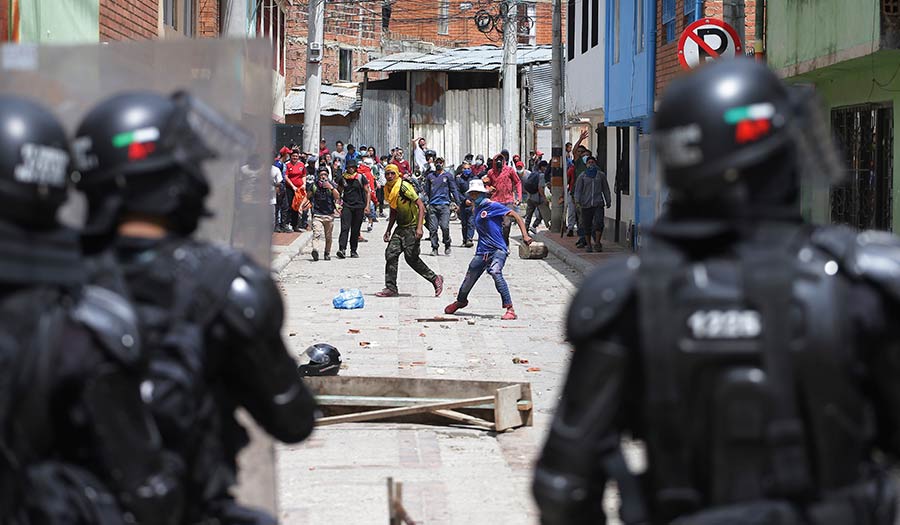 BUCARAMANGA, Colombia (AP) – Kevin Anthony Agudelo wanted to live in a country where corruption was not part of everyday life. That dream motivated the electrician to join thousands of Colombians in a series of demonstrations against the government since last week.

He never returned home from his third protest.

Sobbing beside her 22-year-old son’s coffin at a funeral home, Angela Jimenez blamed Agudelo’s shooting death on the same government he had hoped to change.

“It was like three protests. This was the last, and it was peaceful,” Ms. Jimenez told The Associated Press on Thursday. “He told me that he was going to fight for the rights of Colombia, but he did not have bad things in mind because I didn’t teach him that. My son said he wanted a better country, without so much corruption. “

Deep social discontent that festered throughout the coronavirus pandemic is drawing thousands of Colombians into the streets to vent their anger at the government. But the mostly peaceful, nationwide protests have turned deadly, with at least 26 people killed and human rights groups warning of increasing abuses by security forces.

The unrest has become a clear warning sign of what other Latin American countries could face from a weary public frustrated by the health crisis, poverty and inequity.

Colombia’s demonstrations erupted April 28, despite virus lockdown orders, after the government of President Ivan Duque introduced a tax reform that would have squeezed the middle class. The administration withdrew it four days later, but the protests continued and grew as reports emerged of police violence, deaths and disappearances.

Initially led by unions and supported by college students and social organizations, protesters have turned out in more than half of Colombia’s municipalities, sometimes erecting roadblocks that officials say have led to food shortages, prevented vaccine deliveries and blocked ambulances. The response by security forces, heavily armed from decades of battling drug traffickers and guerrillas, is being scrutinized by human rights observers.

The Attorney General’s Office and the agency responsible for monitoring human rights compliance reported Thursday that 26 people were killed in protests, including a police officer, and more than 800 injured.

What started as a protest over the government seeking to fill a $6.3 billion gap has morphed into a general demand to pay longstanding debts to the most vulnerable in society, such as Indigenous and Afro Latino people. Protesters see a link to demonstrations of November 2019 on a host of issues: earlier tax increases, the murder of social leaders, official corruption, inequality and compliance with a peace agreement that led to the 2016 demobilization of the Revolutionary Armed Forces of Colombia, known by its Spanish acronym FARC.

Peter Tejada, 25, said he took part in demonstrations in the capital of Bogota, including what he described as a peaceful sit-in Tuesday that included children and senior citizens. He said he was wounded on his back and legs by tear gas canisters.

“Directly from the tank they were shooting,” Tejada said of police, which he indicated were about 7 feet (2 meters) away.

Police in Colombia have been “armed to the teeth” for decades as they fought along the military against guerrillas and drug traffickers, said Gladys McCormick, an associate professor of history at Syracuse University, noting that has led to a broader culture of law enforcement favoring a hardline response.

“Many of these officers kind of came of age as a result of that culture, but also they have the weaponry,” McCormick said. “So, their go-to response is always to sort of like go hard line and then ask questions later.”

The demonstrations have the potential to spill into other countries where decades of corruption, flawed reforms, lack of investment in health care systems and other policies have made Latin America the most unequal region in the world. The pandemic has left millions without jobs amid the simmering anger.

The region “is ripe for unrest,” especially in countries in need of major reforms or political changes, said Raul Gallegos, director and political risk adviser at the global firm Control Risks.

“Every country has their particular pressure points. One could argue that, you know, the pandemic has made all kinds of people angry,” he said. 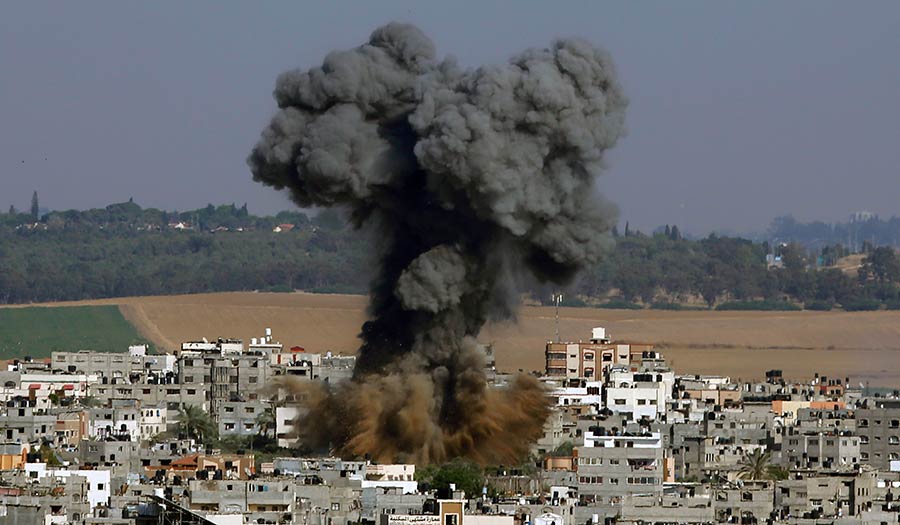 Dozens Dead as Israel and Hamas Escalate Bombardment
GAZA/JERUSALEM (Reuters) – Hostilities between Israel and the Palestinian Islamist group that runs Gaza escalated on Tuesday as each side attacked the other with aerial bombardments that recalled their last major conflict in 2014.