This website requires the use of Javascript to function correctly. Performance and usage will suffer if it remains disabled.
How to Enable Javascript
Iran Supreme Leader: Will Enrich Uranium to 60 Percent Purity if Needed 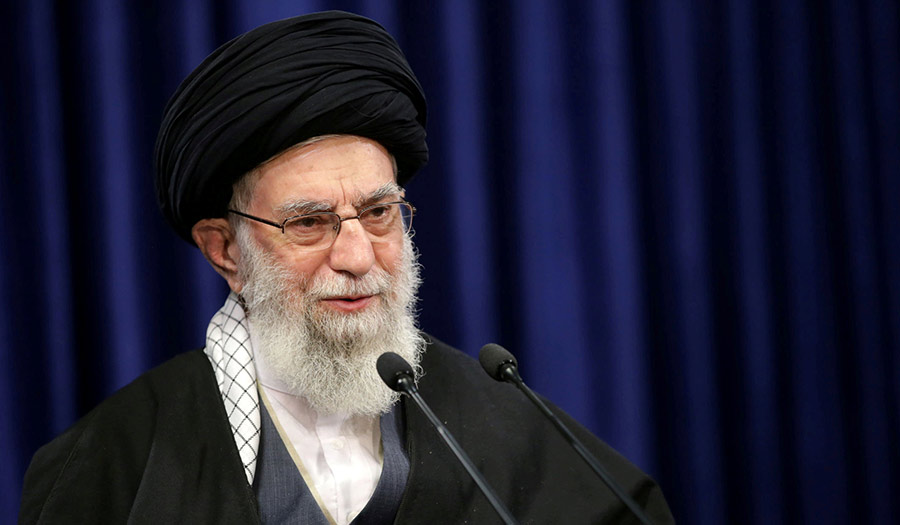 DUBAI (Reuters) – Supreme Leader Ayatollah Ali Khamenei said on Monday Iran might enrich uranium up to 60 percent purity if the country needed it and would never yield to U.S. pressure over its nuclear program, state television reported.

Iran’s 2015 nuclear deal with six powers, which it has been breaching since the United States withdrew in 2018, caps the fissile purity to which Tehran can refine uranium at 3.67 percent, well under the 20 percent achieved before the agreement and far below the 90 percent suitable for a nuclear weapon.

“Iran’s uranium enrichment level will not be limited to 20 percent. We will increase it to whatever level the country needs...We may increase it to 60 percent,” the TV quoted Mr. Khamenei as saying, upping the ante in a standoff with U.S. President Joe Biden’s administration over the future of the fraying deal.

“Americans and the European parties to the deal have used unjust language against Iran...Iran will not yield to pressure. Our stance will not change,” Mr. Khamenei said.

U.S. State Department spokesman Ned Price said Mr. Khamenei’s comments “sounds like a threat” and declined to respond to what he described as “hypotheticals” and “posturing.”

He reiterated U.S. willingness to engage in talks with Iran about returning to the 2015 nuclear deal.

The Biden administration said last week it was ready to talk to Iran about both nations returning to the accord abandoned by former U.S. President Donald Trump.

Tehran said last week it was studying a European Union proposal for an informal meeting between current members of the deal and the United States, but has yet to respond to it.

Iran, which has resumed enriching to 20 percent in an apparent bid to heap pressure on the United States, has been at loggerheads with Washington over which side should take the initial step to revive the accord.

Although under domestic pressure to ease economic hardships worsened by sanctions, Iranian leaders insist Washington must end its punitive campaign first to restore the deal, while Washington says Tehran must first return to full compliance.

Secretary of State Antony Blinken said on Monday Washington intended to bolster and extend the 2015 pact, which aimed to limit Iran’s enrichment potential—a possible pathway to atomic bombs—in exchange for a lifting of most sanctions.

Mr. Blinken, addressing the Conference on Disarmament in Geneva, said in a pre-recorded speech: “The United States remains committed to ensuring that Iran never acquires a nuclear weapon. Diplomacy is the best path to achieve that goal.”

Mr. Khamenei, in his televised remarks, repeated a denial of any Iranian intent to weaponize uranium enrichment.

He added: “That international Zionist clown [Israeli Prime Minister Benjamin Netanyahu] has said they won’t allow Iran to produce nuclear weapons. First of all, if we had any such intention, even those more powerful than him wouldn’t be able to stop us.”

To pressure the Biden administration to drop sanctions, Iran’s hardline-dominated parliament passed a law last year obliging the government to end roving snap inspections by the U.N. nuclear watchdog from Tuesday if sanctions are not lifted.

Iran’s envoy to the IAEA, Kazem Gharibabadi, said Iran had ended the implementation of the so-called Additional Protocol, which allows International Atomic Energy Agency to carry out short-notice inspections at midnight.

To create room for diplomacy, the U.N. watchdog on Sunday reached a deal with Iran to cushion the blow of Iran’s reduced cooperation and refusal to permit short-notice inspections.

Iranian lawmakers protested on Monday at Tehran’s decision to permit “necessary” monitoring by U.N. inspectors for up to three months, saying this broke the new law.