This website requires the use of Javascript to function correctly. Performance and usage will suffer if it remains disabled.
How to Enable Javascript
Donald Trump’s Presidential Legacy, by the Numbers 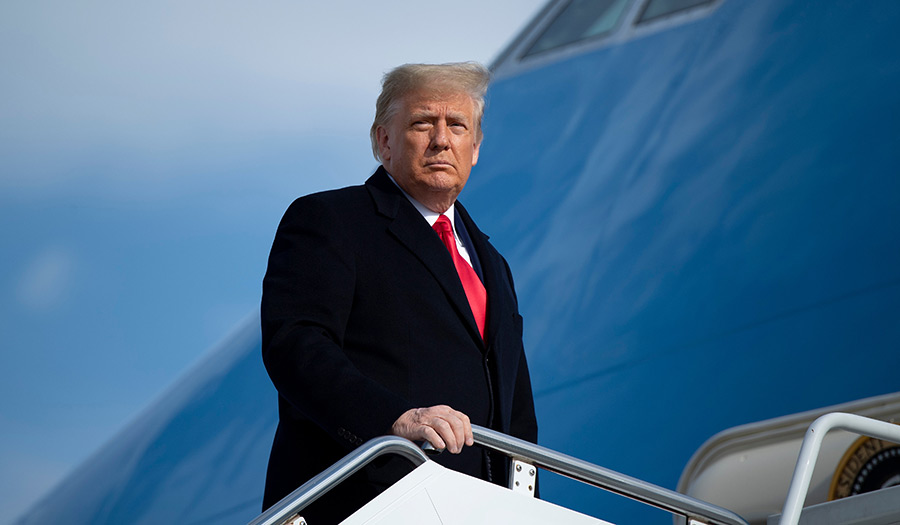 Presidential historians and others will plumb them as they assess President Donald Trump’s legacy.

His four-year term is reflected in a broad range of numbers representing everything from the U.S. death toll during the coronavirus pandemic to the trade deficit with China.

Here are some of the numbers that are part of Mr. Trump’s legacy:

2: Coronavirus vaccines—by Pfizer and BioNTech, and a separate one by Moderna—that U.S. regulators approved in 2020 for emergency use.

221: Federal trial-level and appeals court judges added to the judiciary.

$3.1 trillion: 2020 budget deficit, the largest in dollar terms in U.S. history. Tax cuts enacted in 2017 contributed to the imbalance, and it ballooned further after Congress passed $2.4 trillion in economic relief earlier this year to help unemployed workers, business owners and others weather the financial fallout from the coronavirus pandemic.

4: Men who served as acting secretary of defense, the most in any administration.

203: Days the Pentagon operated without a Senate-confirmed defense secretary, the longest stretch in the history of the office.

39 percent: Mr. Trump’s average approval rating among American adults in AP-NORC polls over the course of his presidency. Assessments of Mr. Trump’s performance were stable compared with his recent predecessors, ranging from a low of 32 percent to a high of 43 percent in AP-NORC polls.