This website requires the use of Javascript to function correctly. Performance and usage will suffer if it remains disabled.
How to Enable Javascript
UN: Ethiopia’s Conflict Has ‘Appalling Impact on Civilians’ 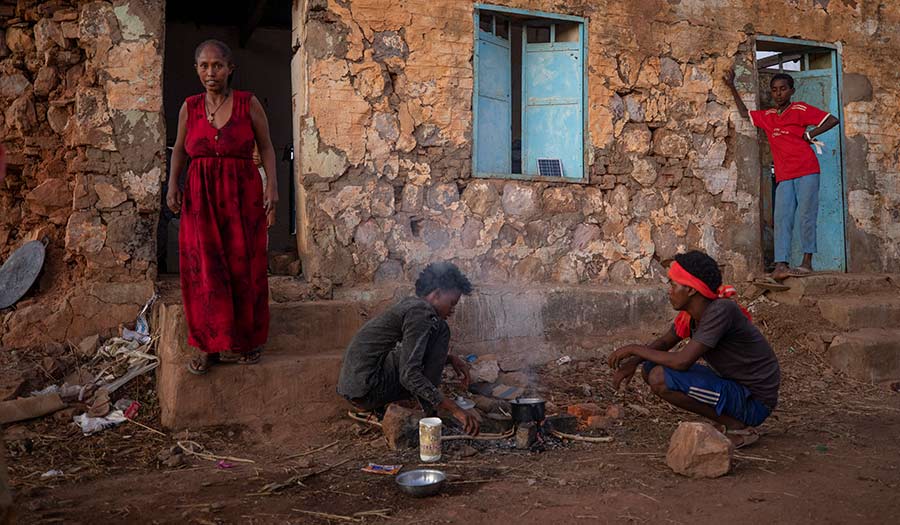 Meanwhile, Ethiopia is rejecting calls for independent investigations into the deadly fighting in its Tigray region, saying it “doesn’t need a baby-sitter.” The government’s declaration came amid international calls for more transparency into the month-long fighting between Ethiopian forces and those of the fugitive Tigray regional government that is thought to have killed thousands, including civilians. At least one large-scale massacre has been documented by human rights groups, and others are feared.

Senior government official Redwan Hussein told reporters on Tuesday evening that Ethiopia will invite others for assistance only if it feels that “it failed to investigate.” To assume the government cannot carry out such probes “is belittling the government,” he said.

Frustration is growing as the northern Tigray region remains largely cut off from the outside world, with food and medicines desperately needed by the population of 6 million—some 1 million of them now thought to be displaced.

The lack of transparency, with most communications and transport links severed, has complicated efforts to verify the warring side’s claims.

It also hurts efforts to understand the extent of atrocities that have been committed since Prime Minister Abiy Ahmed on November 4 announced that fighting had begun with the TPLF, which dominated Ethiopia’s government and military for nearly three decades before he came to power and sidelined it.

Each government now regards the other as illegal, as the TPLF objects to the postponement of national elections until next year because of the COVID-19 pandemic and sees Mr. Abiy’s mandate as expired.

UN human rights chief Michelle Bachelet said the situation is “exceedingly worrying and volatile” with fighting reported to continue in areas surrounding the Tigray capital, Mekele, and the towns of Sheraro and Axum, “in spite of government claims to the contrary.”

“We have corroborated information of gross human rights violations and abuses including indiscriminate attacks against civilians and civilian objects, looting, abductions and sexual violence against women and girls,” Ms. Bachelet told reporters. “There are reports of forced recruitment of Tigrayan youth to fight against their own communities.”

However, she said, with communications limited, “we have been unable to access the worst affected areas.”

Ethiopia’s government is pushing back against what it calls outside “interference,” from efforts at dialogue to delivering aid, drawing on its history as the rare African country never colonized, a source of deep national pride.

The government wants to manage aid delivery, and on Tuesday it said its forces had shot at and detained UN staffers who allegedly broke through checkpoints while trying to reach areas where “they were not supposed to go.”

The need for aid is critical. Mekele, a city of a half-million people, is “basically today without medical care,” the director-general of the International Committee for the Red Cross, Robert Mardini, told reporters on Tuesday. The city’s Ayder Referral Hospital has run out of supplies, including fuel to power generators.

“Doctors and nurses have been forced to make horrible life and death decisions,” Mr. Mardini said. “They suspended intensive care services and are really struggling to take care like delivering babies or providing dialysis treatment.”

While the risk of insecurity remains in the Tigray capital, there is no active fighting, Mr. Mardini said.

Overall, he said, “People in Tigray have been cut off from services for nearly a month. They have had no phone, no internet, no electricity and no fuel. Cash is running out. This of course adds to the tension.”

The End to All Conflict
More than ever before, this world desperately needs sweeping change—and SOON! On the heels of one of the worst pestilences to ever strike mankind, a firestorm of protests has engulfed the globe over the tragic death of a black man at the hands of a police officer in Minnesota. This issue of The Real Truth examines these two major crises threatening to totally destabilize an already unstable world.