This website requires the use of Javascript to function correctly. Performance and usage will suffer if it remains disabled.
How to Enable Javascript
China Urges U.S. to Stop Increasing Ties with Taiwan 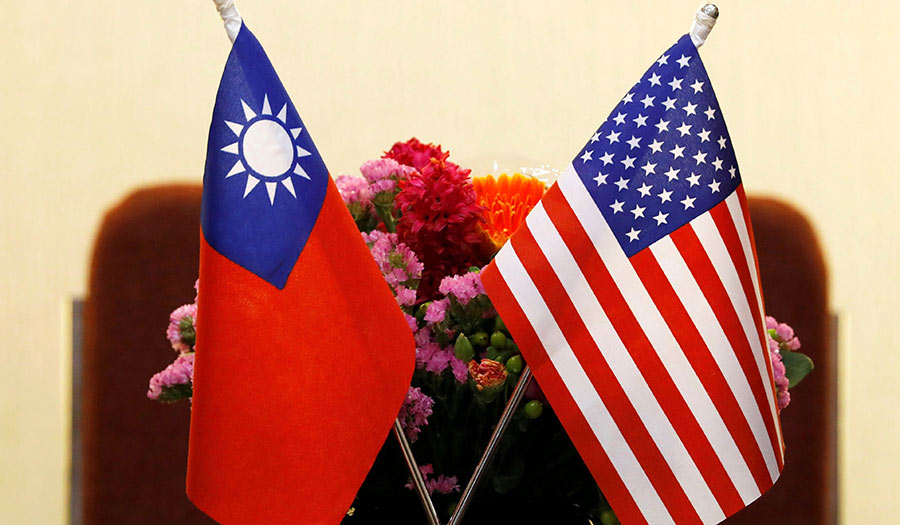 Reuters/Tyrone Siu
Flags of Taiwan and the U.S. are placed for a meeting between U.S. House Foreign Affairs Committee Chairman Ed Royce and Su Chia-chyuan, President of the Legislative Yuan, in Taipei, Taiwan (March 27, 2018).

BEIJING/TAIPEI (Reuters) – China urged the United States on Wednesday to stop boosting ties with Taiwan, after Washington and Taipei announced they would hold economic talks this month that Taiwan’s government described as a “major milestone” in relations.

China considers democratically ruled Taiwan its own territory with no right to formal ties with other countries, and has watched with growing alarm stepped up U.S. support for the island, including new arms sales and visits to Taipei by senior U.S. officials.

U.S. Undersecretary of State Keith Krach, who angered China with a visit to Taipei in September, will lead the U.S. side.

China urges the United States to “stop any kind of official exchanges or contacts with Taiwan and stop elevating substantive relations,” he added.

“This dialogue is a major milestone in Taiwan-U.S. economic relations. It demonstrates that Taiwan and the United States will develop closer and broader cooperation under their global economic strategic partnership,” it said in a statement.

Mr. Krach was the most senior State Department official to visit Taiwan in four decades after being named to head a new bilateral economic dialogue with the island.

Taiwan has long sought a free trade agreement with the United States.

While U.S. President Donald Trump is a popular figure in Taiwan due to his administration’s support for the island, Taipei’s government has moved to assure people that President-elect Joe Biden will continue that backing.

“There may be changes in the U.S. government and personnel, but we are confident in the continued development of Taiwan-U.S. relations,” Taiwan President Tsai Ing-wen said on Wednesday, according to her Democratic Progressive Party.