This website requires the use of Javascript to function correctly. Performance and usage will suffer if it remains disabled.
How to Enable Javascript
What’s Next for UK after Boris Johnson’s Resignation?

What’s Next for UK after Boris Johnson’s Resignation? 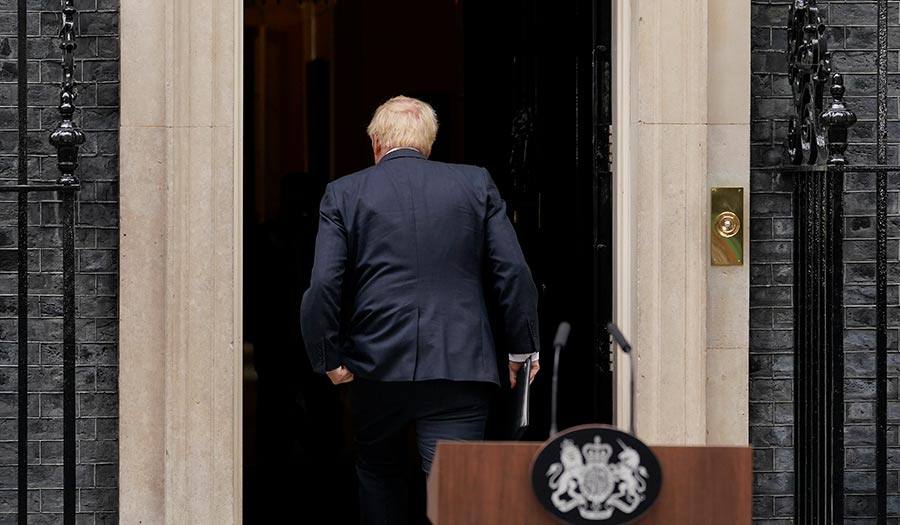 LONDON (AP) – Boris Johnson has resigned as Conservative Party leader after months of ethics scandals and a party revolt. But he remains Britain’s prime minister—for now—while a successor is chosen.

With British politics in turmoil, here is a look at what will happen next.

Why Is Boris Johnson Resigning?

Mr. Johnson’s resignation on Thursday comes after he weathered numerous scandals during a three years in power while he was accused of breaking the rules of British politics.

He survived a no-confidence vote last month. But recent revelations that Mr. Johnson knew about sexual misconduct allegations against a lawmaker before he promoted the man to a senior position in his government led to Mr. Johnson’s resignation.

Is He Still Prime Minister?

His resignation, which came after dozens of ministers quit his government in protest, sparks a party contest to replace him as leader. All Conservative lawmakers are eligible to run, and party officials could open the nominations within hours.

After candidates have come forward, Conservative lawmakers vote in a series of elimination rounds. The candidate with the lowest number of votes drops out, and voting continues until there are two contenders left. Depending on the number of candidates, the process could be completed within days.

The final two candidates will be put to a vote of the full party membership across the country—about 180,000 people—by postal ballot. That process is expected to take several weeks, with the exact timetable up to the 1922 Committee that runs party elections.

The winner of the vote will become both Conservative leader and prime minister, without the need for a national election.

Who Could Become the Next Prime Minister?

When Is Britain’s Next National Election?

Under Britain’s political rules, the next election must be called by December 2024, with election day five weeks later.

But it could come sooner. Prime ministers with a majority in parliament can call snap elections at will, and Mr. Johnson’s successor may want to seek a personal mandate by going to voters not long after being selected.

However, with the backdrop of war in Ukraine and a worsening cost-of-living crisis, they may choose to wait.

Whoever takes over from Mr. Johnson will try to rebuild the Conservative Party’s popularity. Polls suggest that if an election were held now the Conservatives would lose and the opposition Labour Party would form the new government.