This website requires the use of Javascript to function correctly. Performance and usage will suffer if it remains disabled.
How to Enable Javascript
Iran President-elect Takes Hard Line, Refuses to Meet U.S. President 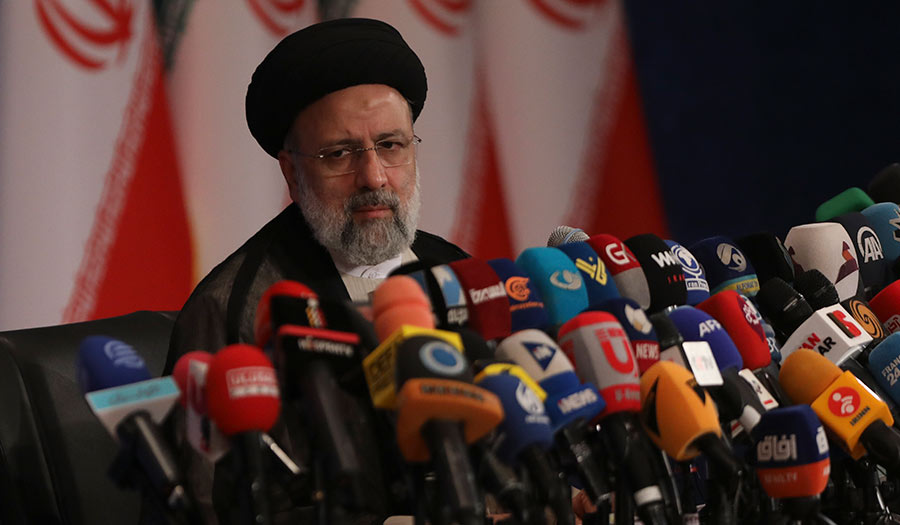 The comments by Ebrahim Raisi offered a blunt preview of how Iran might deal with the wider world in the next four years as it enters a new stage in negotiations to resurrect its now-tattered 2015 nuclear deal with global powers.

The news conference in Tehran also marked the first time the judiciary chief found himself confronted on live television about his role in the 1988 mass execution of political prisoners at the end of the Iran-Iraq war. Mr. Raisi offered no specific response to that dark chapter in Iranian history, but appeared confident and defiant as he described himself as a “defender of human rights.”

The 60-year-old cleric, a protege of Iranian Supreme Leader Ayatollah Ali Khamenei, swept nearly 62 percent of the 28.9 million votes in Friday’s presidential election, which saw the lowest turnout in the Islamic Republic’s history. Millions of Iranians stayed home in defiance of a vote they saw as tipped in Mr. Raisi’s favor after a panel under Mr. Khamenei disqualified prominent reformist candidates and allies of relatively moderate President Hassan Rouhani. Tehran province had a staggeringly low 34 percent turnout, roughly half of previous years, with many polling stations noticeably deserted.

Concerning the talks over Iran’s nuclear deal, Mr. Raisi promised to salvage the accord to secure relief from U.S. sanctions that have devastated the Iranian economy. But he ruled out any limits to Iran’s missile capabilities and support for regional militias—among other issues viewed by Washington as shortcomings of the landmark deal that the Biden administration wants addressed.

“It’s nonnegotiable,” Mr. Raisi said of Iran’s ballistic missile program, adding that the U.S. “is obliged to lift all oppressive sanctions against Iran.”

Tehran’s fleet of attack aircraft largely dates back to before the 1979 Islamic Revolution, forcing Iran to instead invest in missiles as a hedge against its regional Arab neighbors, which have bought billions of dollars in American military hardware over the years. Those missiles, with a self-imposed range limit of 1,240 miles, can reach across the Mideast and U.S. military bases in the region.

Mr. Raisi will become the first serving Iranian president sanctioned by the U.S. government even before entering office, in part over his time as the head of Iran’s internationally criticized judiciary—a situation that could complicate state visits and speeches at international forums such as the United Nations.

Mr. Raisi’s election vaults hard-liners to top posts across the government as negotiations grind on in Vienna to try to rescue Tehran’s nuclear deal, which lifted sanctions on Iran in exchange for curbs on its atomic program.

In 2018, then-U.S. President Donald Trump unilaterally withdrew America from the agreement. Since then, Iran has enriched uranium to 60 percent, its highest level ever, though still short of weapons-grade 90 percent.