This website requires the use of Javascript to function correctly. Performance and usage will suffer if it remains disabled.
How to Enable Javascript
Pandemic Has Fueled Eating Disorder Surge in Teens, Adults 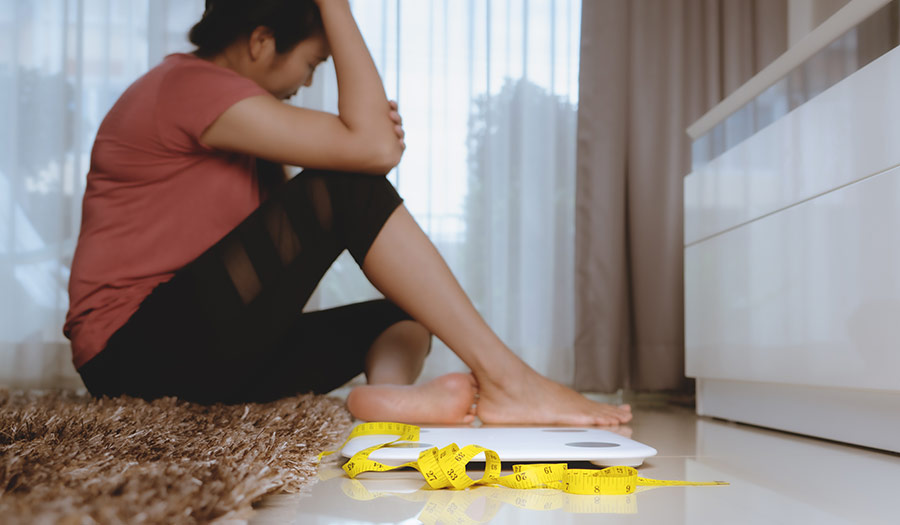 The Associated Press – Many hospital beds are full. Waiting lists for outpatient treatment are bulging. And teens and adults seeking help for eating disorders are often finding it takes months to get an appointment.

The pandemic created treacherous conditions for eating disorders, leading to a surge of new cases and relapses that is not abating as restrictions are loosened and COVID-19 cases subside in many places, doctors and other specialists say.

“We are absolutely seeing massive increases,” said Jennifer Wildes, an associate psychiatry professor and director of an outpatient eating disorders program at the University of Chicago Medicine. Some patients are waiting four to five months to get treatment such as psychotherapy and sometimes medication. Waits usually lasted only a few weeks pre-pandemic, Dr. Wildes said.

Her program is treating about 100 patients, a near doubling since before the pandemic, she said.

The Emily Program, a University of Minnesota-affiliated eating disorders treatment program, is experiencing the same thing.

Daily calls from people seeking treatment have doubled, from roughly 60 in 2019 to up to 130 since the pandemic began, said dietitian Jillian Lampert, the program’s chief strategy officer.

“We know that anxiety and isolation are typically very significant components of eating disorders,” she said.

Some patients say “my life feels out of control” because of the pandemic and they resort to binge eating as a coping mechanism, Dr. Lampert said. Others have taken the message “don’t gain the pandemic 15” to the extreme, restricting their diets to the point of anorexia.

The program offers in-patient treatment and outpatient programs in several states, which switched to teletherapy when the pandemic began. That has continued, although some in-person treatment has resumed.

“We’ve seen an increase across the board,” in patients of all races, adults, teens and sometimes even young kids, she said.

Peyton Crest, an 18-year-old from Minnetonka, Minnesota, says she developed anorexia before the pandemic but has relapsed twice since it began.

She was already anxious and under pressure when school went online and social distancing began last year.

“It was my junior year, I was about to apply for college,” she said. Suddenly deprived of friends and classmates, her support system, she would spend all day alone in her room and became preoccupied with thoughts of food and anorexic behavior.

With her parents’ prodding, she got local treatment in June, but relapsed again in September and spent almost two months in a residential treatment center in Arizona.

Her school recently returned to in-person classes, she was accepted at Rhodes College in Memphis, and Miss Crest says she is doing much better.

“My mental health has improved immensely,” she said.

Dr. Wildes said her program has not seen a slow-down.

“People haven’t really gotten back to their routines,” she said, predicting that the surge in patients will not subside until the fall.

The Alliance for Eating Disorders Awareness, which started offering virtual therapist-led support groups for adults during the pandemic, has also seen a surge. Since January more than 7,000 people from every state and 32 countries have attended their support groups, said alliance CEO Johanna Kandel.

Hospitalizations are also up among teen girls with severe complications from eating disorders, mostly anorexia.

Eating disorders affect at least 9 percent of people worldwide. They will affect nearly 30 million Americans in their lifetimes and cause about 10,000 U.S. deaths each year, according to data cited by the National Association of Anorexia Nervosa and Associated Disorders.

Anorexia, one of the more common eating disorders, typically involves restrictive eating habits and extreme thinness. It can cause abnormally low blood pressure and organ damage.

Bulimia, another eating disorder, includes eating large amounts of food followed by self-induced vomiting. Signs can include frequent use of laxatives and immediate trips to the bathroom after meals.

“The COVID pandemic has presented society and in particular adolescents with very, very significant psychological challenges. This has been a big event that has disrupted a lot of people’s lives in many ways and it may be months or years before we see all of the true impacts,’’ said Dr. Dave Little, a family physician and researcher at Epic who led the analysis.

He said the data should put parents and health care providers on the alert.

“Talk to your kids, talk to your patients. Ensure that eating behaviors remain healthy and the sooner you get an indication that there may be an issue…the sooner you respond the better,” Dr. Little said. 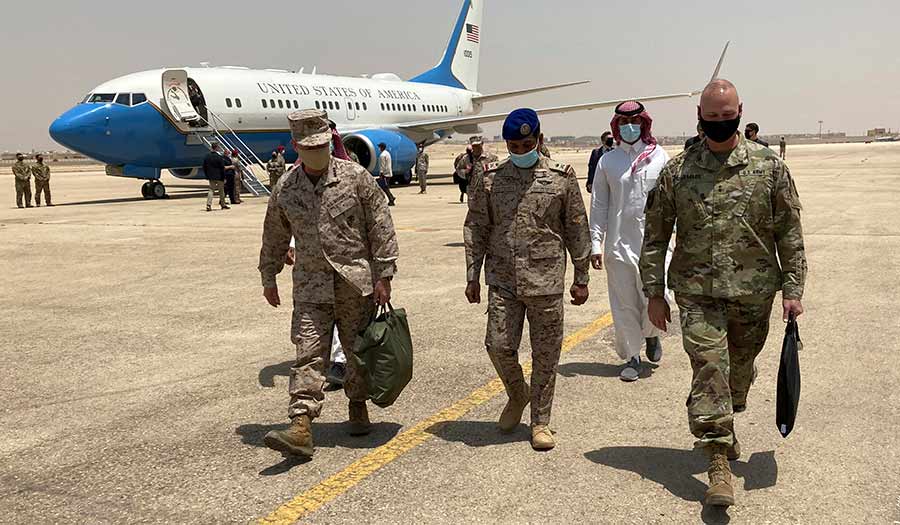 Top U.S. General for Mideast: As U.S. Scales Back, China May Step In
RIYADH, Saudi Arabia (AP) – As the United States scales back its military presence across the Middle East to focus on great power competition with China and Russia, it risks giving those two countries a chance to fill the gap and expand their influence around the Gulf, the top U.S. commander for the region said Sunday.