This website requires the use of Javascript to function correctly. Performance and usage will suffer if it remains disabled.
How to Enable Javascript
Is it Snowing Microplastics in Siberia? Russian Scientists Take Samples

Is it Snowing Microplastics in Siberia? Russian Scientists Take Samples 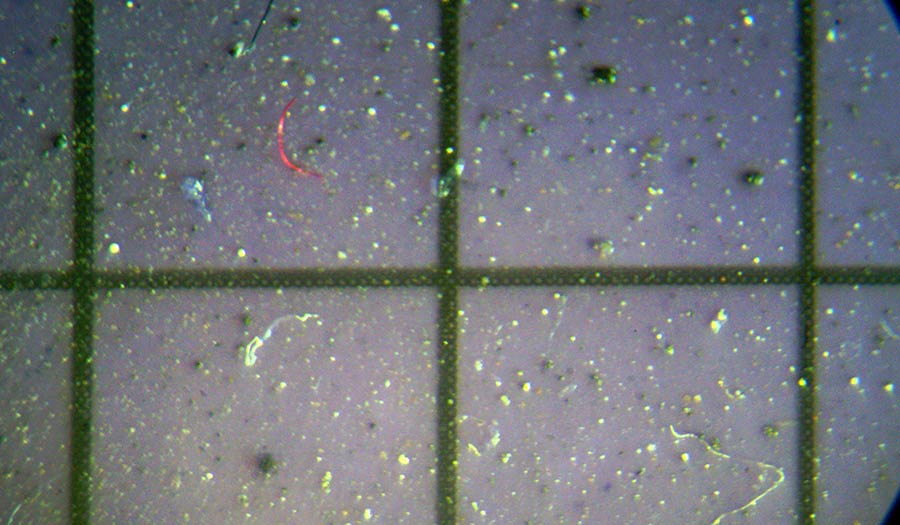 Microplastic particles found in snow samples taken in Siberia are seen through a microscope at a laboratory in Tomsk, Russia (March 17, 2021).

MOSCOW (Reuters) – Russian scientists are trying to understand the scale of a potential threat to the environment in Siberia: snow polluted with microplastics that then melts and seeps into the ground.

Scientists at Tomsk State University (TSU) say they have gathered snow samples from 20 different Siberian regions—from the Altai mountains to the Arctic—and that their preliminary findings confirm that airborne plastic fibers are turning up in snow in remote parts of the wilderness.

"It's clear that it's not just rivers and seas that are involved circulating microplastics around the world, but also soil, living creatures and even the atmosphere," Yulia Frank, scientific director at TSU's Microplastics Siberia centre, told Reuters.

Microplastics, which are created when bigger pieces of plastic litter break up over time, are increasingly being found in the air, food, drinking water and even Arctic ice. Scientists are increasingly worried they may pose a risk to human health and marine life, though there is no consensus yet on the issue.

Tomsk scientists have previously found microplastics in the digestive systems of fish caught in Siberian rivers, confirming that they are contributing to polluting the Arctic Ocean with plastic.

"Siberia is absolutely under-researched in this aspect and our [Russia's] interest in this problem comes late compared to the rest of the world," Ms. Frank said.

Scientists are now studying the snow samples to understand to what degree population density, the proximity of roads and other human activity contributes to the pollution.

The Human Problem – Would the Planet Be Better Off Without Us?
In a 2004 Hollywood thriller about the catastrophic effects of a climate gone haywire, the heroes face tidal waves, sudden deep freezes and other threats due to manmade weather upsets. Eventually, the worst is over and humanity prepares to rebuild, triumphant as usual.