This website requires the use of Javascript to function correctly. Performance and usage will suffer if it remains disabled.
How to Enable Javascript
‘How Many Dead Bodies?’ Asked Myanmar Protester Killed on Bloodiest Day 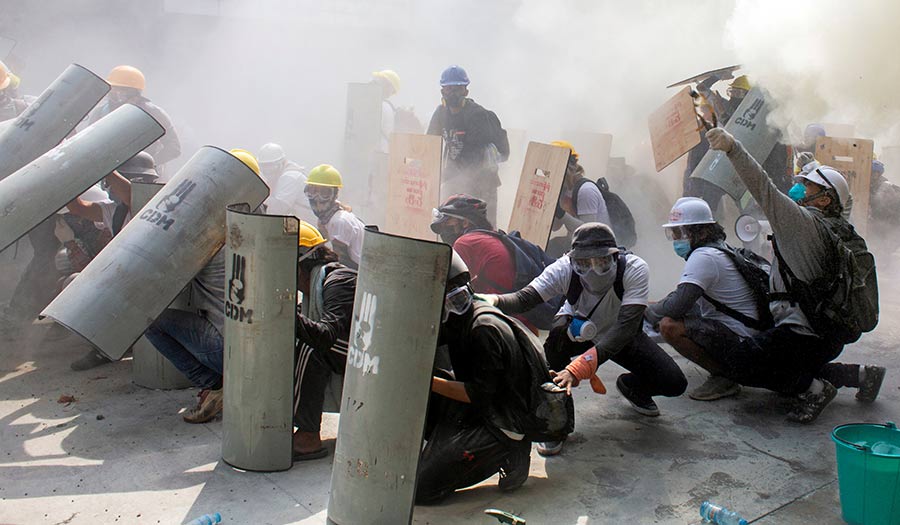 Reuters/Stringer
Protesters take cover as they clash with riot police officers during a protest against a military coup in Yangon, Myanmar (Feb. 28, 2021).

Reuters – The day before he was killed, internet network engineer Nyi Nyi Aung Htet Naing had posted on Facebook about the increasingly violent military crackdown on pro-democracy protests in Myanmar.

“#How_Many_Dead_Bodies_UN_Need_To_Take_Action,” he wrote, in reference to the United Nations.

He was among the first shot dead in Myanmar’s biggest city of Yangon on Sunday, the bloodiest day since the February 1 coup prompted daily protests against the junta and to demand the release of elected leader Aung San Suu Kyi.

The United Nations Human Rights Office said at least 18 people had been killed and 30 wounded on Sunday, bringing the total number of protesters killed since the coup to at least 21. The army says one policeman has died in the unrest.

Authorities did not respond to requests for comment on Sunday’s violence.

The state-run Global New Light Of Myanmar said the army had previously shown restraint, but could not ignore “anarchic mobs.” It said “severe action will be inevitably taken” against “riotous protesters.”

With daily protests and strikes paralyzing a country where the army had promised to bring order, soldiers and police intensified their crackdown at the weekend.

Video from an apartment above records the sound of gunshots as Nyi Nyi lies slumped outside the gate of the Kamaryut township high school—dressed in a check shirt and with a builder’s white hard hat, his phone in his hand.

Across the country, protesters wearing plastic work helmets and with makeshift shields faced off against police and soldiers in battle gear, including some from units notorious for tough crackdowns on ethnic rebel groups in Myanmar’s border regions.

In the coastal town of Dawei, security forces opened fire on demonstrators in the middle of the road, witnesses said.

Video footage shared on social media shows a protester clad in jeans and flip flops lying motionless after the crowd scatters. Soldiers walk past the body and begin beating another protester.

In Myanmar’s second city of Mandalay, a man was shot dead as he rode his motorbike. Protesters carried his lifeless body to an ambulance. The bullet pierced his red helmet, leaving it drenched in blood, images on social media showed.

The live video and photos shared on social media, not all of which were verified by Reuters, showed medics rushing to retrieve the dead and injured, carrying them away on stretchers, stuffing cotton wool into gaping wounds.

One front-line reporter posted on Facebook that police had told people they were not shooting because they had been ordered to.

“We shoot because we want to. Get inside your homes if you don’t want to die,” she quoted one as shouting.

Yangon echoed to the sound of stun grenades and rubber bullets and the occasional zip of a live round.

Despite the crackdown, protesters moved to different districts, setting up roadblocks with wheeled garbage bins, lighting poles and concrete blocks.

Some held riot shields homemade from tin sheet and stenciled with the word “PEOPLE” to contrast with those labelled “POLICE.”

Protesters wrote their blood group and a contact number for next of kin on their forearms in case they were wounded.

Until nightfall, demonstrations flared and subsided. 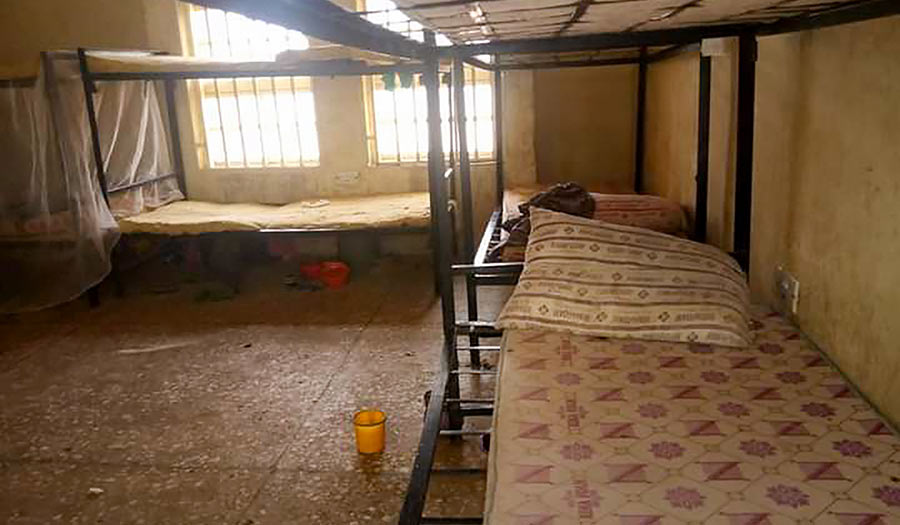 Gunmen Abduct 317 Schoolgirls in Increasingly Lawless Northwest Nigeria
LAGOS, Nigeria (AP) – Gunmen abducted 317 girls from a boarding school in northern Nigeria on Friday, police said, the latest in a series of mass kidnappings of students in the West African nation.