This website requires the use of Javascript to function correctly. Performance and usage will suffer if it remains disabled.
How to Enable Javascript
UN Kicks Off Selection of Next Secretary-General

UN Kicks Off Selection of Next Secretary-General 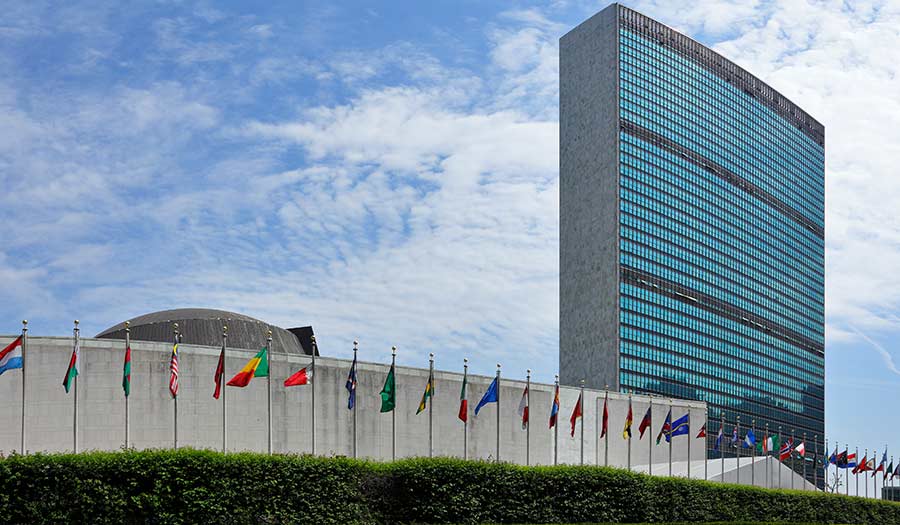 UNITED NATIONS (AP) – The United Nations kicked off the selection of its next secretary-general on February 5, asking the 193 U.N. member states to submit candidates to be the world organization’s chief diplomat and operating officer.

Secretary-General Antonio Guterres, whose current term expires on December 31, 2021, announced last month that he is seeking a second five-year term.

Honduras’ U.N. Ambassador Mary Elizabeth Flores Flake also sent a letter to all U.N. member nations saying there has never been a female secretary-general and asking them to “present women candidates.”

“I am writing this communication from a place of conviction, where standing for equal rights makes a difference in creating a fair and equitable organization, and opening opportunities for women all over the world,” Ms. Flores Flake said.

A 2015 General Assembly resolution, which was adopted by consensus, changed the previously largely secretive selection of the secretary-general to a more open and transparent process. It allowed the world body’s member states for the first time to see basic information about all candidates, including their resumes, and to meet and question them at open sessions.

Just before Christmas, a group of 25 nations from all regions called the Accountability Coherence and Transparency group wrote to the General Assembly and Security Council urging that the selection process for the next secretary-general meets “at a minimum” the 2015 standards of transparency and involvement of the 193 U.N. member nations.

Mr. Guterres’ election was a disappointment to women, who had hoped to break the all-male hold on the post, and to East Europeans who have never had a secretary-general from the region. It was supposed to be next in the informal geographical rotation for U.N. chief when Guterres, a Portuguese, was elected.

The General Assembly elects the secretary-general on the recommendation of the 15-member Security Council where the five permanent members—the U.S., Russia, China, Britain and France—have veto power, so their support is crucial.

In the 2016 race, there were 13 candidates vying to be secretary-general, seven women and six men, and the General Assembly held open interviews for each of them, where ambassadors from all countries could ask questions. Six straw polls were held in the Security Council between July and October, and Mr. Guterres led in all of them.

The current election is the first under the 2015 resolution where an incumbent is seeking reelection. Whether any candidates are put forward to challenge him remains to be seen.

In their joint letter, Ms. Woodward and Mr. Bozkir said “the position of the secretary-general is one of great importance that requires the highest standards of efficiency, competence and integrity, and a firm commitment to the purposes and principles of the Charter of the United Nations.” It stressed that candidates should have “proven leadership and managerial abilities, extensive experience in international relations, and strong diplomatic, communication and multilingual skills.”

The letter states that Mr. Guterres “indicated his readiness to meet the expectations of the membership regarding transparency and inclusivity with the submission of a vision statement and participation in an informal dialogue with member states.”

Ms. Woodward and Mr. Bozkir said informal dialogues with candidates will take place before the Security Council begins the selection process by May or June.

Ms. Woodward tweeted that the Security Council and General Assembly presidents have worked “kick-starting the process of selecting and appointing the U.N. secretary-general.”

“We look forward to contributing to an open process over the coming months,” Ms. Woodward said.