This website requires the use of Javascript to function correctly. Performance and usage will suffer if it remains disabled.
How to Enable Javascript
On 75th Anniversary of UN, Its Chief Appeals for Peace

On 75th Anniversary of UN, Its Chief Appeals for Peace 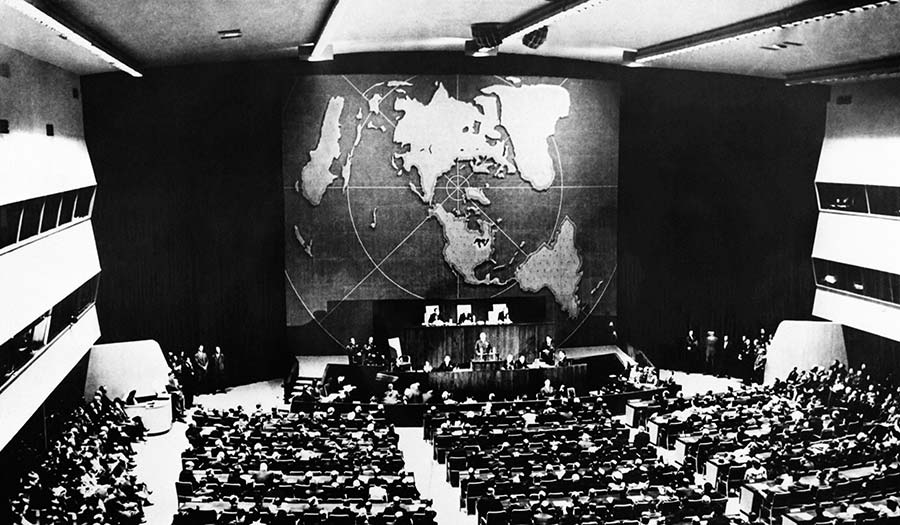 AFP via Getty Images
President Harry Truman makes a formal welcoming speech to members of the UN General Assembly at its opening session in in New York City (Oct. 23, 1946).

Born out of World War II’s devastation to prevent the scourge of conflict, the United Nations marked its 75th anniversary Monday with an appeal from Secretary-General Antonio Guterres to preserve the longest period in modern history without a military confrontation between the world’s most powerful nations.

The UN chief told the mainly virtual official commemoration that “it took two world wars, millions of deaths and the horrors of the Holocaust for world leaders to commit to international cooperation and the rule of law,” and that commitment produced results.

“A Third World War—which so many had feared—has been avoided,” Mr. Guterres said. “This is a major achievement of which member states can be proud—and which we must all strive to preserve.”

His appeal came at an inflection point in history, as the United Nations navigates a polarized world facing a pandemic, regional conflicts, a shrinking economy, growing inequality and escalating U.S.-China tensions.

But today, he warned, “biodiversity is collapsing, poverty is rising, hatred is spreading, geopolitical tensions are escalating, nuclear weapons remain on hair-trigger alert.” What is more, new technologies have produced opportunities “but also exposed new threats.”

In an AP interview in June, Mr. Guterres said the UN’s biggest failing was its inability to prevent medium and small conflicts.

Appealing for the world’s nations and peoples to work together, Mr. Guterres said, “the COVID-19 pandemic has laid bare the world’s fragilities” which can only be addressed together.

While the UN has been criticized for spewing out billions of words and achieving scant results on its primary mission of ensuring global peace, it nonetheless remains the one place that its 193 member nations can meet to talk.

The United Nations marked its actual 75th anniversary—the signing of the UN Charter in San Francisco on June 26, 1945, by delegates from about 50 countries—on that date this year at an event scaled down because of the coronavirus pandemic.

Monday’s mainly virtual official commemoration was not a celebration. It included some grim video footage of the crises and conflicts during the UN’s history, as well as high points and successes.

In an interview in 2018, the secretary-general summarized the 21st-century complexities peacekeepers face: “Peacekeeping was conceived, as the name indicates, to keep the peace…so the idea is, let’s have a force of the UN—blue helmets—that is not supposed to fight. The peacekeepers were supposed to preserve the stability of a country that has reached peace. Now the truth is that most of the peacekeeping operations today are taking place where there is no peace to keep.”

When There Is “No Peace to Keep” provides a harrowing picture of what the UN leader meant by those words, and describes a way real and lasting world peace can be accomplished. 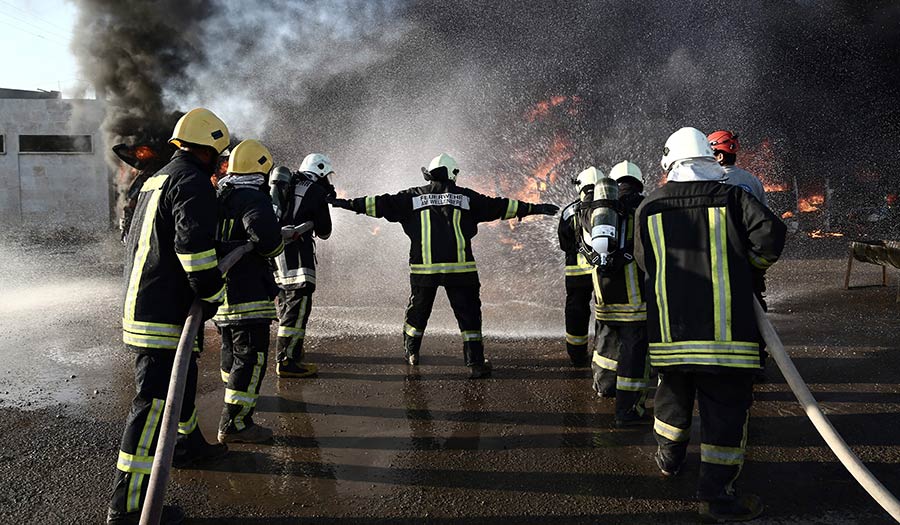 When There Is “No Peace to Keep”
The United Nations and others have led peacekeeping efforts for decades. But in conflict zones, they are often attempting the impossible: preserve peace where none exists.