This website requires the use of Javascript to function correctly. Performance and usage will suffer if it remains disabled.
How to Enable Javascript
How North Korea Skirts Sanctions to Make Billions, Build Nukes 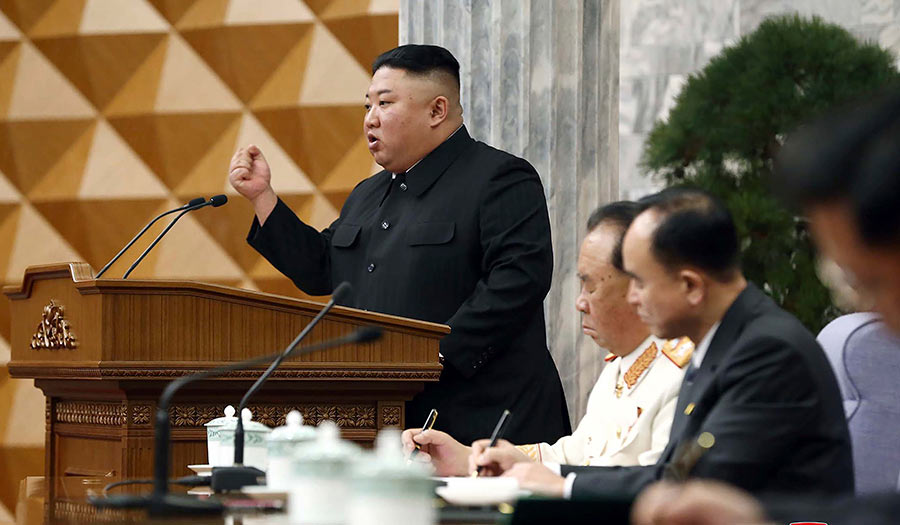 The panel of experts monitoring sanctions on the Northeast Asian nation said in a report sent to Security Council members Monday that North Korea’s “total theft of virtual assets from 2019 to November 2020 is valued at approximately $316.4 million,” according to one unidentified country.

The panel said its investigations found that North Korean-linked cyber actors continued to conduct operations in 2020 against financial institutions and virtual currency exchange houses to generate money to support its weapons of mass destruction and ballistic missile programs.

In August 2019, the UN panel said North Korean cyber experts illegally obtained proceeds “estimated at up to $2 billion” to fund its weapons programs.

The panel said in the new report that it investigated “malicious” activities by the Reconnaissance General Bureau—North Korea’s primary intelligence agency, which is on the UN sanctions blacklist—including “the targeting of virtual assets and virtual asset service providers, and attacks on defense companies.”

North Korea continues to launder stolen cryptocurrencies especially through over-the-counter virtual asset brokers in China to acquire fiat currency which is government backed, like the U.S. dollar, the experts said.

The panel said it is investigating a September 2020 hack against a cryptocurrency exchange that resulted in approximately $281 million worth of cryptocurrencies being stolen, and transactions on the blockchain indicating the $281 million hack is related to a $23 million second hack in October 2020.

“Preliminary analysis, based on the attack vectors and subsequent efforts to launder the illicit proceeds strongly suggests links to the DPRK,” the experts said, using the initials of the country’s official name, the Democratic People’s Republic of Korea.

According to one unnamed country, North Korea also continues to generate illegal revenue by exploiting freelance information technology platforms using the same methods it does to access the global financial system—false identification, use of virtual private network services, and establishing front companies in Hong Kong, the panel said.

It cited images, data and calculations from an unidentified country showing that between January 1 and September 30 last year North Korea received shipments of refined petroleum products exceeding “by several times” the annual ceiling of 500,000 barrels set by the Security Council.

UN sanctions ban North Korean coal exports, and the panel said shipments of coal appear to have been largely suspended since late July 2020.

It said that last year, North Korea continued to transfer fishing rights in violation of sanctions, which earned the country $120 million in 2018, according to an unnamed member state.