This website requires the use of Javascript to function correctly. Performance and usage will suffer if it remains disabled.
How to Enable Javascript
West Concerned by Closer Russia-China Ties, Top NATO General Says 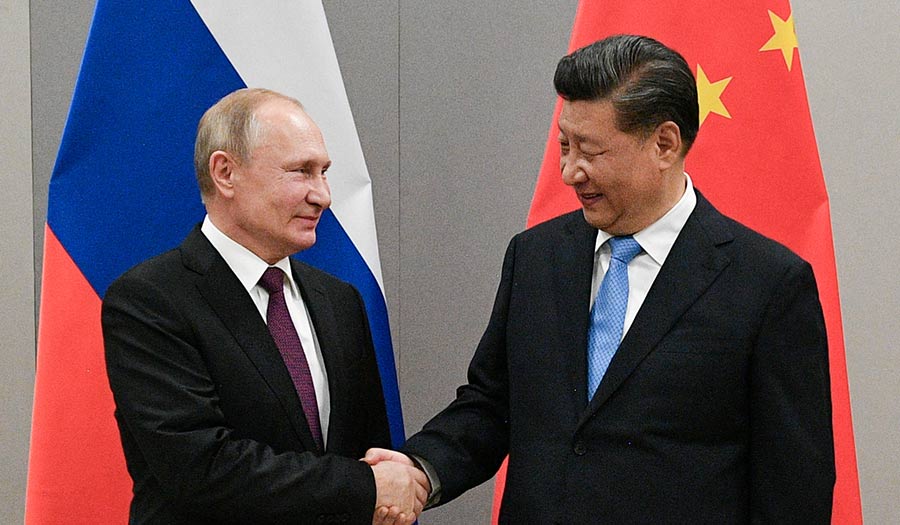 Russian President Vladimir Putin shakes hands with Chinese President Xi Jinping during their meeting on the sidelines of a BRICS summit in Brasilia, Brazil (Nov. 13, 2019).

BRUSSELS (Reuters) – The United States and its Western allies are increasingly concerned about growing cooperation between Russia and China in areas of common interest, NATO’s top general said on Wednesday.

The Pentagon has put countering China and Russia at the center of its strategy since 2018, even though U.S. defense spending outstrips that of Moscow and Beijing.

And in 2019, Russian President Vladimir Putin and his Chinese counterpart Xi Jinping oversaw the launch of a three-decade pipeline project to transport natural gas from Siberia to northeast China.

Tod Wolters, NATO’s Supreme Allied Commander Europe, or SACEUR, told reporters that the growing cooperation “really does suggest an emergence of a partnership of convenience.”

He said the partnership was intended to advance mutual interests, “and that advancement could be to the detriment of Europe and corresponding and surrounding nations.”

NATO accuses Russia of trying to destabilize the West with new nuclear weapons, cyber attacks and covert action. The European Union, many of whose states are members of NATO, sees China as a rival for influence as well as a trading partner.

Historically, relations between Russia and China, who share a land border of over 2,600 miles, have been marked by distrust, with Russian nationalists warning of encroaching Chinese influence in Russia’s mineral-rich far east.

But Russia pivoted towards China after being punished with Western sanctions for its annexation of the Crimean Peninsula from Ukraine in 2014.

“We are ever so vigilant with respect to that growing cooperation,” Gen. Wolters said.