This website requires the use of Javascript to function correctly. Performance and usage will suffer if it remains disabled.
How to Enable Javascript
NATO Chief Urges Defense Budget Hike to Counter More Assertive Russia 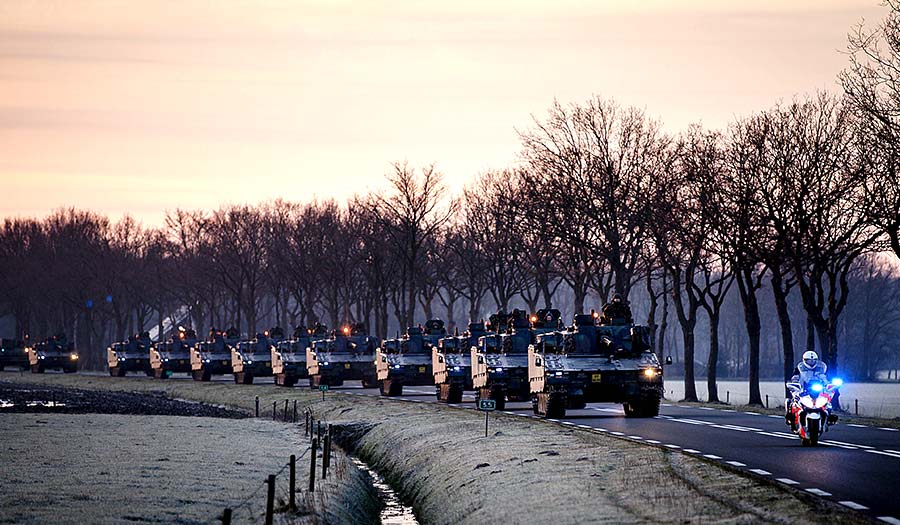 Robin van Lonkhuijsen/AFP/Getty Images
Army tank vehicles line up at a military base to be transported to Germany for the NATO quick reaction force, in Steenwijk, The Netherlands (Feb. 8, 2018).

NATO Secretary General Jens Stoltenberg is urging European allies and Canada to keep ramping up defense spending, as the alliance expands its command headquarters in response to a more assertive Russia.

Mr. Stoltenberg said Wednesday that “to keep our nations safe, we need more defense spending, investment in key capabilities, and forces for NATO missions and operations.”

At NATO talks in Brussels, defense ministers are set to announce the creation of two new command centers to cover trans-Atlantic maritime transport routes and logistics and transport within Europe.

The U.S. is expected to take responsibility for the Atlantic command, while Germany is best placed for the logistics hub. Allies are also likely to announce the launch of a new cyber operations center.

NATO nations cut defense spending and slashed staffing at its commands after the Cold War, but Russia’s annexation of Crimea in 2014, following its war with Georgia in 2008, has spurred the allies to boost military budgets.

The United States, which spends more on defense than all the other allies combined, has also been boosting the Pentagon’s budget for the European Deterrence Initiative, which was created to deter Russia from expanding farther into Eastern Europe.

“The [financial year 2019] budget request included $6.5 billion for the EDI—an increase over the $4.8 billion requested in FY18 and a steep increase from the $3.4 billion received for FY17,” DefenseNews reported.

Secretary of Defense James Mattis told reporters while traveling in Europe that defense budget increases “would be decided based on the situation in Europe at the time,” the news outlet continued.