This website requires the use of Javascript to function correctly. Performance and usage will suffer if it remains disabled.
How to Enable Javascript
Explainer: Why India’s Farmers Are Revolting Against PM Modi

Explainer: Why India’s Farmers Are Revolting Against PM Modi 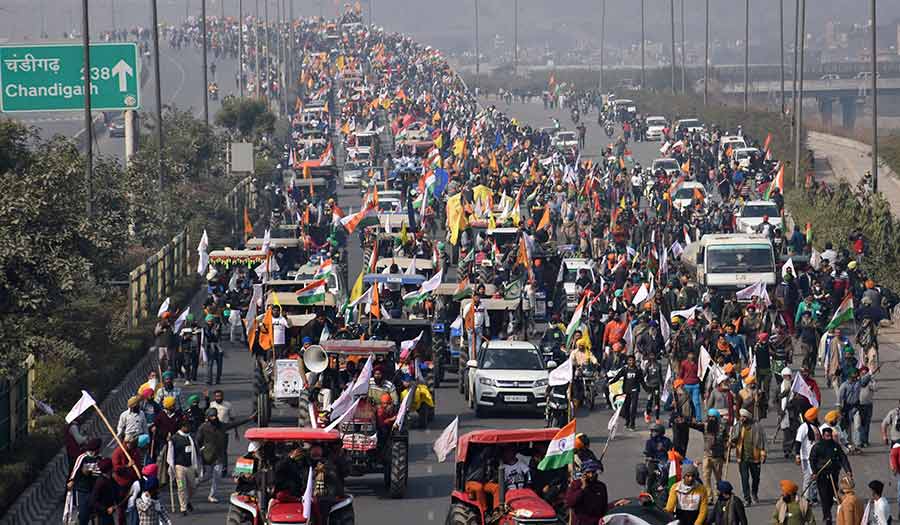 AP/Dinesh Joshi
Farmers participate in a tractor protest rally toward the capital during India’s Republic Day in New Delhi (Jan. 26, 2021).

Here is an explanation of what is at the heart of two months of demonstrations and what it means for Mr. Modi’s government.

Most of the protesters are farmers from northern Punjab and Haryana states, the two biggest agricultural producers. They are demanding the repeal of laws passed by Parliament in September that they say will favor large corporate farms, devastate the earnings of many farmers and leave those who hold small plots behind as big corporations win out. Mr. Modi has billed the laws as necessary to modernize Indian farming.

Because of the demographics of Punjab and Haryana, many of the protesters in New Delhi happen to be from India’s minority Sikh religion, though their grievances are rooted in economic issues, not religious ones. Protests are also happening in other parts of the country among Indians of other backgrounds.

In recent weeks, people who are not farmers have also joined in, and the protests gained momentum in November when the farmers tried to march into New Delhi but were stopped by police. Since then, they have promised to hunker down at the edge of the city until the laws are repealed.

What Are Their Concerns?

At the heart of these protests are Indian farmers’ fears that the government’s moves to introduce market reforms to the farming sector will leave them poorer—at a time when they are already frustrated over their declining clout as the government aims to turn India into a hub for global corporations.

The new legislation is not clear on whether the government will continue to guarantee prices for certain essential crops—a system that was introduced in the 1960s to help India shore up its food reserves and prevent shortages.

While the government has said it is willing to pledge the guaranteed prices will continue, the farmers are skeptical and want new legislation that says such prices are their legal right.

Farmers also fear that the legislation signals the government is moving away from a system in which an overwhelming majority of farmers sell only to government-sanctioned marketplaces. They worry this will leave them at the mercy of corporations that will have no legal obligation to pay them the guaranteed price anymore.

The government argues that this is designed to give farmers more choice in who to sell their produce to.

Clauses in the legislation also prevent farmers from taking contract disputes to courts, leaving them with no independent means of redress apart from government-appointed bureaucrats.

These perceived threats to their income terrify India’s farmers, who are mostly smallholders: A staggering 68 percent of them own less than 1 hectare of land. In some states, farming families earn just $271 on average annually.

Why Are These Protests Significant?

Farmers form the most influential voting bloc in India—and are often romanticized as the heart and soul of the nation.

Politicians have long considered it unwise to alienate them, and farmers are also particularly important to Mr. Modi’s base. Northern Haryana and few other states with substantial farmer populations are ruled by his party.

Since the legislation was passed, Mr. Modi’s government has lost two political alliance partners and some of his own leaders are cautioning him to tread carefully.

The protests against the Modi government are the biggest since he first came to power in 2014. They come at a time when the country’s economy has tanked, social strife has widened, protests have erupted against laws some deem discriminatory and the government has been questioned over its response to the coronavirus pandemic.

What Is the Government Saying?

The Modi government says the legislation will benefit farmers by boosting production through private investment.

The government has offered to amend the laws and suspend their implementation for 18 months—but that has not satisfied farmers who want a full repeal.

Mr. Modi’s government also initially tried to discredit the Sikh farmers by dismissing their concerns as motivated by religious nationalism. Some leaders in Mr. Modi’s party called them “Khalistanis,” a reference to a movement for an independent Sikh homeland called “Khalistan” in the late 1980s and early 1990s.

Under Mr. Modi, India has seen a rising tide of Hindu nationalism that has rankled minority groups, mostly Muslims. Some leaders from Mr. Modi’s party and India’s freewheeling TV channels, which have long favored government’s Hindu nationalistic policies, have called the farmers “anti-national,” a label often given to those who criticize Mr. Modi or his policies.

But such allegations appear to have backfired, further angering the farmers, many of whose family members serve in the Indian army, police and civil service. Since then, common citizens also joined them, and the protests have gathered strength.

What Does It Mean for Mr. Modi?

While this is a major challenge to his government, Mr. Modi’s popularity is still soaring and his approval ratings remain high because of his Hindu-nationalist policies.

Many agriculture experts agree that the Indian farming sector needs reforms, but they question the way the Modi government introduced the laws and the corporate involvement in agriculture.

“Leaving farmers to the mercy of the markets would be like a death sentence to them,” said Devinder Sharma, an agriculture expert who has spent the last two decades campaigning for income equality for Indian farmers. “We are talking about people who feed us.”

Critics also highlight what they see as the Modi government’s tendency to push through reforms without building consensus. When the laws were passed in Parliament, Mr. Modi’s party refused to extend the debate over it despite repeated requests from the opposition. It also denied referring the laws to a special committee, where members could further discuss them. 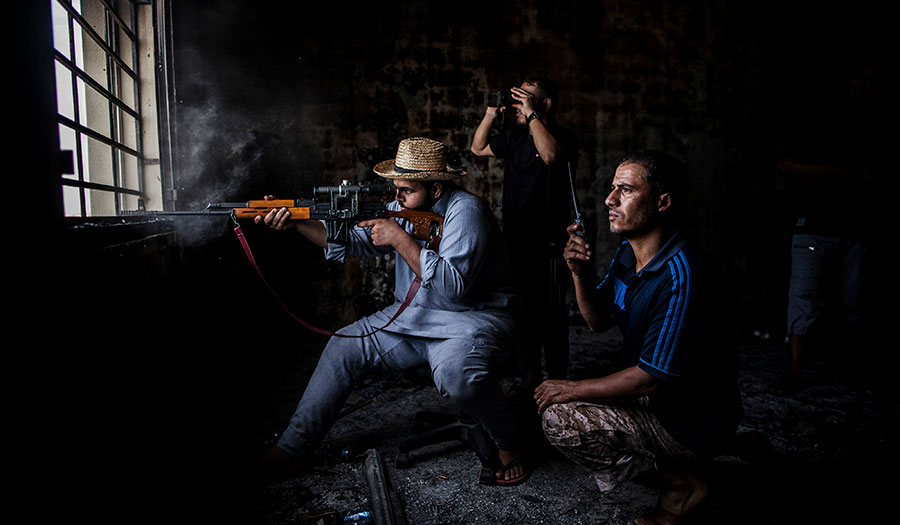 Why Can’t We Find Peace?
Waterloo. Gettysburg. Stalingrad. Midway. All were considered some of history’s “greatest” battles on account of how they changed the course of events in their times.