This website requires the use of Javascript to function correctly. Performance and usage will suffer if it remains disabled.
How to Enable Javascript
Burned Bodies Found Near Mexico-U.S. Border Thought to Be Migrants

Burned Bodies Found Near Mexico-U.S. Border Thought to Be Migrants 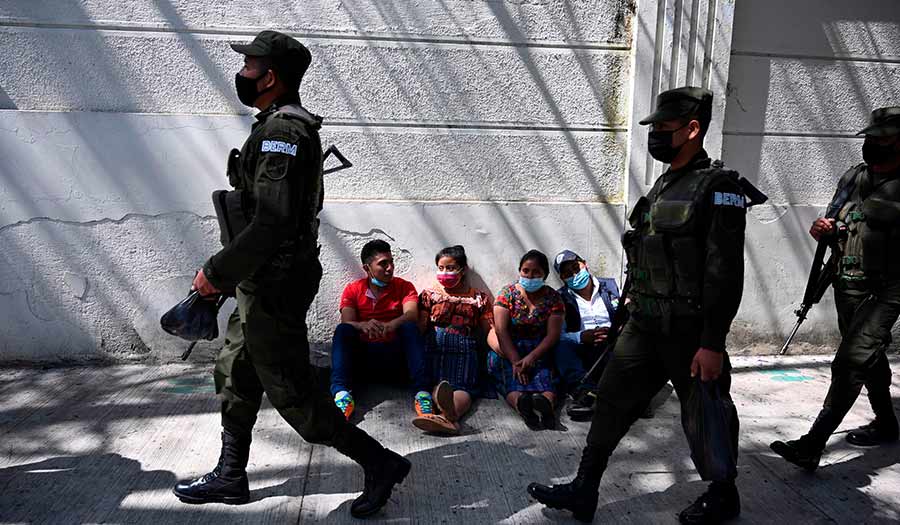 People remain outside the Ministry of Foreign Affairs in Guatemala City after giving details of their relatives who might be among people found burned to death on a rural road in the state of Tamaulipas, Mexico (Jan. 25, 2021).

CIUDAD VICTORIA, Mexico (AP) – Mexican authorities say they have found 19 shot and burned bodies near a town across the Rio Grande from Texas in an area that has seen violent territorial disputes between organized crime groups in recent years. Relatives of migrants from Guatemala said Monday they believe that 13 of the 19 charred corpses could be their loved ones and the country’s Foreign Ministry said it was collecting DNA samples from a dozen relatives to see if there was a match with any of the bodies.

If true, the killings would revive memories of the 2010 massacre of 72 migrants in the same gang-ridden state of Tamaulipas.

The Tamaulipas state prosecutor’s office said late Saturday that the bodies were discovered along a dirt road outside Camargo after residents reported a burning vehicle. Authorities found two vehicles on fire, one containing four bodies and the other 15. Some rifles were also found.

All had been shot, but shells were not found at the site, leading investigators to believe they were killed somewhere else.

A Camargo official, who requested anonymity due to security concerns, said the killings occurred Friday, but people had been afraid to report them.

Camargo is a major smuggling transit point for drugs and migrants. Organized crime groups covet control of stretches of the border because they make money off everything that crosses the border.

Camargo is near the edge of territory historically controlled by the Gulf cartel and in recent years, a remnant of the Zetas known at the Northeast cartel has tried to take over.

In January 2020, 21 bodies, most burned, were found in various vehicles near the neighboring town of Ciudad Mier. Days later, the Mexican army killed 11 alleged gunmen in the area.