This website requires the use of Javascript to function correctly. Performance and usage will suffer if it remains disabled.
How to Enable Javascript
Aung San Suu Kyi’s Party Claims to Have Won Majority in Myanmar Polls 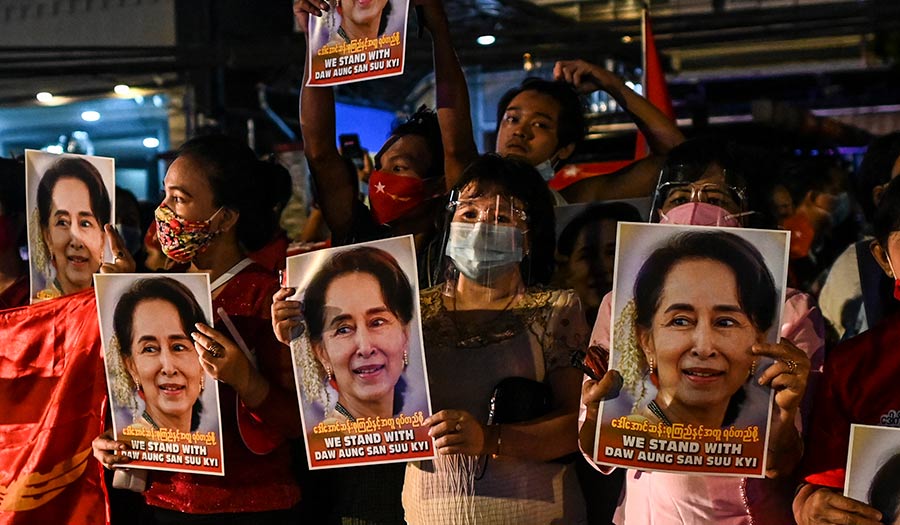 Ye Aung Thu/AFP via Getty Images
Supporters of the National League for Democracy party hold posters with the image of Myanmar state counsellor Aung San Suu Kyi during celebrations after party officials said they were confident of a landslide victory in a weekend election (Nov. 9, 2020).

YANGON, Myanmar (AP) – Myanmar’s ruling National League for Democracy claimed Monday it had won a clear parliamentary majority and would retain power, even though the state election body has named just a few of the winners in Sunday’s elections.

The Union Election Commission earlier said full results may take a week. By 8 p.m., it had announced the winners of just nine of Parliament’s 642 seats, all nine NLD candidates.

An NLD spokesperson, Monywa Aung Shin, said the party had confirmed it won more than 322 seats—a majority—but the final outcome “would be likely more than” the party’s goal of 377 seats.

An NLD victory was widely expected since its leader, Nobel Peace Prize laureate Aung San Suu Kyi, is immensely popular. Some had speculated its totals might be cut because of deteriorating relations with ethnic minority-based parties, with whom her party had cooperated in 2015 elections.

The United States and other observers have expressed concern about how the election was conducted, especially the disenfranchisement of the Rohingya minority.

“Nevertheless, we are concerned by the large number of unelected seats constitutionally reserved for the military; the disfranchisement of groups including Rohingya; cancellation of voting in parts of several states and regions; and the disqualification of candidates based on arbitrary application of citizenship and residency requirements, which prevent the realization of a more democratic and civilian government,” Mr. Pompeo said in a statement released by the State Department.

The Fortify Rights group said it was concerned about the election’s conduct as well as arrests of activists and a crackdown on free expression and assembly.

“A core principle of elections under international law is universal and equal suffrage and that is not what took place yesterday,” Ismail Wolff, regional director of Fortify Rights, said in a statement released Monday. “The international community must unequivocally condemn the disenfranchisement of Rohingya and other ethnic nationalities or risk paving the path for future violations.”

Ms. Suu Kyi, 75, has retained the mass appeal built up during her decades of democratic activism while Myanmar was under military rule. Her administration’s record has been mixed, with little economic growth and no end to armed strife with ethnic minorities seeking greater autonomy.

Outside of Myanmar, her reputation has been damaged by her failure to defend the rights of the Muslim Rohingya minority, who were targeted in a brutal counterinsurgency campaign by Myanmar’s security forces that sent 740,000 fleeing to neighboring Bangladesh.

But the issue was of little concern to most voters in Myanmar, where the Buddhist majority holds deep-seated prejudice against the Rohingya, many of whom are denied citizenship and civil rights, including the right to vote. 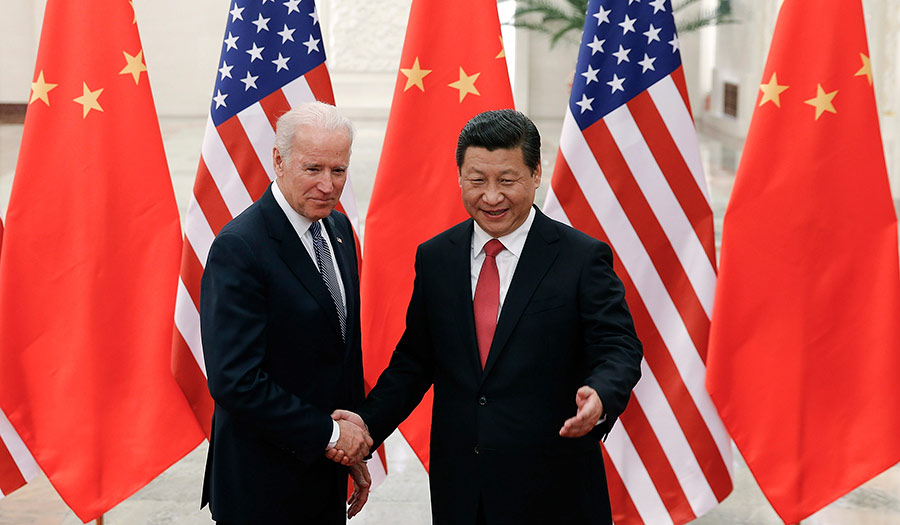 A Worried Asia Wonders: What Will Joe Biden Do?
TOKYO (AP) – As Asia comes to terms with the reality of a Joe Biden administration, relief and hopes of economic and environmental revival jostle with needling anxiety and fears of inattention.