This website requires the use of Javascript to function correctly. Performance and usage will suffer if it remains disabled.
How to Enable Javascript
Study: Dead Zone in Gulf of Mexico Will Not Disappear Any Time Soon

Study: Dead Zone in Gulf of Mexico Will Not Disappear Any Time Soon 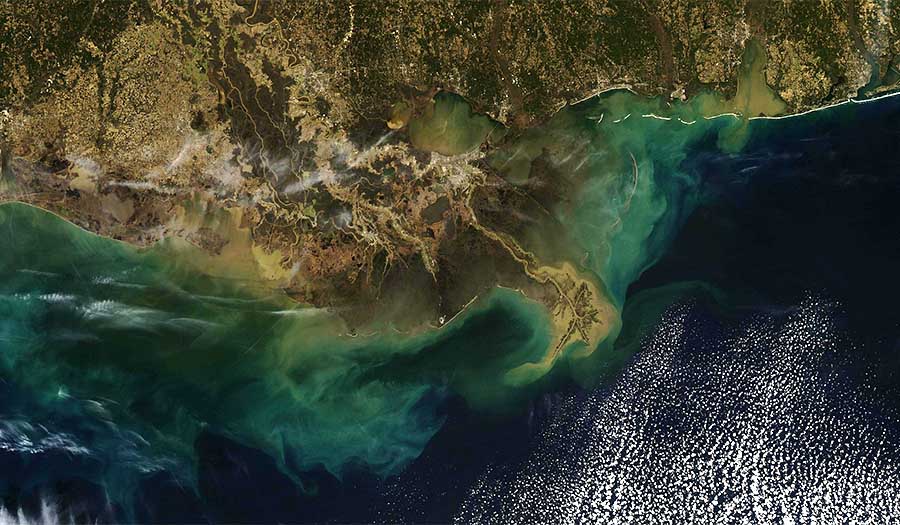 Goals for shrinking the size of oxygen-starved dead zones in the Gulf of Mexico will likely not be met, according to new findings by researchers from the University of Waterloo.

The results, which were published in the journal Science, showed that as of August 2017 the Gulf of Mexico’s dead zone was the largest ever measured.

“Despite the investment of large amounts of money in recent years to improve water quality, the area of last year’s dead zone was more than 22,000 km2—about the size of the state of New Jersey,” said Kimberly Van Meter, lead author of the paper.

Dead zones occur when nutrients from chemicals such as nitrogen and phosphorus flow into an area. These cause algal blooms that starve oxygen and prevent most marine life from thriving.

The study estimated that the amount of nitrogen being dumped into waterways—mostly through farming—must be reduced by 60 percent in order to reduce dead zones in the Gulf.

Yet this would require “long-term commitment and large-scale changes in agricultural management practices,” according to the report in Science. Even if “agricultural [nitrogen] use became 100% efficient, it would take decades to meet target [nitrogen] loads due to legacy N [pollutants that remain in the environment] within the Mississippi River Basin.”