This website requires the use of Javascript to function correctly. Performance and usage will suffer if it remains disabled.
How to Enable Javascript
North Korea Calls Latest UN Sanctions “an Act of War” 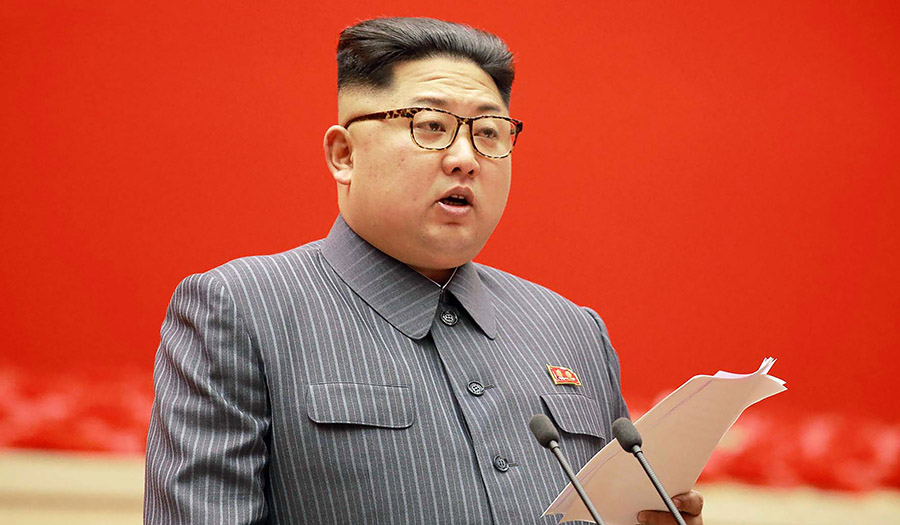 Getty Images/AFP/KCNA via KNS
North Korean leader Kim Jong Un delivers a speech during the opening of the 5th Conference of Cell Chairpersons of the Workers’ Party of Korea in Pyongyang (Dec. 21, 2017).

SEOUL, South Korea (AP) – North Korea on Sunday called the latest U.N. sanctions to target the country “an act of war” that violates its sovereignty, and said it is a “pipe dream” for the United States to think it will give up its nuclear weapons.

The U.N. Security Council unanimously approved tough new sanctions against North Korea on Friday in response to its latest launch of a ballistic missile that Pyongyang says can reach anywhere on the U.S. mainland. The resolution was drafted by the United States and negotiated with the North’s closest ally, China.

“We define this ‘sanctions resolution’ rigged up by the U.S. and its followers as a grave infringement upon the sovereignty of our Republic, as an act of war violating peace and stability in the Korean peninsula and the region and categorically reject the ‘resolution,’” North Korea’s foreign ministry said in a statement.

The ministry said the sanctions are tantamount to a “complete economic blockade” of North Korea.

“If the U.S. wishes to live safely, it must abandon its hostile policy towards the DPRK and learn to co-exist with the country that has nuclear weapons and should wake up from its pipe dream of our country giving up nuclear weapons which we have developed and completed through all kinds of hardships,” said the statement, carried by the North’s official Korean Central News Agency.

The resolution adopted by the Security Council includes sharply lower limits on North Korea’s refined oil imports, the return home of all North Koreans working overseas within 24 months, and a crackdown on ships smuggling banned items including coal and oil to and from the country.

The Trump administration’s success in achieving the resolution won praise from the top Democrat on the Senate Foreign Relations Committee, Ben Cardin of Maryland. “That was a good move,” the senator said, “a major accomplishment.”

Mr. Cardin said the stepped-up sanctions should be followed by diplomacy aimed at bringing the U.S. and China together on a sustained effort to ease tensions in that region. He spoke on “Fox News Sunday.”

But the resolution does not include even harsher measures sought by the Trump administration that would ban all oil imports and freeze international assets of the government and its leader, Kim Jong Un.

The resolution drew criticism from Russia for the short time the Security Council nations had to consider the draft, and last-minute changes to the text. Two of those changes were extending the deadline for North Korean workers to return home from 12 months to 24 months—which Russia said was the minimum needed—and reducing the number of North Koreans being put on the U.N. sanctions blacklist from 19 to 15.