This website requires the use of Javascript to function correctly. Performance and usage will suffer if it remains disabled.
How to Enable Javascript
Study: Almost Half of UK Seniors Take 5 Drugs a Day

Study: Almost Half of UK Seniors Take 5 Drugs a Day 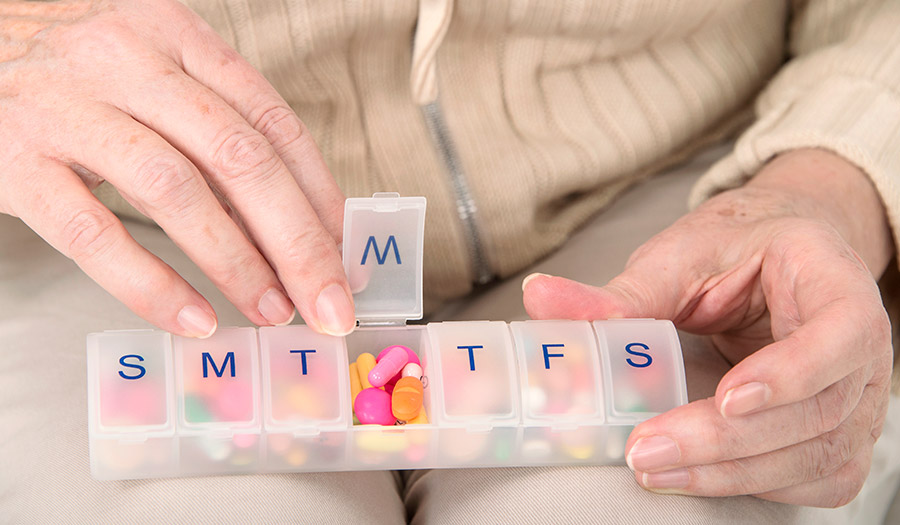 The United Kingdom’s senior population has experienced a dramatic increase in prescribed medications in recent years. A study led by Cambridge University concluded that close to half of those above age 65 take five or more different prescribed medications daily. These numbers represent a sharp surge from only 12 percent two decades ago.

The results reflect “more than 15,000 older people who took part in two long-term health studies which began in the 1990s,” Telegraph reported. “Some of those who took part in the long-term investigation said they were on up to 23 tablets every day. Researchers expressed concern at the increasing dependence on prescription and over-the-counter medicines—known as ‘polypharmacy.’”

Polypharmacy is a term for multiple medications taken simultaneously. Following increasingly complex practice guidelines, physicians will often prescribe more than one medication to address symptoms in elderly patients suffering from multiple health conditions. Patients then pop additional pills to treat the side effects of the original medications, and so on.

“Of course, in many cases polypharmacy may be entirely clinically appropriate; but not in every case,” Dr. Jenni Burt, a senior research associate at the Cambridge Centre for Health Services Research, wrote on the university’s website. “There is increasing evidence on the association of polypharmacy with a range of undesired outcomes, including reduced quality of life, medication errors, and adverse drug reactions. In research, we have typically defined polypharmacy using simple counts of medication; for example, if someone is taking five or more medications, they may be marked as a person experiencing polypharmacy. However, these approaches do not take account of whether someone taking ten medications is doing so quite rightly, as they work well together; or whether such a regimen is of concern, and causing a whole host of unforeseen problems.”

This trend is similar in the United States. An August 2017 Consumer Reports news release stated that in 2014, “1.3 million people went to U.S. emergency rooms due to adverse drug effects…and about 124,000 people died from those events, according to estimates based on data from the Centers for Disease Control and Prevention and the Food and Drug Administration.”

To complicate matters, elderly people, who are the most susceptive to polypharmacy, may sometimes struggle to keep up with so many pills they are to take, when to take them, or whether they already took them that day. In other circumstances, one physician could prescribe a medication, unaware of other prescriptions the person may already be taking from another physician.

Consumer Reports continued: “Forty-nine percent of people who regularly take prescription medication asked their prescribers whether they could stop taking a drug, CR’s survey found. Seventy-one percent of them successfully eliminated at least one medication.”

In some cases, deprescription can be as simple as someone dumping all their medications and supplements in bag, going over them once a year with a physician or pharmacist, and asking, “Which of these can I stop taking?”