This website requires the use of Javascript to function correctly. Performance and usage will suffer if it remains disabled.
How to Enable Javascript
Why Are Gas Prices So Low?

Why Are Gas Prices So Low? 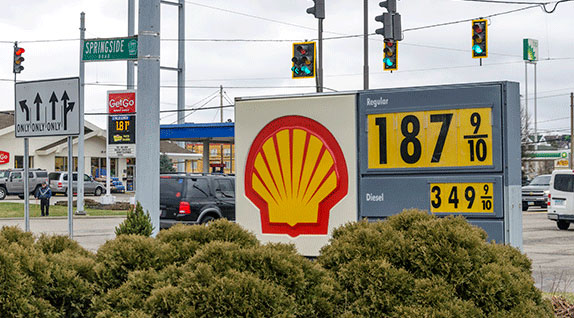 Since June 2014, gas prices throughout the world have rapidly decreased, with the price per barrel dropping from $115 in June to below $50 in January 2015.

Reuters reported that “Russia’s oil output hit a post-Soviet high last year, averaging 10.58 million barrels per day (bpd)…Iraq’s oil exports were at their highest since 1980 in December, an oil ministry spokesman said, with record sales from the country’s southern terminals.”

Usually a surplus is countered by a cut in production from other big oil producers to maintain the price of oil. Saudi Arabia, however, mandated that the Organization of the Petroleum Exporting Countries (OPEC) continue to produce 30 million barrels per day, creating an even greater surplus and consequently forcing prices down.

As the world’s largest oil exporter, Saudi Arabia possesses significant control over OPEC. It has successfully blocked appeals for production cuts from OPEC’s poorer member countries such as Venezuela and Iran.

“From Riyadh the world looks a grim place, and the Saudis have a host of concerns that they feel are not being addressed adequately, either by their allies in the West or by their partners in the region,” BBC reported.

Iran, Saudi Arabia’s rival, was most affected as oil exports account for 25 percent of its GDP. Lower prices reduce the profit Iran makes from the sale of its oil and make it less able to provide aid to other countries. Tehran is currently “paying to keep the Assad regime afloat in Syria,” The Economist reported.

Russia, which backs Iran, is also feeling the effects. The ruble has lost more than half its value.

Saudi Arabia anticipates being able to handle the lower prices. BBC continued, “…the Kingdom sits on $741 [billion] of currency reserves and posted a $15 [billion] surplus at the end of last fiscal year, and the Saudis can absorb the cost of budget deficits for a few years if needs be.”

While the United States is experiencing lower gas prices, its economy has so far been generally unaffected. Within the past year, the U.S. has augmented internal oil production, which has resulted in decreased oil imports and a diminished effect of falling global oil prices.