This website requires the use of Javascript to function correctly. Performance and usage will suffer if it remains disabled.
How to Enable Javascript
G20 Overhauls World Economy 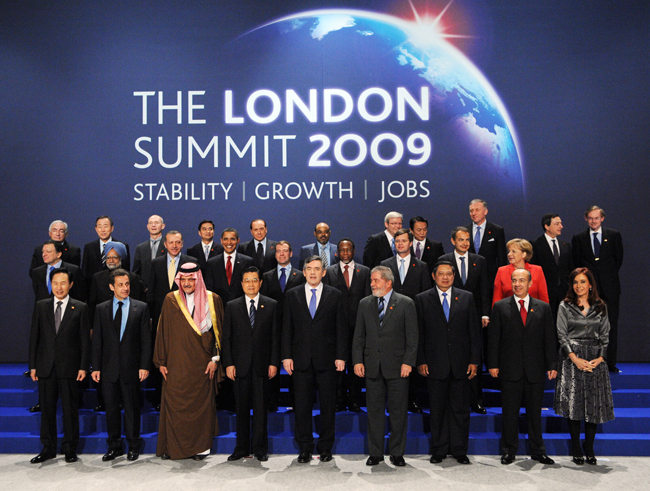 Leaders from the Group of 20 (G20) nations met on April 2, in London, England, with the most pressing issue being the global economy. The goals, summed up by the meeting’s banner, were to nurture “Stability,” “Growth” and “Jobs.”

French President Nicolas Sarkozy said the results were “beyond his expectations.”

British Prime Minister Gordon Brown, who chaired the summit, stated, “The old Washington consensus is over, today we have reached a new consensus to take global action together to deal with the problems we face.”

Mr. Brown also said, “Today’s decisions, of course, will not immediately solve the crisis. But we have begun the process by which it will be solved.” The prime minister added, “I think a new world order is emerging with the foundation of a new progressive era of international co-operation” (London Telegraph).

(Read our related article “A New World Order – Solution to the Economic Collapse?”)

In a post-summit statement, G20 leaders agreed this is a “global crisis” that “requires a global solution.”

The statement pledged to “do whatever is necessary” to:

• “Fund and reform our international financial institutions to overcome this crisis and prevent future ones.”

In the most wide-reaching decision of the day, G20 members agreed to inject $1.1 trillion USD into the International Monetary Fund, with the money used to “restore credit, growth and jobs in the world economy.”

Taken together, the statement called the G20’s efforts “a global plan for recovery on an unprecedented scale.”

World stock markets surged with confidence following the meeting. France’s CAC jumped 5.3 percent, and the Nikkei gained 4.4 percent in Japan. The London Stock Exchange increased over 4,000 for the first time since February. And the Dow Jones industrial average surged over 8,000 points, a 3 percent rise.

Two days of protests slightly tarnished the meeting’s successes. Thousands of protestors took to London’s streets, venting anger over the global economic downturn. Police arrested over 120 individuals, including a man who allegedly attempted to set fire to a branch of the Royal Bank of Scotland.

The G20 nations plan to meet again later in the year to review progress on its plans.