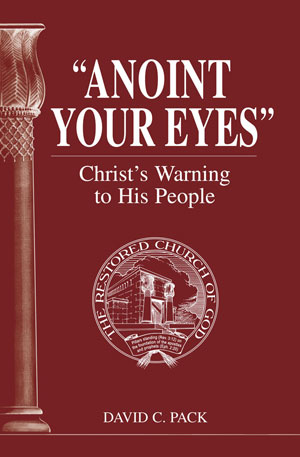 You have reached the portion of our website explaining the apostasy of the Worldwide Church of God (WCG).
Start here if you do NOT have a WCG background.

Do you know David C. Pack? 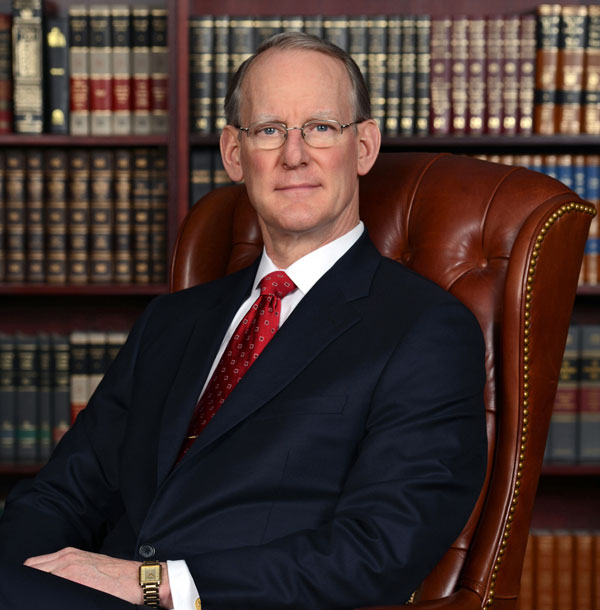 Copying the liberals of the 1970s, and the WCG apostates who succeeded Mr. Armstrong, the second largest splinter is creating an online “university” to be accredited by worldly educational institutions. This reflects much more than administrative error—it is doctrinal error with far-reaching implications! Mr. Armstrong saw this thinking comes from rebellious minds who want to remove the true Christ and the Government of God. Following are several quotes, beginning with a brief overview to set the table. Read through the last line of this brief article:

“We could now qualify for accreditation both at Pasadena and Big Sandy—but we shall not, because the GOVERNMENT of the colleges would have to be according to that which is in force in this world’s educational institutions—GOD’S government would have to go. WE ALREADY HAVE THE HIGHEST ACCREDITATION OF ALL—THAT OF ALMIGHTY GOD!”

Mr. Armstrong periodically revisited the subject of accreditation over a span of at least 20 years. His voice was clear, strong and consistent. The next statement is simply laying a foundation of proper understanding before the Church and colleges at that point, with all three colleges having been in place by 1964, one year before he wrote. As you continue to read, connect the dots—see what Mr. Armstrong saw—grasp the big picture!

“In some circles undue importance is placed on the matter of ‘accreditation.’ All these colleges and universities are ‘accredited.’ They are honored, respected, recognized as maintaining high academic standards. But ‘accreditation’ comes by joining one of the collegiate associations. There are emphatic reasons behind the Ambassador policy which does not permit joining such associations. But hundreds of Ambassador students, having come to us from the high-ranking institutions named above and many others, know that Ambassador academic standards are maintained at highest levels—and that Ambassador offers something vital—as vital as LIFE ITSELF—in a well balanced, full, and necessary education that is not to be found elsewhere.”

The next statement is from the time Mr. Armstrong began the 3½-year process of putting the Church “back on track.” The conclusion of the first sentence should hit you like a sledgehammer! Can you see what he saw?

“When Garner Ted maneuvered to shut off communication of what REALLY was going on,—when he SHUT OFF ALL AUTHORITY ABOVE HIM—he not only shut me off, but also HE SHUT OFF CHRIST AND GOD ALMIGHTY WHO STAND ABOVE ME! Brethren, THIS WORK WAS BUILT BY THE LIVING JESUS CHRIST! I was merely His instrument! But Christ has all but been PUT OUT of Ambassador College in the effort to gain this world’s ‘accreditation’ and the leaven has STARTED in the Church to get the living CHRIST out of the CHURCH!”

The next quote demonstrates that liberals will lie baldly, even to an apostle, about their true purpose. They recognize that the broader agenda must never be discovered, and hope that no one will take any given doctrinal error to be part of a pattern that could only come from the god of this world. They desperately want people to feel “reassured,” that the Church is “growing in grace and knowledge”—or that there has not even been a change. Remember the apostates!

“Result? A number of Ph.D.s from various universities were brought into the college, and the Big Sandy student body was moved to Pasadena. Bible truth was being rapidly watered down and permissiveness escalated.”

The next quote begins with a paragraph that should have you questioning the mind of any leader who wants to pursue accreditation. This includes the newly appointed “university” chief executive officer, who for over ten years accepted and publicly endorsed virtually all the WCG doctrinal changes.

“GOD COULD NOT USE, as the human spiritual LEADER over His people in His CHURCH, one whose mind was first stuffed with this false materialistic and worldly KNOWLEDGE, ATTITUDE AND PSYCHOLOGICAL APPROACH TO WHAT IS BELIEVED AND UNDERSTOOD!”

“I never did want the accreditation of Satan’s system of ‘higher education.’ But, on continued pressure assuring me we could have ‘accreditation’ and still be GOD’S college, I acquiesced in allowing those under me to go ahead. But never again shall we seek this world’s ‘accreditation.’ Not as long as Christ keeps me in charge!”

“What kind of men did Jesus choose as His first apostles and leaders in founding God’s CHURCH? Men Christ-EDUCATED, yet considered by the public as ‘unlearned and ignorant men’ (Acts 4:13).”

The last quote is merely a summary looking back from a point near the end of Mr. Armstrong’s life. It shows his position never changed and that he saw accreditation as part of a liberal, Protestant direction that had taken root.

“So much of what was going on in Pasadena was kept from me that I did not realize the direction the Church was actually traveling into controversy, liberalism and either Protestantism or total secularism.

“It was then that the matter of obtaining accreditation from the organized accreditation societies of secular education became a problem. The liberals at Pasadena wanted accreditation. They did not want to be accredited as a Bible college, but as a full competing college or university. As such the college would fall under the rules of the secular accrediting society, which would more or less determine policy and curricula.”

“Recent History of the Philadelphia Era of the Worldwide Church of God,” WN, SPECIAL EDITION, June 24, 1985

The presence of Mr. Armstrong was seen in both the 1970s and later, after his death, as an impediment to accreditation. Of course, Ambassador College became a “university” and was accredited not long after he was gone. The result? College morals and standards crashed. By no stretch was it remotely close to remaining God’s college. It quickly collapsed under the weight of carnal leadership at work destroying the Church.

Mr. Armstrong connected the resulting controversy to the central and inseparable elements of liberalism, Protestantism, secularism, materialism, psychology, the praise and acceptance of Satan’s institutions, political maneuvering and cover-up, rebellion against God’s government, permissiveness, leaven, watering down of the truth—and the outright deceit necessary to slip it past God’s people. Can you see this? Will you see this? Does the overall pattern of broad doctrinal compromise look familiar? Do you care? Will you examine what has long been developing in this splinter—but also in all the others? Will you investigate the bigger picture? Mr. Armstrong is no longer here to warn as before, but I have given you his judgment—and his understanding—of accreditation!

I have recently been posting short articles and book excerpts to jolt God’s people. If you feel jolted, start with my book ŌĆ£Anoint Your EyesŌĆØ ŌĆō ChristŌĆÖs Warning to His People.