This website requires the use of Javascript to function correctly. Performance and usage will suffer if it remains disabled.
How to Enable Javascript
A ‘Barbed Wire Curtain’ Rises in Europe amid War in Ukraine

A ‘Barbed Wire Curtain’ Rises in Europe amid War in Ukraine 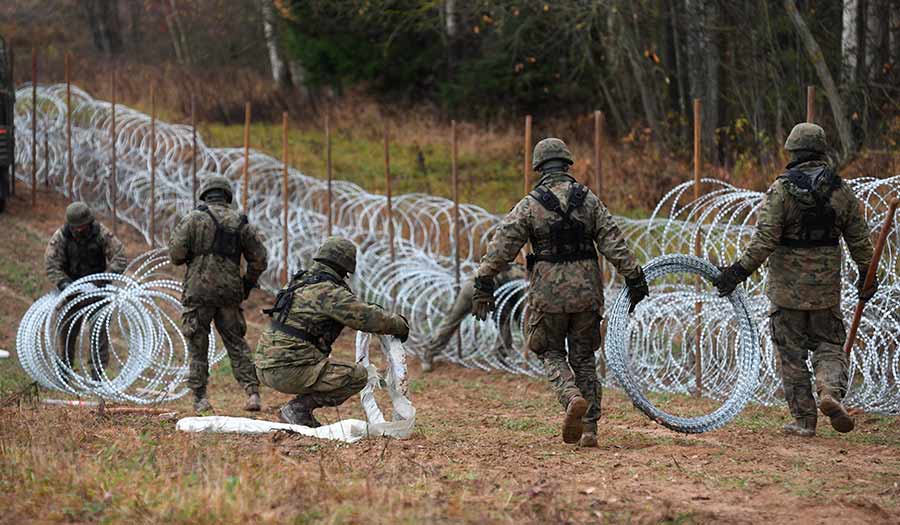 WARSAW, Poland (AP) – The long border between Finland and Russia runs through thick forests and is marked only by wooden posts with low fences meant to stop stray cattle. Soon, a stronger, higher fence will be erected on parts of the frontier.

Earlier this month, Polish soldiers began laying coils of razor wire on the border with Kaliningrad, a part of Russian territory separated from the country and wedged between Poland and Lithuania. Cameras and an electronic monitoring system will also be installed on the area that once was guarded only by occasional patrols of border guards.

The fall of the Berlin Wall more than 30 years ago symbolized hope for cooperation with Moscow. Now, Russia’s war in Ukraine has ushered in a new era of confrontation in Europe—and the rise of new barriers of steel, concrete and barbed wire. These, however, are being built by the West.

“The Iron Curtain is gone, but the ‘barbed wire curtain’ is now unfortunately becoming the reality for much of Europe,” said Klaus Dodds, a professor of geopolitics at Royal Holloway, University of London. “The optimism that we had in Europe after 1989 is very much now gone.”

Fear and division have replaced the euphoria when Germans danced atop the Berlin Wall and broke off chunks of the barrier erected in 1961 by Communist leaders. It stretched for nearly 100 miles, encircling West Berlin until 1989, when East German authorities opened crossings following mass protests. Within a year, East and West Germany were reunited.

Some countries in the European Union began building border fences as a response to more than 1 million refugees and other migrants entering southern Europe from the Middle East and Africa in 2015 alone. In 2015 and 2016, Russia ushered thousands of asylum-seekers, also mostly from the Middle East, to border checkpoints in northern Finland.

When relations with Belarus deteriorated after its authoritarian President Alexander Lukashenko was declared the winner of the 2020 election widely seen as fraudulent, the government in Minsk sent thousands of migrants across the EU’s frontiers in what Mr. Dodds called “hybrid warfare.” In response, Poland and Lithuania erected walls along their borders with Belarus.

Michal Baranowski, head of the Warsaw office of the German Marshal Fund think tank, said most security analysts believe Belarus coordinated its effort with Moscow, “in effect destabilizing our borders ahead of war in Ukraine.”

Fearing another migration crisis as a response to sanctions against Moscow because of the nearly nine-month war in Ukraine, European leaders have begun hardening their borders.

Finnish Prime Minister Sanna Marin announced plans to fortify parts of her country’s 830-mile border—the longest with any EU member. Moscow has threatened “serious military-political consequences” against Finland and Sweden for seeking to join NATO, and Ms. Marin said the fortifications would help defend the nation against the “hybrid threat” of possible large-scale and irregular migration orchestrated by the Kremlin.

The new barriers offer little protection from missiles or tanks. Governments instead expect the walls, fences and electronic surveillance to provide better control of their borders and to stop large migrant surges.

Mr. Dodds says Russia has been weaponizing migration for several years as it engages in a “civilization conflict with its European neighbors.”

Russia bombed and harassed Syria’s population in 2015 “in a deliberate attempt to create a humanitarian crisis,” he said.

“I think one of the difficulties we sometimes have outside of Russia is in actually appreciating quite how cynical, quite how calculating, quite how deliberate some of this work is,” said Mr. Dodds, author of “The New Border Wars: The Conflicts that Will Define Our Future.”

Russia’s use of migrants to create social discord in places like Poland, Lithuania and Latvia has led to those governments not offering them the chance to apply for asylum and refusing them entry in many cases—as has happened in other European countries like Greece and Hungary.

Those pushed back to Belarus have been subjected to abuse by Belarusian guards who initially helped them cross the borders, according to human rights groups.

Human rights activists in Poland have protested the 18-foot steel wall erected along 115 miles of its border with Belarus, arguing that it keeps out the weakest people but not the most determined.

Anna Alboth of the Minority Rights Group has spent months at that border and said she has seen people use ladders to scale the fence or tunnel under it.

Since the wall was finished last summer, about 1,800 migrants who made it inside Poland and found themselves in forests desperate for food, water or medicine have called Grupa Granica, an umbrella organization Ms. Alboth co-founded.

“It’s very difficult territory, the east of Poland,” she said. “There are a lot of animals. I had a situation where I went to one group and I stepped on people who were half-conscious. I am sure there were many people like this.”

She said she recently encountered groups of women from Sudan who appeared to be human trafficking victims, as well as medical students from Africa who were in their fifth year of studies in Russia.

“They said ‘Russia is falling apart and we want to live in a normal country,’” Ms. Alboth said.

A Polish government security official, Stanislaw Zaryn, acknowledged the border wall doesn’t stop everyone seeking to cross illegally, but added: “It does allow our forces to act rapidly and more efficiently, without the need to deploy as much manpower as before.”

Both that wall and the fence with Kaliningrad “convey a strong message to Minsk and Moscow that Poland takes the security and integrity of its borders extremely seriously,” Mr. Zaryn said. “I believe that Belarus and Russia will think twice before pursuing again the weaponization of migration.”

Mr. Dodds said he understands the impulse to build walls but warns that they rarely work as intended, often pushing migrants onto more hazardous journeys.

While militarized borders might be popular, they also tend to dehumanize desperate migrants, who often are willing to risk the danger of border crossings for a better life.

Building such walls and fences “sucks empathy and compassion from our societies,” Mr. Dodds said. 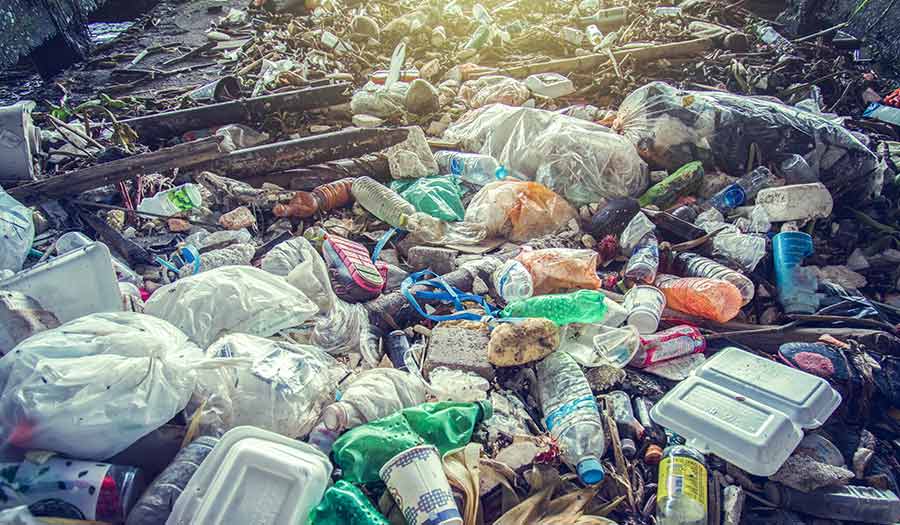 Man’s Insoluble Problems—Why?
The world is filled with problems—disease, pollution, poverty, ignorance, religious confusion, war, terrorism, crime, violence, hunger, immorality, slavery, oppression, political upheaval and much more. Why? With the passing of time come more problems, not less. Why? Also, existing problems grow collectively worse instead of better. Why? Why, at every turn, has man bungled and botched all efforts to solve his truly great problems?