This website requires the use of Javascript to function correctly. Performance and usage will suffer if it remains disabled.
How to Enable Javascript
House Approves Antitrust Bill Targeting Big Tech Dominance 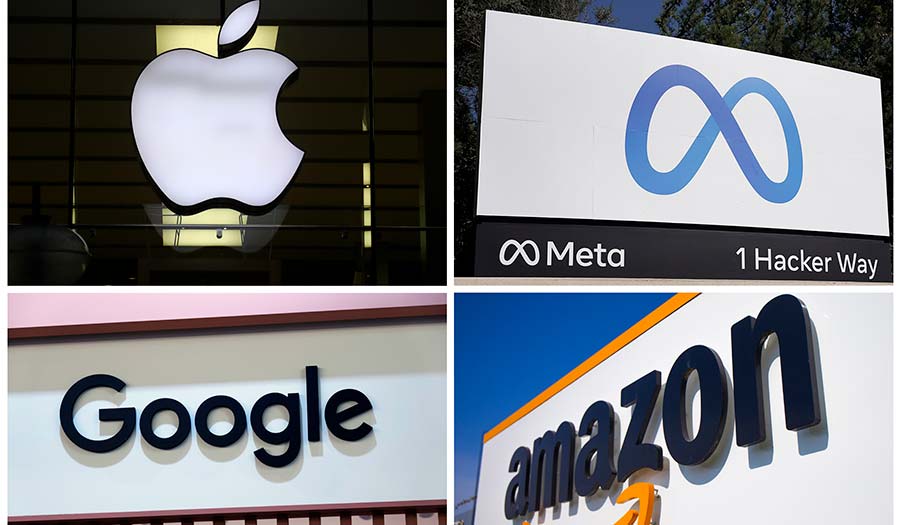 The bipartisan measure passed by a 242-184 vote. It was separated from more ambitious provisions aimed at reining in Meta, Google, Amazon and Apple and cleared by key House and Senate committees. Those proposals have languished for months, giving the companies time for vigorous lobbying campaigns against them.

The more limited bill would give states an upper hand over companies in choosing the location of courts that decide federal antitrust cases. Proponents say this change would avert the “home-court advantage” that Big Tech companies enjoy in federal court in Northern California, where many of the cases are tried and many of the companies are based.

Many state attorneys general have pursued antitrust cases against the industry, and many states joined with the Justice Department and the Federal Trade Commission in their landmark lawsuits against Google and Meta (then called Facebook), respectively, in late 2020.

The bill also would increase filing fees paid by companies to federal agencies for all proposed mergers worth $500 million or more, while reducing the fees for small and medium-sized transactions. The aim is to increase revenue for federal enforcement efforts.

Under the bill, companies seeking approval for mergers would have to disclose subsidies they received from countries deemed to pose strategic or economic risks to the United States—especially China.

“We find ourselves in a monopoly moment as a country,” Representative Lori Trahan (Democrat, Massachusetts) said before the vote. “Multibillion-dollar corporations have grown into behemoths, eliminating any real competition in their industries and using their dominance to hurt small businesses and consumers. Meta’s monopoly power has enabled it to harm women, children and people of all ages without recourse. Amazon has used its dominance to copy competitors’ products and run small businesses into the ground.”

The Biden administration, which has pushed for antitrust legislation targeting Big Tech, endorsed the bill this week.

The legislation drew fierce opposition from conservative Republicans who split from their GOP colleagues supporting the bill. The conservatives objected to the proposed revenue increase for the antitrust regulators, arguing there has been brazen overreach by the FTC under President Joe Biden.

If Republicans win control of the House or Senate in the November elections, they are certain to try to crimp the activism of the FTC and to challenge its broader interpretation of its legal authority.

The more sweeping antitrust proposals would restrict powerful tech companies from favoring their own products and services over rivals on their platforms and could even lead to mandated breakups separating companies’ dominant platforms from their other businesses. They could, for example, prevent Amazon from steering consumers to its own brands and away from competitors’ products on its giant e-commerce platform.

The drafting of that legislation marked a new turn in Congress’ effort to curb the dominance of the tech giants and anti-competitive practices that critics say have hurt consumers, small businesses and innovation. But the proposal is complex and drew objections to some provisions from lawmakers of both parties, even though all condemn the tech giants’ conduct.

Lawmakers have faced a delicate task as they try to tighten reins around a powerful industry whose services, mostly free or nearly so, are popular with consumers and embedded into daily life.