This website requires the use of Javascript to function correctly. Performance and usage will suffer if it remains disabled.
How to Enable Javascript
Assassination of Japan’s Shinzo Abe Stuns World Leaders 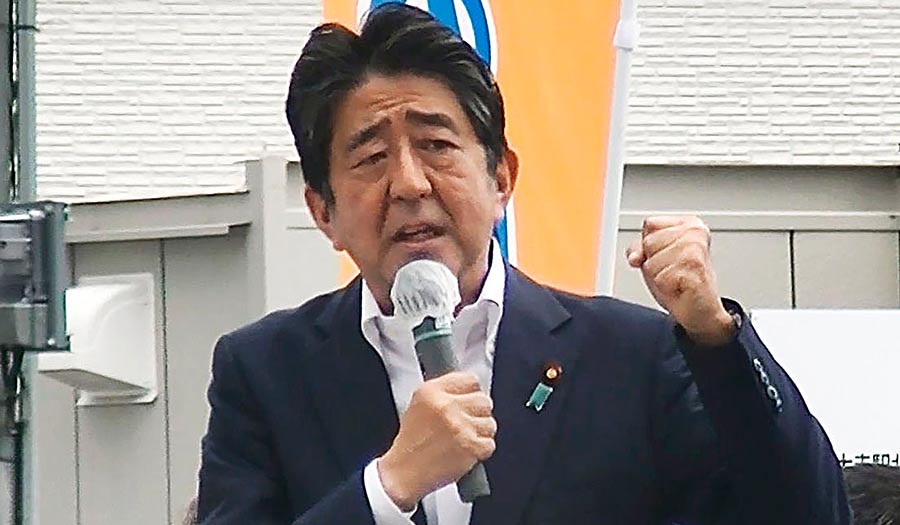 Kyodo News via AP
In this image from a video, Japan’s former Prime Minister Shinzo Abe makes a campaign speech in Nara, western Japan, shortly before he was shot (July 8, 2022).

Tributes poured in as governments expressed sorrow and solidarity with Japan over the loss of Abe, who was Japan’s longest-serving leader before stepping down in 2020 for health reasons.

Abe, 67, was shot from behind in Nara in western Japan while giving a campaign speech. He was airlifted to a hospital and later pronounced dead.

U.S. President Joe Biden said he was “stunned, outraged, and deeply saddened” and offered his condolences to Abe’s family.

“This is a tragedy for Japan and for all who knew him,” Mr. Biden said. “His vision of a free and open Indo-Pacific will endure. Above all, he cared deeply about the Japanese people and dedicated his life to their service.”

Japanese Prime Minister Fumio Kishida, who hastily returned to Tokyo from campaign events around the country, condemned the “unforgivable act.” He said campaigning as well as Sunday’s elections for parliament’s upper house will proceed.

“The free and fair election, which is the root of democracy, needs to be protected no matter what. We will not be defeated by violence,” Mr. Kishida said.

Ukraine President Volodymyr Zelenskyy tweeted his “deepest condolences to his family and the people of Japan at this difficult time.”

“This heinous act of violence has no excuse,” he added.

Iran decried the shooting as “an act of terrorism.”

“As a country that has been a victim of terrorism and has lost great leaders to terrorists, we are following the news closely and with concern,” Iran’s Foreign Ministry spokesperson said.

Public broadcaster NHK aired a dramatic video of Abe giving a speech outside a train station in Nara. He is standing, dressed in a navy blue suit, raising his fist, when two gunshots are heard. The video then shows Abe collapsed on the street.

Jordan’s King Abdullah II said he was profoundly shocked and saddened by the attack. “The world lost a great leader, and Jordan and I lost a true friend,” the monarch tweeted.

New Zealand Prime Minister Jacinda Ardern expressed her shock about the shooting. She said Abe was one of the first leaders she met after taking office and described him as deeply committed to his role, generous and kind.

“I recall him asking after the recent loss of our pet when I met him, a small gesture but one that speaks to the kind of person he is,” Ms. Ardern said. “Events like this shake us all to the core.”

In the NHK video, security guards are seen leaping on top of a man in a gray shirt who lies face down on the pavement. A double-barreled device that appeared to be a handmade gun is seen on the ground.

Police arrested a suspect at the scene. Under Japanese law, possession of firearms is illegal without a special license. Importing them is also illegal.

Leaders from Germany, Pakistan, Sweden and the Philippines were also among those who gave their condolences, and many countries including Spain and France expressed solidarity with Japan. Indian Prime Minister Narendra Modi announced a day of national mourning on Saturday as a mark of deepest respect for Abe.

“Mr. Abe made an immense contribution to elevating India-Japan relations to the level of a special strategic and global partnership. Today, whole India mourns with Japan and we stand in solidarity with our Japanese brothers and sisters in this difficult moment,” Modi said.

Australian Prime Minister Anthony Albanese said Abe was one of Australia’s closest friends and a “giant on the world stage,” adding that “his legacy was one of global impact, and a profound and positive one for Australia. He will be greatly missed.”

Former German Chancellor Angela Merkel, whose time in office from 2005-2021 largely overlapped Abe’s, said she was “deeply shocked and devastated” by the “cowardly and vile assassination.”

“My first thoughts are with his wife and family,” she said in a statement. “I grieve with them. I wish them comfort and support.”

Taiwan’s government said “Abe spared no effort to push for the progress of Taiwan-Japan relations for many years,” noting his efforts during the COVID-19 pandemic for the Japanese government to donate vaccines to Taiwan.

“Italy is distraught over the terrible attack against Japan and its free, democratic debate. Abe was a great protagonist of Japanese and international political life in recent decades, thanks to his innovative spirit and reformist vision,” Mr. Draghi said in a statement.

The International Olympic Committee praised Abe for his “vision, determination and dependability” that allowed it to postpone the 2020 Tokyo Olympics for one year because of the COVID-19 pandemic. It said the Olympic flag will be flown at half staff at Olympic House in Lausanne for three days.

Former U.S. President Donald Trump said he hoped Abe’s killer will be dealt with “swiftly and harshly.” “Really BAD NEWS FOR THE WORLD!” he said on his social media platform. He said Abe “was a unifier like no other, but above all, he was a man who loved and cherished his magnificent country, Japan. Shinzo Abe will be greatly missed. There will never be another like him!” 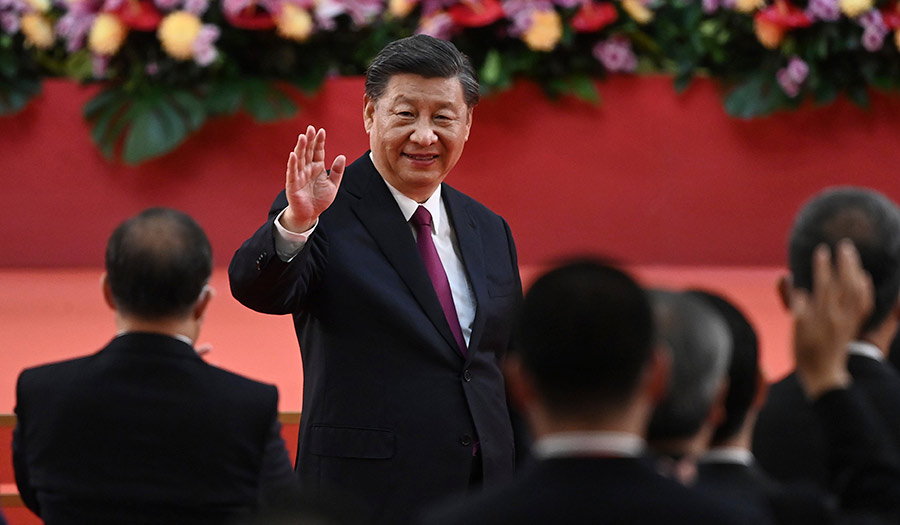 President Xi Defends Vision of Hong Kong on 25th Anniversary of Return
HONG KONG (AP) – China’s leader Xi Jinping marked the 25th anniversary of Hong Kong’s return with a speech Friday that emphasized Beijing’s control over the former British colony under its vision of “one country, two systems”—countering criticism that the political and civic freedoms promised for the next quarter-century have been largely erased under Chinese rule.