This website requires the use of Javascript to function correctly. Performance and usage will suffer if it remains disabled.
How to Enable Javascript
Congo Official: Rwanda Will Have War if It Wants War

Congo Official: Rwanda Will Have War if It Wants War 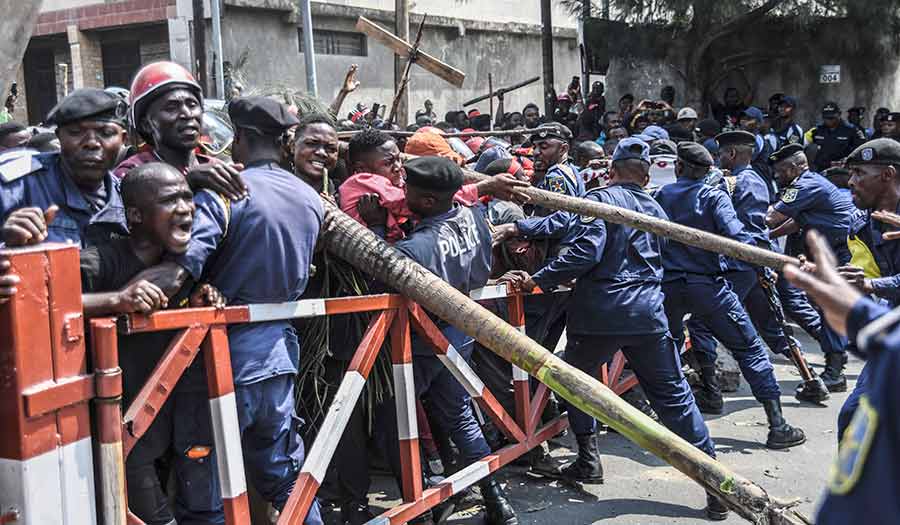 AP/Moses Sawasawa
Demonstrators are stopped by police as they try to march toward the border with Rwanda, in Goma, Democratic Republic of Congo (June 15, 2022).

GOMA, Congo (AP) – If Rwanda wants war with neighboring Congo, “it will have war,” a top Congolese military official said Wednesday to thousands in eastern Congo protesting the recent capture of a nearby town by rebels.

General Sylvain Ekenge, spokesman for the military governor of North Kivu province, made the inflammatory comments to protesters in the city of Goma before asking them to demonstrate peacefully.

“Rwanda does not like us. We are not afraid of it and we will fight it,” Gen. Ekenge said. “If it wants war, it will have war,” he said, adding: “No one will occupy a single centimeter of our territory.”

The escalating tensions come after the M23 rebel movement seized Bunagana, a key town in eastern Congo, on Monday.

Mr. Kenyatta, chairman of the East African Community, said this Sunday’s meeting of regional commanders should be used to finalize preparations for immediate deployment to North and South Kivu and Ituri provinces.

He called for a cessation of hostilities and for the three provinces to be declared a “weapons-free zone” where anyone outside mandated forces would be disarmed.

An official with the UN peacekeeping mission in Congo, known as MONUSCO, said Wednesday it could not confirm whether Rwandan or Ugandan forces helped the M23 rebel movement seize Bunagana.

“MONUSCO has not been able to verify by its own means these allegations,” Lieutenant Frederic Harvey, the mission’s chief of liaison with the Congolese army, said during a weekly news conference.

Rwanda and Uganda have denied for years that they support the M23 rebel movement. Many of the M23 fighters are Congolese ethnic Tutsis and Rwanda’s president is of Rwandan Tutsi descent. M23 has in turn accused Congolese officials of stoking xenophobia.

Rwanda’s government, meanwhile, has blamed Congolese forces for injuring several civilians in cross-border shelling. On Tuesday, a government statement said that the Rwandan military “will continue to seek guarantees that cross-border attacks on Rwanda’s territory are stopped.”

The M23 rose to prominence about a decade ago when its fighters seized Goma, the largest city in Congo’s east which sits along the border with Rwanda. The rebels were pushed out of Goma and, after a peace deal, many of M23’s fighters were integrated into Congo’s national military.

But earlier this year the rebels made a comeback, launching an offensive against Congo’s military after saying the government had failed to live up to its decade-long promises.

On Wednesday, demonstrators in Goma called on the international community to intervene amid rising tensions.

“We cannot accept being attacked by neighboring countries,” said Jack Sinzahera, who was among those protesting in Goma. “That’s why today there is a popular mobilization to say no to the aggression of Rwanda and Uganda in our country.”

The demonstration was peaceful though police later fired tear gas on some protesters who tried to march to the border post separating Congo from Rwanda.

Relations between Rwanda and Congo have been fraught for decades. Rwanda alleges that Congo gave refuge to the ethnic Hutus who carried out the 1994 Rwandan genocide that killed at least 800,000 ethnic Tutsis and moderate Hutus. The two countries have long accused each other of supporting various rival armed groups. 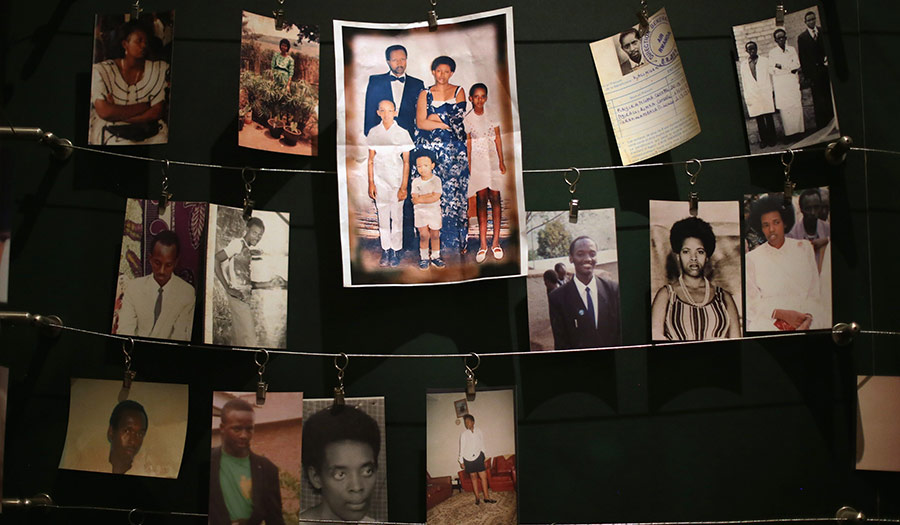 Remembering Rwanda – 100 Days of Terror
The world said “never again!” after the Holocaust, only to see the 20th century close with a genocide that left people dead at a rate three times faster. At the 25th anniversary of the Rwanda genocide, we ask: Why could it not be stopped?