This website requires the use of Javascript to function correctly. Performance and usage will suffer if it remains disabled.
How to Enable Javascript
Russia Uses New Laser Weapons in Ukraine 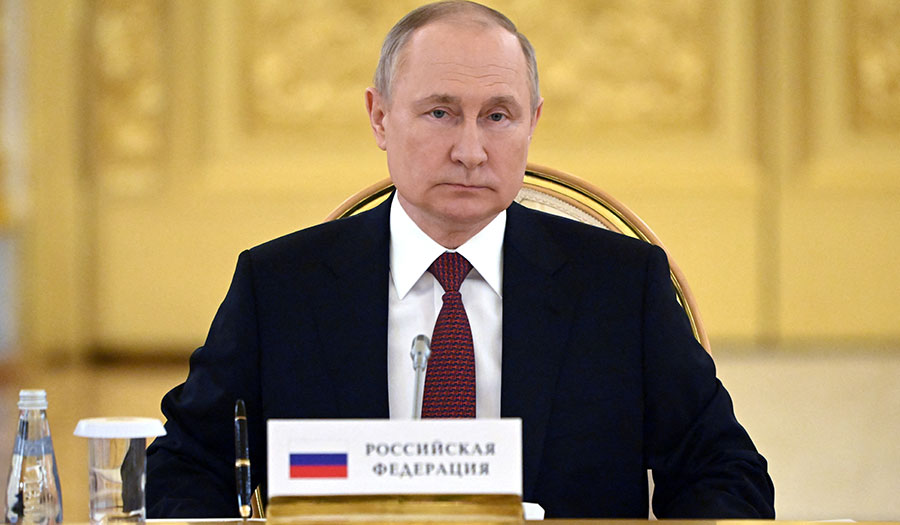 LONDON (Reuters) – Russia on Wednesday said it was using a new generation of powerful lasers in Ukraine to burn up drones, deploying some of Moscow’s secret weapons to counter a flood of Western arms.

Little is known about the specifics of the new laser. Mr. Putin mentioned one called Peresvet, named after a medieval Orthodox warrior monk Alexander Peresvet who perished in mortal combat.

Yury Borisov, the deputy prime minister in charge of military development, told a conference in Moscow that Peresvet was already being widely deployed and it could blind satellites up to 930 miles above Earth.

He said there were already more powerful systems than Peresvet that could burn up drones and other equipment. Mr. Borisov cited a test on Tuesday which he said had burned up a drone three miles away within five seconds.

“If Peresvet blinds, then the new generation of laser weapons lead to the physical destruction of the target—thermal destruction, they burn up,” he told Russian state television.

Asked if such weapons were being used in Ukraine, Mr. Borisov said: “Yes. The first prototypes are already being used there.” He said the weapon was called “Zadira.”

Ukrainian President Volodymyr Zelenskiy mockingly compared news of the lasers to the so-called wonder weapons that Nazi Germany unveiled in a bid to prevent defeat in World War II.

“The clearer it became that they had no chance in the war, the more propaganda there was about an amazing weapon that would be so powerful as to ensure a turning point,” he said in a late night video address.

“And so we see that in the third month of a full-scale war, Russia is trying to find its ‘wonder weapon’...this all clearly shows the complete failure of the mission.”

Almost nothing is publicly known about Zadira but in 2017 Russian media said state nuclear corporation Rosatom helped develop it as part of a program to create weapons-based new physical principles.

The invasion of Ukraine has illustrated the limits of Russia’s post-Soviet conventional armed forces, though Mr. Putin says the “special military operation” is going to plan.

Mr. Borisov’s remarks indicate Russia has made significant progress with laser weapons, a trend of considerable interest to other nuclear powers such as the United States and China.

Using lasers to blind satellites was once a fantasy from the realm of science fiction, but the United States, China and Russia have been working on variants of such weapons for years.

Besides the benefit of burning up drones, blinding reconnaissance systems has a strategic impact too as satellites are used to monitor intercontinental ballistic missiles carrying nuclear weapons.

Mr. Borisov said he had just returned from Sarov, which is a center of Russia’s nuclear weapons research. He said a new generation of laser weapons using a wide electromagnetic band would ultimately replace conventional weapons.

“This is not some sort of exotic idea; it is the reality,” Mr. Borisov said.